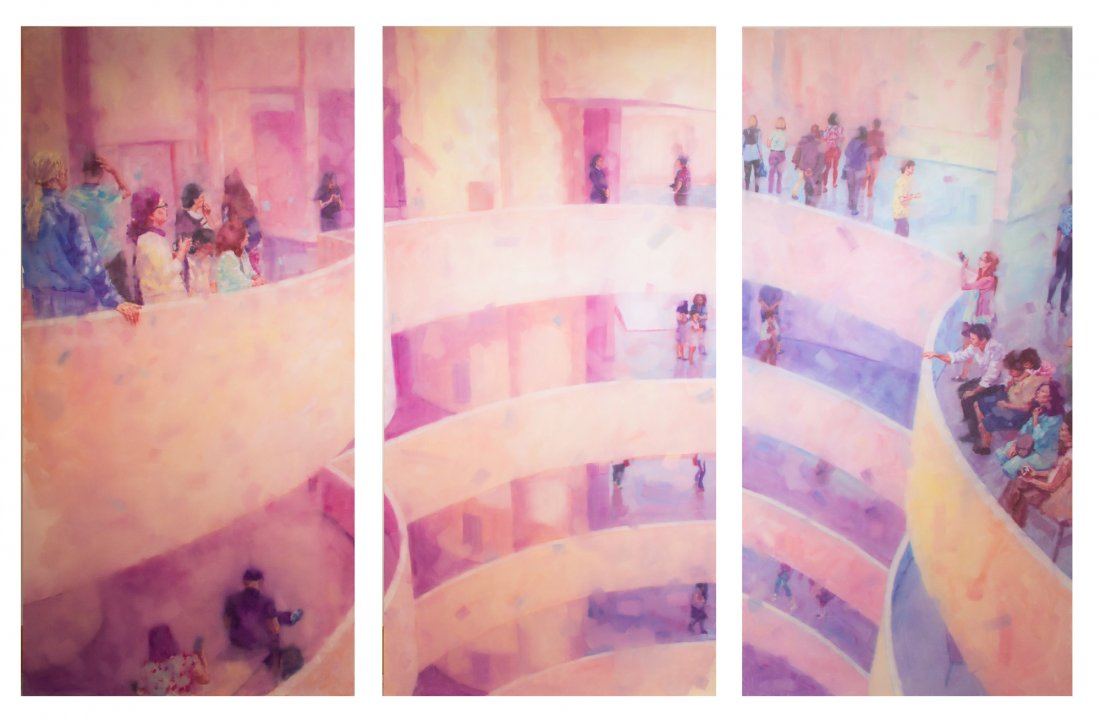 Chelsea, New York: Marlon Portales’s first solo show in the U.S., The Voyeur, brings together a series of medium and large format paintings portraying spectators in different New York museums. The artist observes viewers in a museum space and their expressions. In the intimacy of the studio, he reinterprets those impressions in painting. The Voyeur analyzes art spectators, converts them into models and places them at the center of artistic discourse. The reception of works of art, the pleasure and the impact that they produce in the subject, captivates Portales; he wishes not only to contemplate it but also to represent it.  As they view his paintings of other people viewing art, Portales’s audiences are invited to think about their own roles as spectators.

Marlon Portales (Cuba, 1991) graduated with the highest honor for his academics and professional achievements from the Superior Institute of Arts (ISA 2018). Portales is a multidisciplinary artist, working with several media, including painting, performance, installation and video. His political and ideological worldview results in works that pose sociological and philosophical questions, creating dialogues that invite universal reflection. Portales has been included in several group exhibitions and solo shows in Cuba, the United States, Spain, Germany, and Italy. He has participated in residencies such as Art OMI at OMI International Art Center, Ghent, New York (2015); Illy & UNIDEE in Citta del Arte – Fundazione Pistoletto, Biella, Italy (2016); and Fountainhead Residency, Miami, Florida (2018).