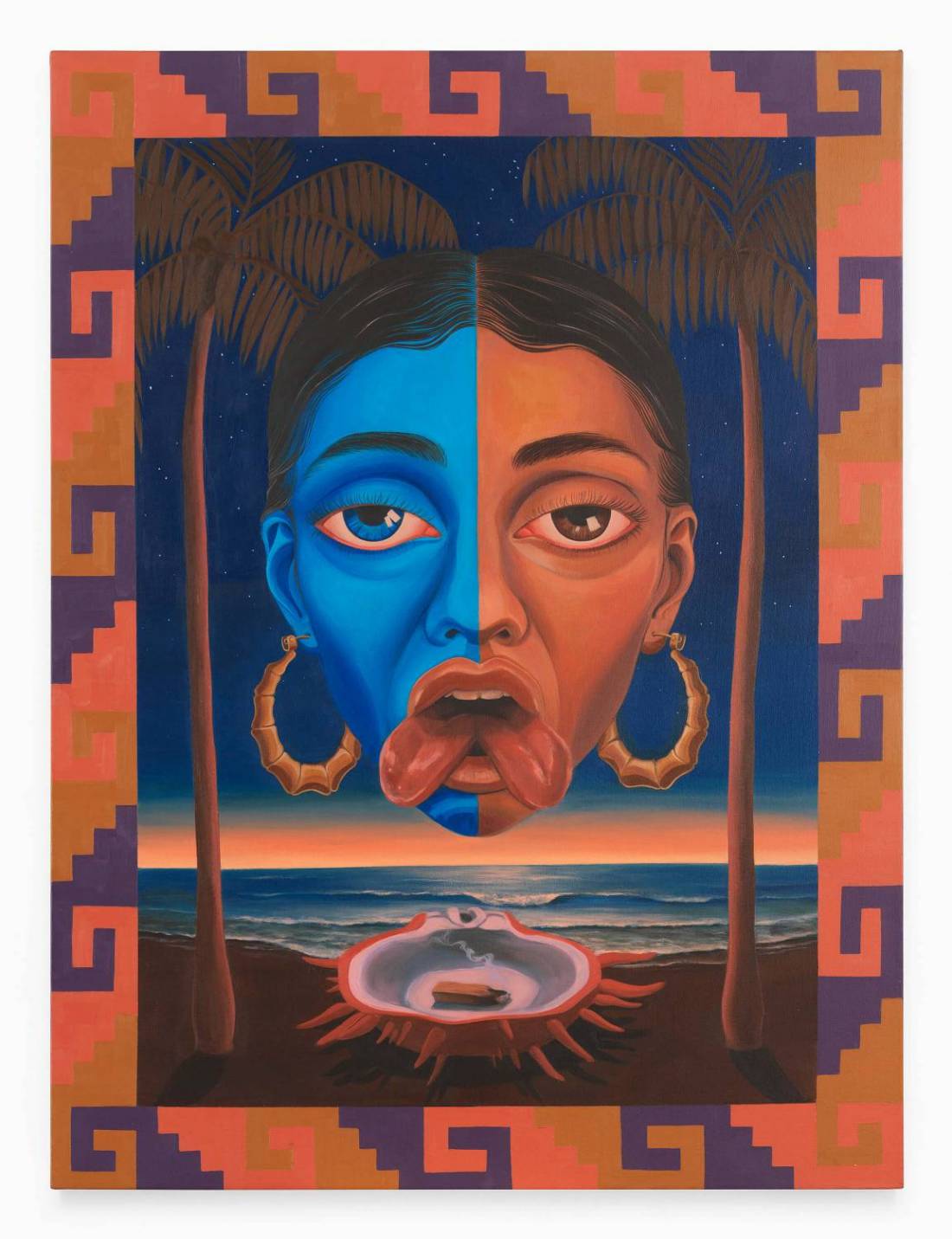 Sean Horton (Presents) is pleased to announce Two Tongues, the New York solo debut by Mar Figueroa. In her latest series of paintings, the artist explores the permeation of ancestral traditions of Andean cultures in contemporary Latin American communities. Serving as testaments of Indigenous persistence against colonialism and displacement, Figueroa’s paintings document traditions and rituals that have been passed down through generations such as the preparation of special meals and beverages, and spiritual practices.

In Dos Lenguas, 2022 Figueroa examines her dynamic, bicultural identity as a Latin American woman of Indigenous ancestry, and as an immigrant raised in the New York metropolitan area. Following the visual language of surrealist tradition, the work depicts a dream-like self portrait of the artist set against a shoreline sunset. Figueroa renders herself bisected— the left side of her face is electric blue while the other is a warm, brown complexion. Two tongues emerge from her mouth splitting into opposite directions. In the foreground, a halved Spondylus seashell, highly venerated by the Incas, holds Palo Santo, and Andean textile patterns frame the portrait. The recurrence of pairs and halving operate as visual motifs that reference the dichotomies of culture, language, and spirituality, among others, that merge and synergize within a diasporic Latin American identity.

Speaking about the influence of Andean cultures and Latin American histories within her practice Figueroa says, “My family’s traditional Ecuadorian cuisine restaurant facilitated cultural continuity for myself and my community in this country and it was that environment that inspired my archeological interests and passion to know my Native American heritage. As a child, I would take the train to New York institutions and visit South American artifacts, take in the art of my ancestors and let it guide me.” Many of the scenes in Mar’s most recent paintings form a loosely-connected narrative set in an imagined restaurant, which is inspired by these experiences.

Other events from Sean Horton (Presents)