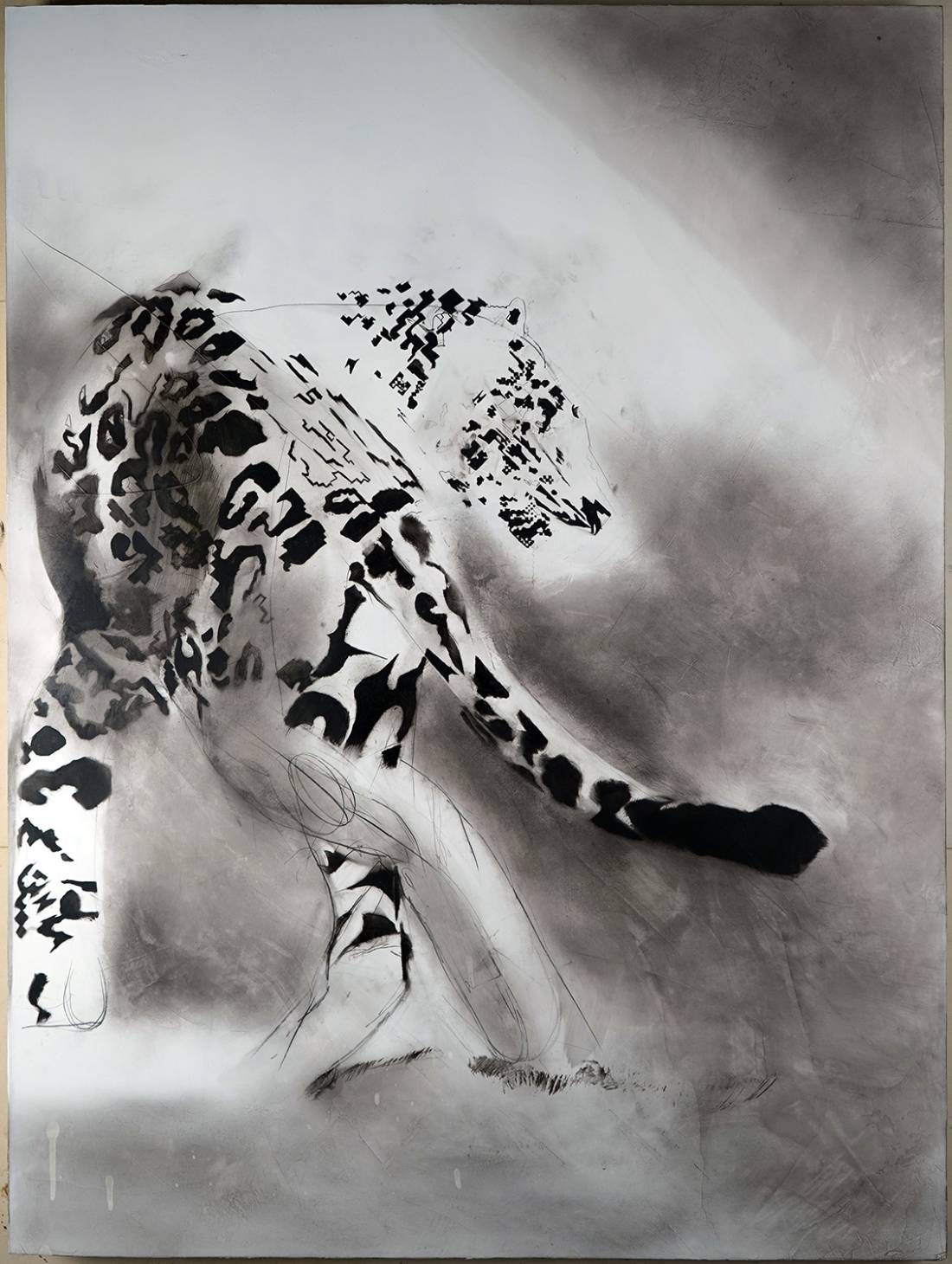 This new series of painting is an exciting transition for Kinney as he is best known for assemblage and sculpture. “Anim”, the Latin root word of animal, means life, soul or breath. This exhibition features select large-format monochromatic oil paintings on stretched canvas and wood panels. On view as well are works on paper with Japanese Sumi Ink, which inspired the oil paintings. Kinney has been looking at pre-historic cave paintings as well as animals depicted therein, such as the Chauvet caves in Nice, Southern France.

Emerging from the inextricable interplay of light and dark, Kinney’s black and white ink paintings capture the ever-shifting subjectivity shaped by shadow. Cast in Japanese Sumi ink, each unique painting explores the trajectories of human and animal, natural and architectural form- what is revealed or hidden?  A variety of hand-torn, heavy weight papers add textural dimension to each mark and brush stroke, as well as through the immediacy of brushstrokes to depict the action within the artwork

In his latest collection of works, Kinney explores animal form and meaning as seen in both contemporary and ancient times. In “Savanna (Zebras) ”, a stampede of zebras is depicted through oil paint on wood panel. Animal populations in regions like the horn of Africa today face the loss of their natural habitats due to extreme draught.  He explores the deep imprint they leave behind and the interconnectedness of humans and animals in the world. With the balance of nature at stake, Kinney’s paintings underscore the importance of the relationship between the natural environment and civilization.

Matt Kinney (b. 1970) is a painter and sculptor working in Beacon, NY. Born in Georgetown, Massachusetts, Kinney attended Pratt Institute as well as the School of the Museum of Fine Arts. He moved to the Hudson Valley in 2003 and has been creating work in and around the region ever since while exhibiting in Beacon, New York City, Hong Kong, Mainland China and beyond.

Other events from Robin Rice Gallery