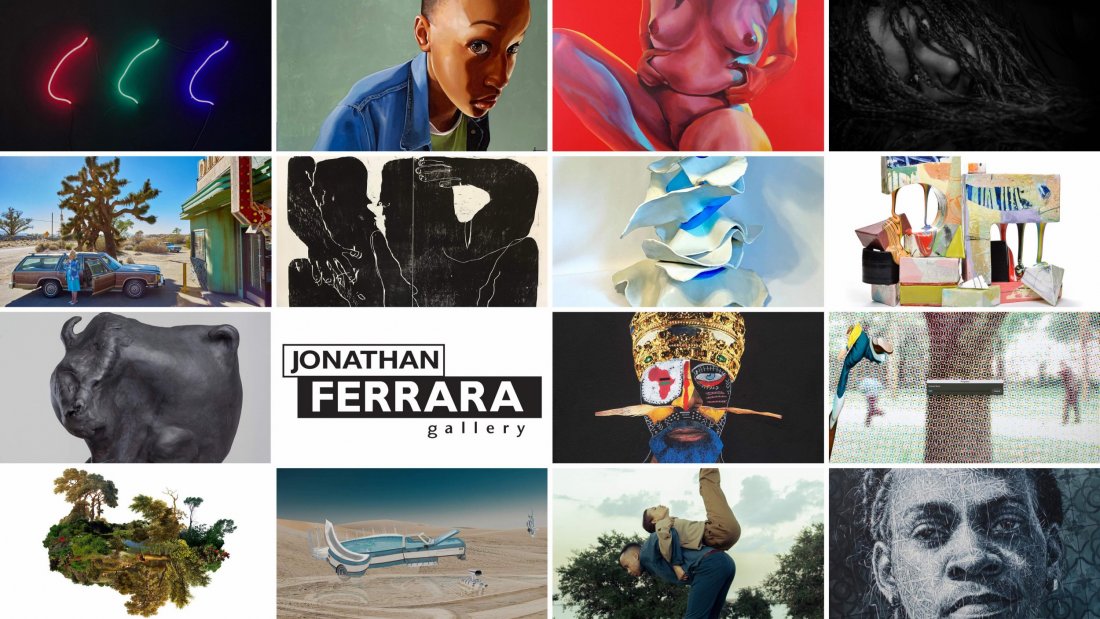 22 August 2020 (New Orleans, LA) JONATHAN FERRARA GALLERY proudly presents the 24th Annual NO DEAD ARTISTS International Juried Exhibition of Contemporary Art. For the 2020 installment of the exhibition, the gallery will host works by fifteen artists from and/or working across the United States, as well as, Argentina, the UK, Cuba, Austria, and Costa Rica. The exhibition will be on view from 22 August to 31 October 2020 with a scheduled self-guided art walk on 5 September 2020 from 10 am - 5 pm in conjunction with the Arts District New Orleans’ (ADNO) First Saturday Art Stroll.

The NO DEAD ARTISTS exhibition was founded by Jonathan Ferrara in 1995 to give a voice to emerging artists. The exhibition's name is derived from the old adage that artists never achieve success until they are dead. NO DEAD ARTISTS turns that notion on its head and often gives emerging artists their first break in the art world. In the 90's, the exhibition was open to New Orleans-based artists and subsequently grew to include artists of Louisiana, then becoming a national juried exhibition in 2010. And in 2014, the exhibition went international. Now in its 24th iteration, the exhibition has been a springboard for numerous artists; leading to national press coverage, recognition, gallery representation and acquisitions by museums and other prominent collections.

Nato Thompson is a curator, author, and The Sueyun and Gene Locks Artistic Director at Philadelphia Contemporary. Philadelphia Contemporary is a mobile contemporary art organization in the process of creating a non-collecting museum in the city of Philadelphia. He recently curated the four channel film project by Bradford Young and Elissa Blount Moorehead titled Back and Song, the group show Festival for the People, as well as, a solo artist commission by painter Jane Irish. He has previously worked as Artistic Director at the New York-based public art organization Creative Time, which he joined in January 2007. Since then, Thompson has organized numerous major Creative Time projects. He has also worked as Curator at MASS MoCA, where he completed numerous large-scale exhibitions, including The Interventionists: Art in the Social Sphere (2004), with a catalogue distributed by MIT Press. He has written two books of cultural criticism, Seeing Power: Art and Activism in the 21st Century (2015) and Culture as Weapon: The Art of Influence in Everyday Life published in January 2017.

Jessie Schott Haynes is the Managing Director of The Helis Foundation, a private foundation, which administers grants that sustain operations for, provide free admission to, and acquires significant works of art on behalf of major institutions within the Metropolitan New Orleans area.  She is responsible for ensuring that the Helis Family’s commitment to creating access to public art is fulfilled by managing public sculpture acquisition and exhibition throughout the City as well as implementation of and oversight of programs such as  Art for All.  Haynes earned a B.A. in both English and Art History from Newcomb College at Tulane University and a juris doctor from Loyola University New Orleans College of Law.  She serves as a Trustee of the Ogden Museum of Southern Art, and a Board member of the Arts Council New Orleans, the Preservation Resource Center, and the Bureau of Governmental Research.

Carey Mack Weber has over 25 years of experience working in museums and galleries. Carey spent over a decade working in fine art galleries in New York City, notably serving as Director of  Susan Sheehan Inc. and Edward Tyler Nahem Fine Art. She was integral to the founding of the Bellarmine Museum of Art, and has served as Executive Director of the Fairfield University Art Museum since January 2019. Carey is currently serving her 5th year as President of the Connecticut Art Trail, a nationally recognized partnership between twenty-one world-class museums and historic sites.

Of the approximate 3,000 artworks submitted to this jury by over 600 artists worldwide, only fifteen artists were selected to have their work exhibited at JONATHAN FERRARA GALLERY.

Comprised of painting, photography, sculpture, ceramics, printmaking, collage, and installation, NO DEAD ARTISTS continues to exhibit a great diversity in media with a cohesive cross-section of the pulse of contemporary art.

Presenting just over 40 artworks by fifteen artists, this diverse symposium ranges in media, style, and purpose from the photo-realistic portraits of the critically acclaimed, Cuban painter, Alexi Torres, to the first-ever exposition of locally emerging photographer Trenity Thomas. Other exhibition highlights include the newest ceramic works of Lauren Mabry, as well as, two photographs from Matt Henry's "The Trip and the book Short Stories" series. Artemis Antippas installed three new neon sculptures over a navy blue wall in the center of the main gallery and Julia Romano sent three photo collages from Córdoba, Argentina.

For the grand prize of the exhibition, one of the selected jury winning artists will be awarded a solo exhibition at JFG in 2021. Previous recipient awardees include Nikki Rosato (2012, Washington D.C.), Marna Shopoff (2014, Indianapolis), Richelle Gribble (Los Angeles, 2015), Jenny Day (Santa Fe, 2017) and jointly Maggie Evans (Savannah) and Chris Barnard (New Haven) in 2019. Not only have past finalists received solo shows at t h e gallery but some have also successfully gone on to exhibit with us at art fairs in New York, Miami, Basel (Switzerland), Leipzig (Germany), San Francisco, Houston, Seattle, and other traveling exhibitions and museums worldwide. These artists and the No Dead Artists exhibition have garnered great interest from curators, museums, and press and have also been acquired by many prominent public and private collections. . . Stay tuned for the announcement of the 2020 winner at the close of the exhibition.