A MATTER OF PUBLIC RECORD 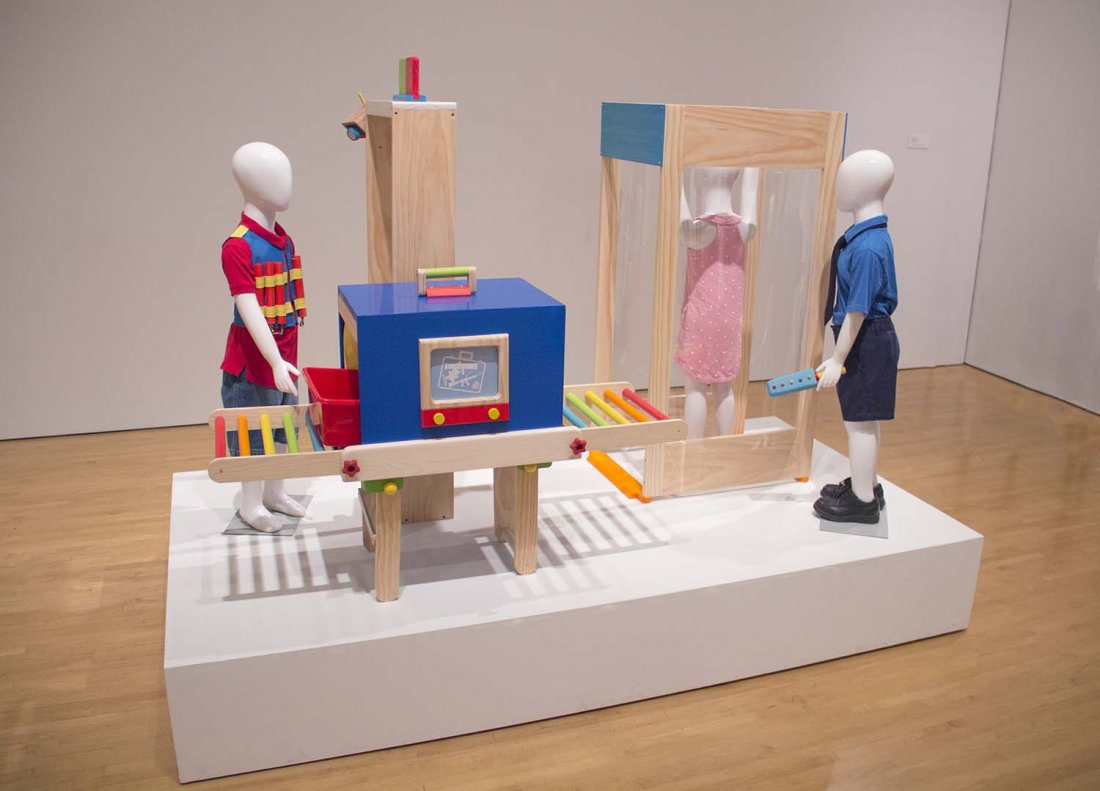 “Any society that would give up essential liberty to obtain a little security will deserve neither and lose both." - Benjamin Franklin

A Matter of Public Record is an exhibition that examines the many ways that we are watched, surveilled, data mined, and placed within an overdetermined system of social control that relies on the multiplication of mechanisms of “capture”. Whether we are capturing ourselves in selfies, tagging our locations, using GPS supported apps for directions, or just passing through the expanded techniques associated with “societies of surveillance”, we must admit that we have entered a new age.

Resembling a hybrid vision of the imagined futures of Huxley and Orwell, it seems that we have been lulled into a kind of somatic state of passive acceptance to the growing infrastructures of both physical discipline and neo-panoptic power, i.e., the mechanisms associated with self-regulating techniques. As these networks continue to grow and reinforce the corporatization of mass incarceration, the ease-of-use associated with drone warfare and the militarization of policing practices, we find ourselves entering a new period of governance often referred to as the exercise of “Imperial Democracy”.

Artists in A Matter of Public Record investigate the meaning of the word “record”, including the greater weight that is now given to practices of prescriptive profiling, predictive analytics, facial recognition software and the ever-expanding digital dossiers of big data. Each artist gives us their own unique response to the new world that we all must brave less we become not just subjects who routinely internalize the conscriptions of state power, but rather, who are pictured as a growing statistical multitude that has simply forgotten not to collude in our own coercion.

Hours: Saturday and Sunday, noon - 5 p.m. and by appointment