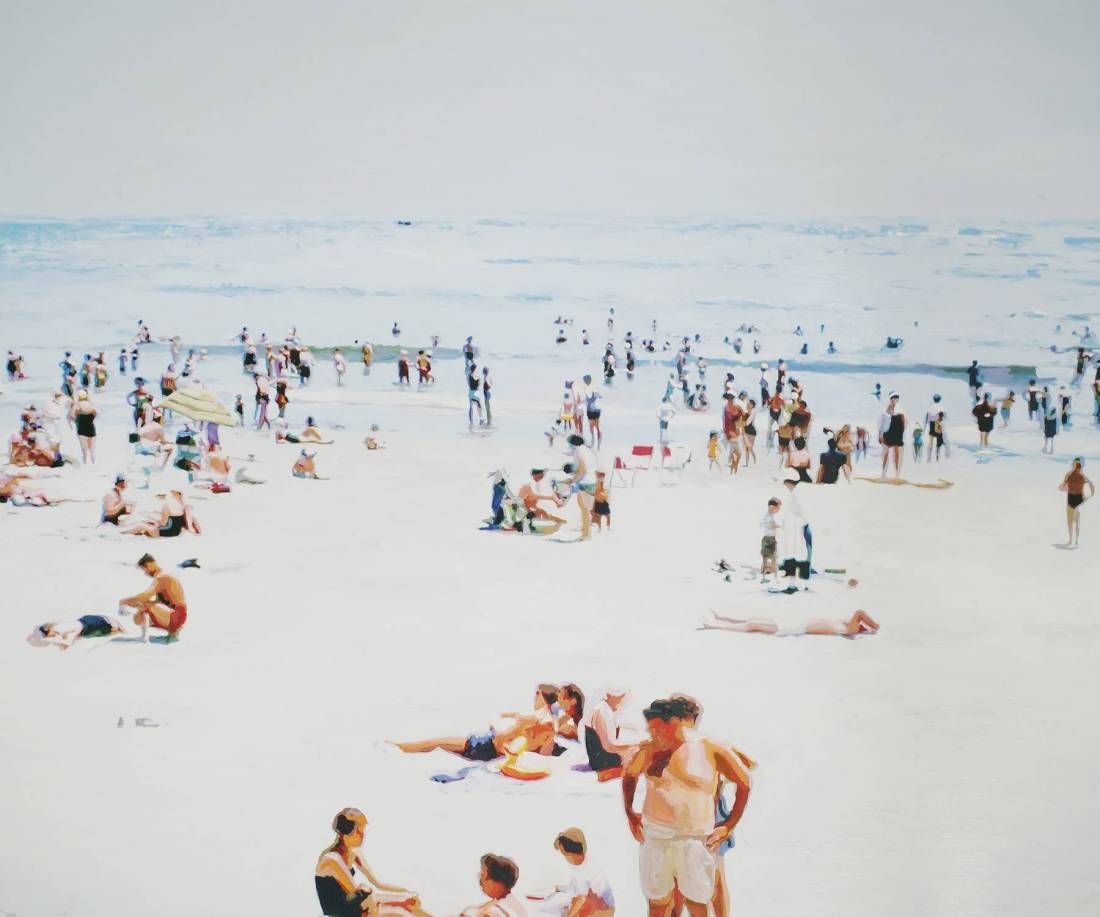 Rooted in the concept of memory born from photographs, Lisa Golightly’s paintings are reconstructions of found film photography as seen through the artist’s eye.

Photography remains an integral role in her artistic vision and connects to Golightly’s original training as a photographer. Golightly selects imagery that is rooted in her own nostalgia.  Far from being a one to one reproduction of the original found photo, these paintings are Golightly’s interpretation of the essence of the original image.   By narrowing down her subject matter, Golightly is able to “alter the vision" of her viewer and share what she as the artist finds so compelling about that particular image.  The ultimate goal is to inspire a memory that is personal within us all, yet universal in feeling.

The act of transforming a photo into a painting with both traditional brush strokes, as well as allowing the paint to pool and move, serves to expose and transcend the nature of the materials.  This process reflects her intention to modify and reduce the details of the image.  Golightly is attempting to discover if the absence of detail allows for the images to resonate with more clarity and depth.  Her work steps beyond the personal nature of the original photograph and connects to the viewer’s own experience.  The specific details fall away and what remains is a space for the viewer to bring in their own memories.

Golightly seeks to capture these attempts at freezing moments in time and the inherent flaws in doing so.  Memory is in constant motion, changing, evolving or disappearing.  While her work often contains a sense of stillness and quiet found in these photos, the paintings exist on the edge of that reality and the elusiveness and subjectivity of human memory.  Exploring the intersection of the original photograph and the personal histories of the viewer, ultimately, these paintings speak to how unstable and easily altered both photographer and memory are - both of which we so heavily rely on and yet are never as concrete as they might seem.

Lisa Golightly received her BFA in studio art from the University of Arizona.  Her work has appeared in exhibitions throughout the West Coast and Northeast and has appeared in Luxe Magazine, Huffington Post, Colorado House and Home Magazine, and The Wall Street Journal’s Art Guide, among others.  She currently lives and works in Portland, Oregon.