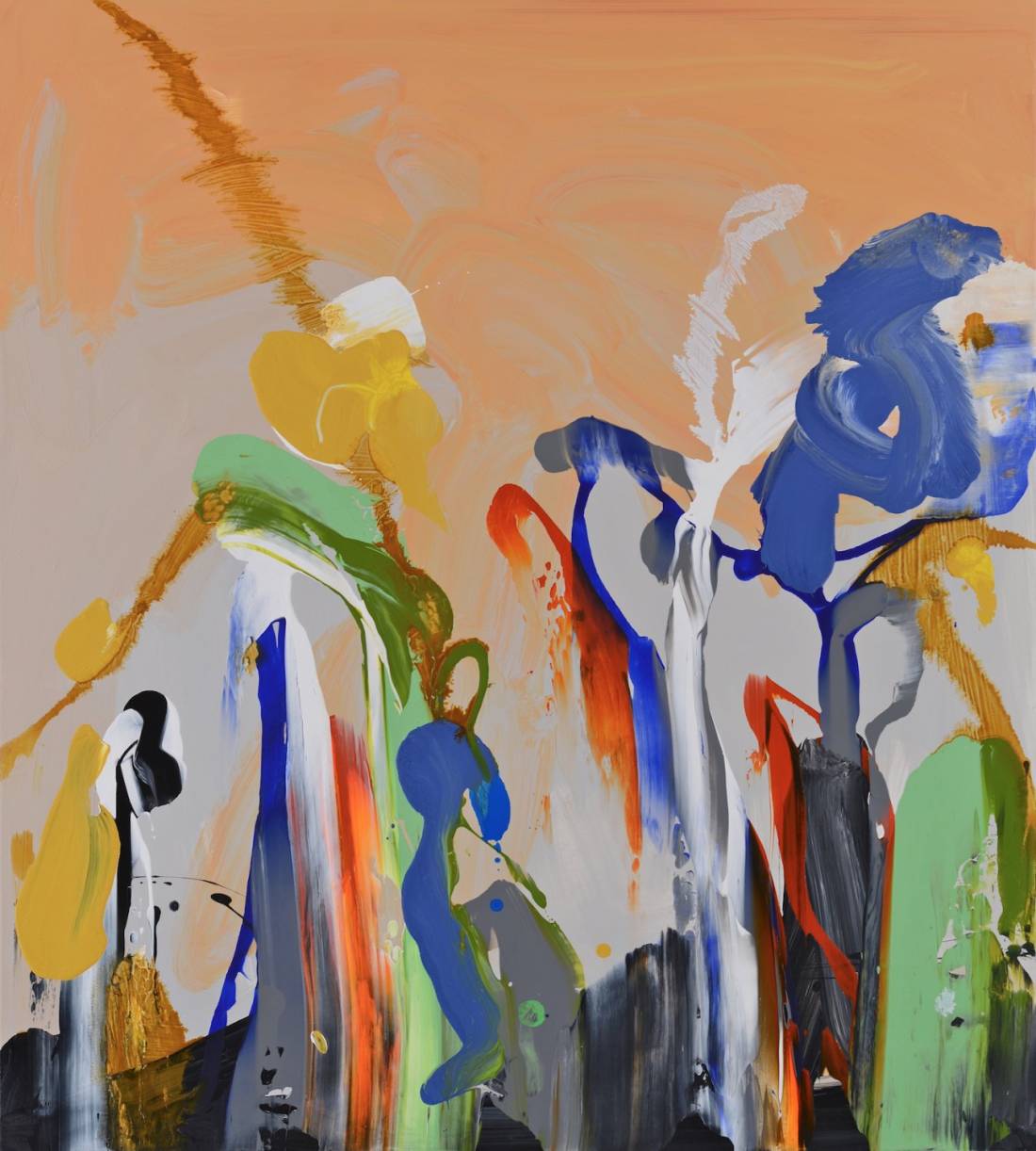 GBGLA is pleased to present Gathering Color, the gallery's seventh solo exhibition of abstract botanical paintings by Daniel Phill. The exhibition features the artist's recent paintings and continues through May 7, 2022.

Phill’s current paintings are botanical abstractions inspired by the natural world. They are a reimagining of flowers, vegetation and the landscape. He is always on the lookout for new visual stimuli that to bring to the work. The color palettes and compositions are affected by what he see from his studio windows, looking out to the nearby San Francisco Bay. His work is also influenced by repeated travels to the lush green surroundings of the Pacific Northwest, where he grew up. Observing various gardens throughout the seasons to be an important source of inspiration for the artist. He approaches his work with an open mind, curious to see what develops within the paintings in progress.

Line, texture and color are integral elements of these deliberately spontaneous paintings. As the paintings each emerge on their own timeline, the images often blend and melt into one another through broad swaths of wet-into-wet paint. Layers of translucent color contribute to the overall feeling of each piece. Fauvism, Brush Painting and Abstract Expressionism are among the several styles of art which help inform my work. Phill’s intention is to create paintings that are organic and unfolding, in a place between representation and abstraction.

Daniel Phill was born and raised in Tacoma, Washington. He received a BFA from the San Francisco Art Institute and an MFA from Stanford University. Since then he has exhibited extensively and has been featured in many publications, including: Wall Street International, ARTnews magazine, Art in America magazine, California Home+Design magazine, New Yorker, Los Angeles Times, Art & Antiques Magazine, and Who's Who in the West, among others. His work is included in numerous private and public collections in the US and abroad including: Fine Arts Museums of San Francisco, Tucson Museum of Art, Haggerty Museum of Art, de Saisset Museum, Citigroup, Clear Channel, Ernst & Young, GTE, Kimberly Clark, Morgan Stanley, Nordstrom, Pfizer, Sharper Image, Sprint, Stanford University, and US Department of State, among others.  He lives and works in San Francisco.