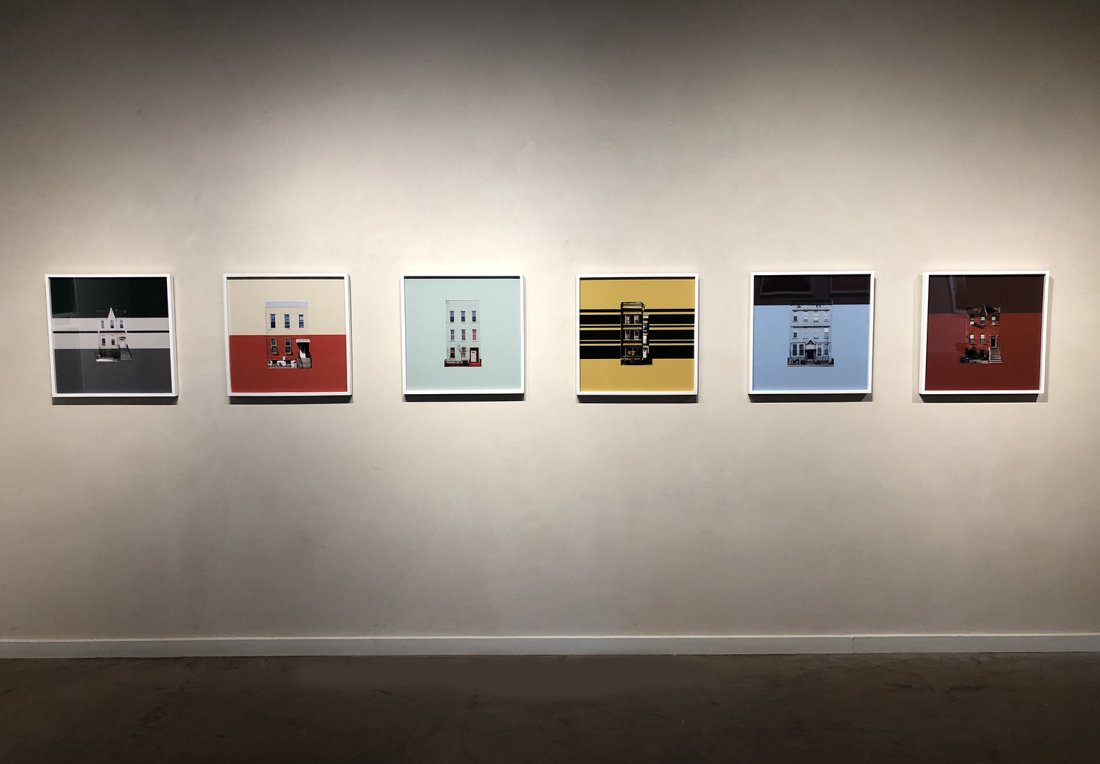 Gilman Contemporary is thrilled to introduce our clients to the work of Niv Rozenberg, an Israeli born and Brooklyn based photographer. Rozenberg explores the complex nature of urban architecture in his manipulated, and minimalistic photographs.

Rozenberg's series "Boswijck" examines the architecture of Bushwick, Brooklyn. Through the elimination of any identifying context of the surrounding buildings and street, Rozenberg creates a unique understanding of place. The title of the series "Boswijck" is a nod to the original Dutch name for Bushwick, and ties the work to the past. His buildings may float in carefully selected colors, but they are each an individual relic with personality and deep connection to Brooklyn’s disappearing architecture.

In “Summit,” Rozenberg employs a similar technique to create isolated monumental buildings from across New York City. The carefully selected background colors seem to reflect the building without explicitly referencing the context of the city.

Niv Rozenberg is a Brooklyn based photographer originally from Israel. In his series “Boswijck”, Rozenberg focuses on the unique cityscape and architecture of the Bushwick neighborhood in Brooklyn NY. Intrigued by the neighborhood’s colorful and mixed architecture and history Rozenberg eliminates the context of the city block. In focusing on an isolated façade he is able to deconstruct the architecture to form and color. The image becomes an abstract two-dimensional relic. Niv Rozenberg holds an MFA in Photography from Parsons, The New School for Design, and previously graduated with honors from Hadassah College in Israel. His work has received several awards including: Neutral Density Silver Star Award, Feature Shoot Emerging Photography Awards, Dave Bown Projects, 1st Place in The Lucie Foundation (IPA). For his strong visual voice Niv was selected to be the exclusive campaign photographer for the first and second Frieze New York Art Fair. Niv’s work has been shown nationally and internationally, most recently including: Klompching Gallery, Center for Photography at Woodstock, Site:Brooklyn Gallery, Month of Photography Los Angeles, Nox Gallery, Foley Gallery, Glass Box Gallery, BRIC Biennial, Simon/Neuman2 Gallery, Art-Bridge public exhibition, and has been published in The New York Times, The New Yorker, Aperture, HuffPost, Ain-Bad, 6sqft, Greenpointers, TelAvivian, and Humble Arts Foundation among others.