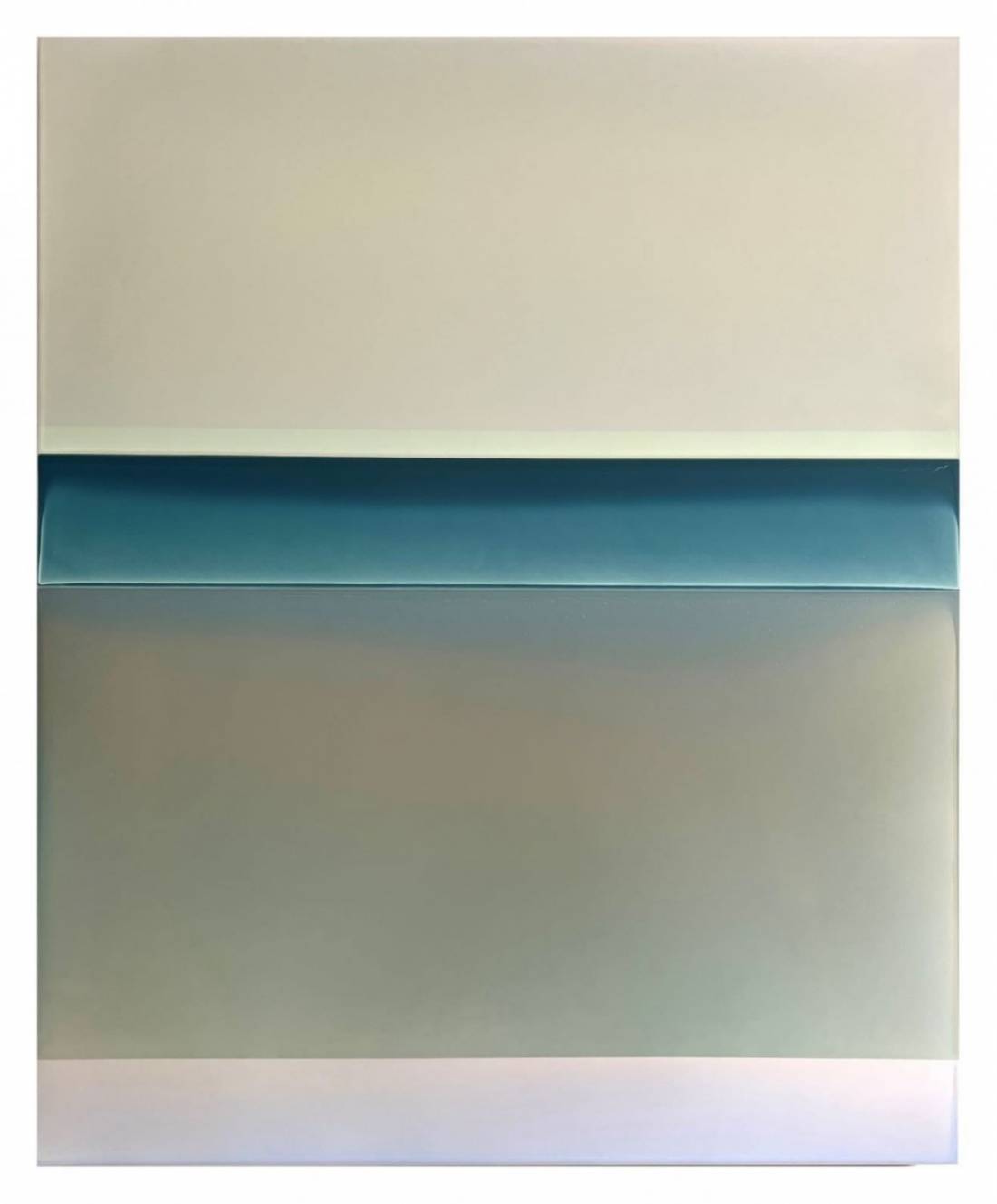 Susan English’s paintings are rich in their sophisticated vocabulary of color and surface. By expertly pouring layers of tinted polymer paints English has arrived at a body of work whose minimalist appearance belies their complexities.

Through a series of planned pours and the manipulation of smooth aluminum panels English both directs and anticipates how the paint will accumulate, disperse, resist, and form its own small abstractions. English makes her paintings through process, intention, experience, and chance. The thickness and viscosity of the paint dictates the subtleties in appearance and the intensity of each color. Her painting’s surfaces range from matte to medium or high gloss, each variously absorbing or reflecting light. The panels are assembled into specifically calibrated horizontal or vertical sequences existing always in relationship to the light in the room and the position of the viewer.

Color is never static. Color exists in relationship to light and in relational context to other colors. English’s color choices represent an intersection of outside and inside. Often her painting’s palette comes from an experience of a place or moment in time. Inside the highly charged realm of color the artist’s responses and choices are visual, emotional, and intuitive. She is interested in the phenomenon of a color at the limit of itself. How far can green be pushed before it becomes blue? How many infinite directions can you push a brown or a gray or a white? In this tertiary area, colors hum like a harmony contained in a single note.

English says, “A painting reaches an end point when the cumulative phenomenon of surface and color cohere, reaching a state of beauty that resonates on multiple levels”.

Susan English’s paintings have been widely exhibited in galleries and at art fairs. She has been honored with the following awards and residencies: NYSS Mercedes Matter Award, Ucross Foundation Residency, Ucross, Wyoming, Saltonstall Foundation Fellow, Ithaca, NY, HFA Artists Residency, Garrison, New York. English has been featured in The New York Times, White Hot Magazine, and The Philadelphia Inquirer to name a few. She earned an MFA from Hunter College and a BA from Hamilton College. The artist lives and works in New York.