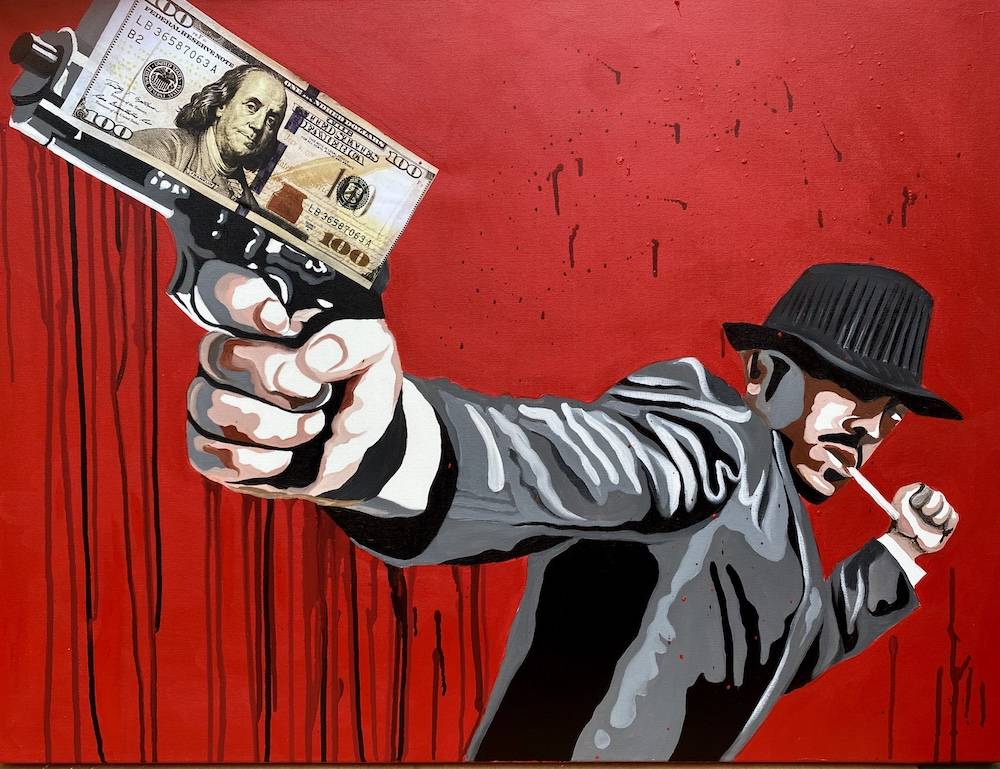 "My brushes are my weapon, and my paintings are my personal way of fighting against war, corruption and injustice," says Ukrainian-born Connecticut artist Oksana Tanasiv.

Back in 2011, Oksana started working on the Dollar Art collection, in which she used dollar bills as the main element to show her position against corruption, financial and political manipulation, and in one of her paintings she depicted Putin's henchman, then Ukrainian President Yanukovych, and predicted war.

The world, which in recent years has witnessed military conflicts initiated by Russia in the struggle for financial control, a gas war against Europe, and large-scale corruption schemes of Russian oligarchs, has faced economic aggression on a century-long scale. This is what prompted the artist to create her compositions.

Since then, several series have been created on this topic, and only today, with the full-scale war in Ukraine, these paintings are gaining a prophetic message.

As the art historian and critic Katarina Zavodszka puts it in her article ‘The Iconography of vanitas and the Labor of Love – the Work of Oksana Tanasiv’: “The art as social commentary has been here – powerful, persuasive, and challenging our understanding of the world, but driven by personal convictions, Tanasiv perpetuates the subject matter. The matter has slid into perversion.” (Artem Atrium. June 2021.)

Oksana Tanasiv is an American artist of Ukrainian origin whose family has been victims of Russian aggression since 1940s of the last century. Her paternal grandparents were repressed by Stalin and spent 13 years in Siberian concentrations camps. Today, her family, relatives and friends are under attack by Russian missiles.

Residents of Greenwich and the surrounding area have the opportunity to personally get acquainted with the Dollar Art series of paintings by Oksana Tanasiv and visit her solo exhibition at Chilton & Chadwick, Greenwich on February 8, 6-9pm, 2022.

-The Museum of Lisbon, Portugal, EU

Other events from Oksana Tanasiv