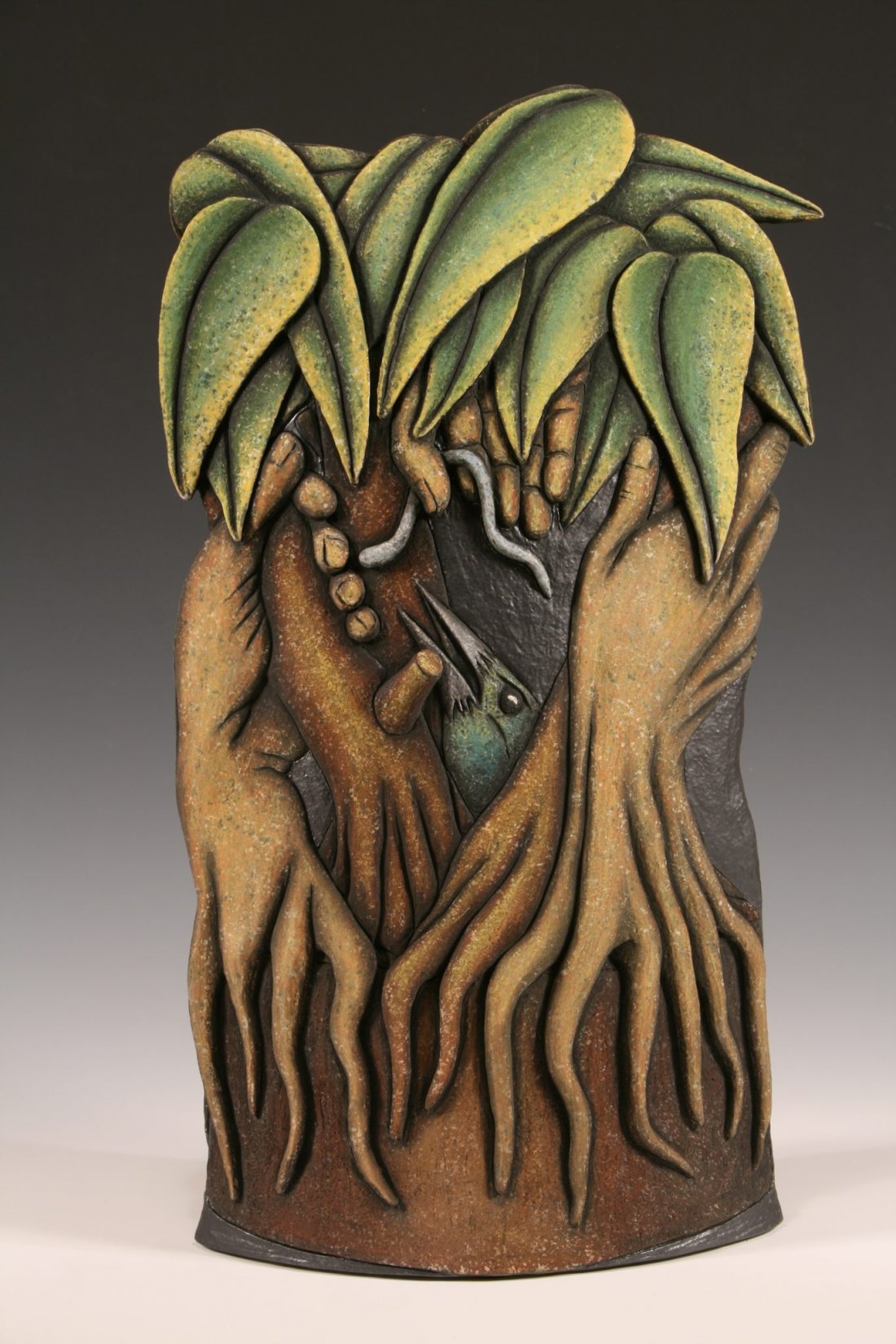 Louis Marak was born in 1942 in Shawnee, Oklahoma.  In 1965 he received a Bachelor of Fine Arts degree in Crafts from the University of Illinois at Champaign-Urbana.  He earned a Master of Fine Arts degree in ceramics in 1967 from Alfred University in New York. In the fall of 1969, he was hired as an Assistant Professor of Art at Humboldt State University in Arcata, California where he taught for 37 years.  He has been an Emeritus Professor of Art at Humboldt State since his retirement in 2006. The Dorothy Weiss Gallery in San Francisco, CA represented Louis Marak from 1984 through 2000 when the gallery closed.  During that time he had four one-man shows and was included in five group exhibitions at her gallery. His work has also been included in numerous group exhibits at museums in this country and abroad, including the American Crafts Museum in New York City, the Renwick Gallery of Fine Art in Washington, D.C., the Everson Museum of Art in Syracuse, the San Francisco Museum of Modern Art, the Hong Kong Museum of Art, the National Museum in Jakarta, Indonesia, and the Suntory Art Museum in Tokyo, Japan. His work is also in the permanent collections of the Los Angeles County Museum of Art as part of the Smits Collection, the Henry Art Gallery in Seattle, WA, the Oakland Museum in Oakland, CA, and the Renwick Gallery in Washington, DC, and the Fine Arts Museums of San Francisco de Young Museum. Louis Marak received a National Endowment for the Arts, Craftsmen’s Fellowship Grant in 1975 and a California Arts Council, Artist’s Fellowship Grant in 1994.  In 1995 he was a visiting artist at the American Academy in Rome.  In 2009 he was elected a Fellow of the American Craft Council.