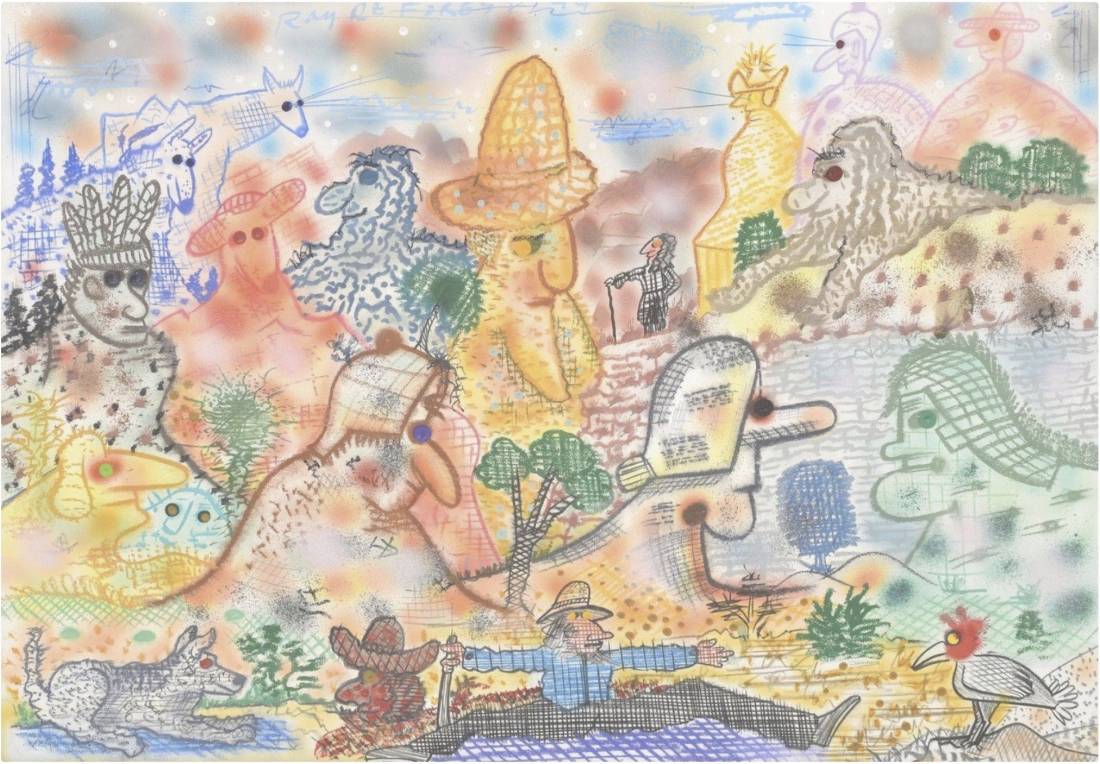 Join us at the John Natsoulas Gallery in Davis, California for the upcoming, captivating exhibition California Funk to Figuration: A New Narrative Mythology. The exhibition will be open from September 7 to January 7, 2022. The opening reception is on September 9, and will feature live music and free beverages.

This exhibition will feature works by the incredible men and women who shaped the Funk Movement. Through their artworks, including painting, sculpture, and works on paper, Funk artists consciously undermine expectations. The colorful works all playfully address narrative themes, some more enigmatic than others.

Funk Art organically emerged in the 1960s in the leading art schools in California as a rebellious response to both the restrictiveness of Bay Area Figurative Art and the nonobjectivity of Abstract Expressionism. While Funk Art has continued to elude a decisive definition, its hallmark is a significant degree of absurdity. Artists famously responded, “when you see it, you know it,” when asked to describe the movement.

Those championing the ridiculousness that is the fundamental doctrine of Funk are known for their collaborations and the impressive followings that they inspired among their students. Some of the artists whose works will be on display include Roy De Forest, Robert Arneson, Peter Saul, Robert Colescott, David Gilhooly, Louise Stanely, Patrick Siler, Jim Albertson, Gladyss Nielsson, Jim Nutt and many more. The Funk Movement is often categorized as a West Coast art style, but this show will bring together artists from California and the other major center of the style- Chicago. This exhibition will highlight the shared philosophies of different generations of artists, who all imbued their works with unorthodox tradition and self-referential humor.

Come visit the John Natsoulas Gallery for the very exciting opportunity to see historic artwork that truly captures the energy and absurdism of the Funk Movement.