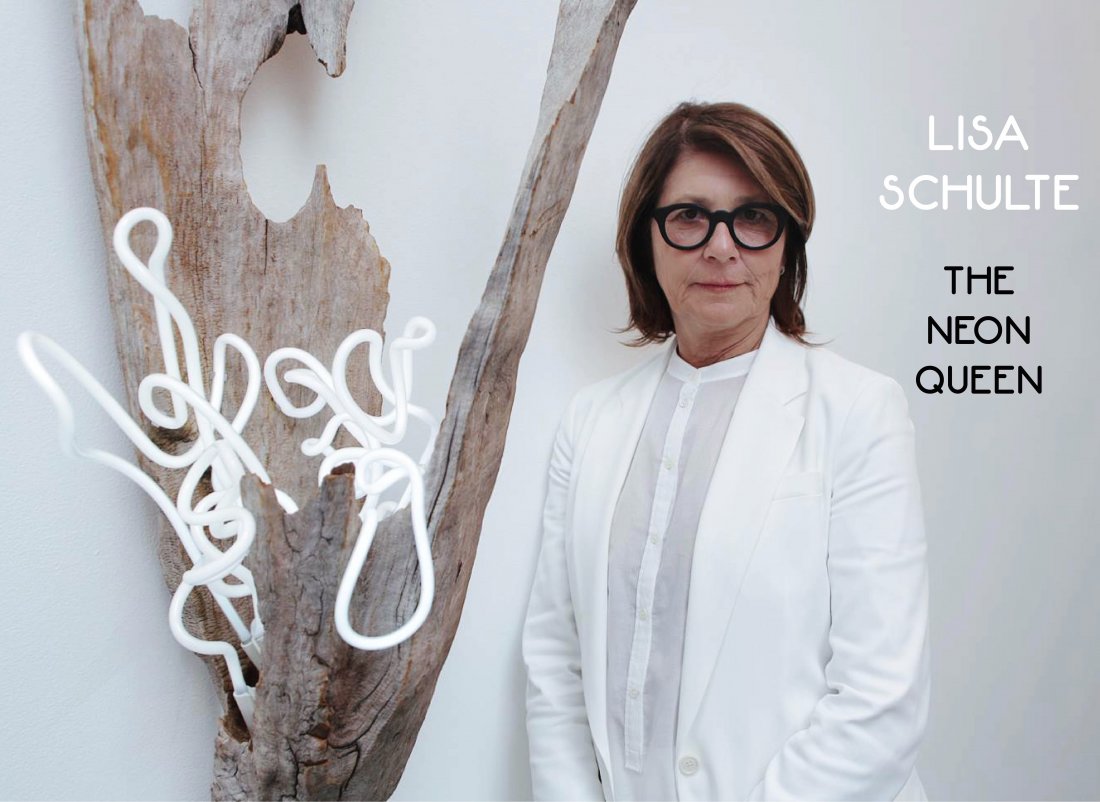 Samuel Lynne Galleries is excited to announce the opening reception of Lisa Schulte: The Significance of Light on Saturday, October 20, 2018. Lisa Schulte is an American sculptor and light artist, known on social media and within the fine art world as “The Neon Queen” due to her command of the medium. The Significance of Light will be a juxtaposition of her current work in white light and wood, and colored light and line. Schulte will be in attendance at the opening reception, and the exhibition will be on view through November 10, 2018.

Schulte has over forty years of experience working exclusively with neon, mastering the art form and building a neon empire; forging new frontiers in art and color along the way. Motivated in part by losing her sight temporarily in an accident at a young age, Schulte recovered her vision at the age of nine and gained a perspective and appreciation for light that few could ever truly understand. Her sculptures artfully combine found organic material, with hand-blown and sculpted neon tubes of light – otherwise commonplace entities that unite in a sublime synergy of nature and art. Exercising patience and appreciation for how light interacts with surfaces and how it’s understood as an experience became significant to her as an artist.

“Light goes in so many directions. It fills a space in a way conventional painting and sculpture can’t.” – Lisa Schulte

What truly differentiates Schulte is her unique ability to use a medium that is inherently rigid and cold, and create figures that are warm and inviting. Her signature floor sculptures and wall designs have an incredible sense of motion, and viewers are able to understand the expression she is connoting in these works. She creates a relationship between the light and the object, finding the intimate connection between the two; the result is a dance of perfect harmony. Schulte’s ability to marry such diverse materials is particularly important at a time when division defines our relationships – native vs. immigrant, me vs. you. While our current discourse is schismatic, Schulte’s creations are unifying. The intention is not organic vs. neon, but instead varied elements flowing together to become one. The result is not just a beautiful piece of art, but a hopeful lesson for the future.

Schulte is four decades into her explorations of the neon genre, and has refined her craft to become the renowned neon specialist. Artists like Richard Jackson, Doug Aiken, Cleon Peterson, and Gregory Sif, are among those who seek her out for collaborations.  Her efforts in neon have established that light-projection and text-based art are truly valuable. Her works are handcrafted, impactful, and compelling vehicles of expression that generate emotion.

“We can’t exist in the world without light. So to be a light bearer in this world, to have a torch, to shine some light – I feel pretty fortunate to share it.” – Lisa Schulte