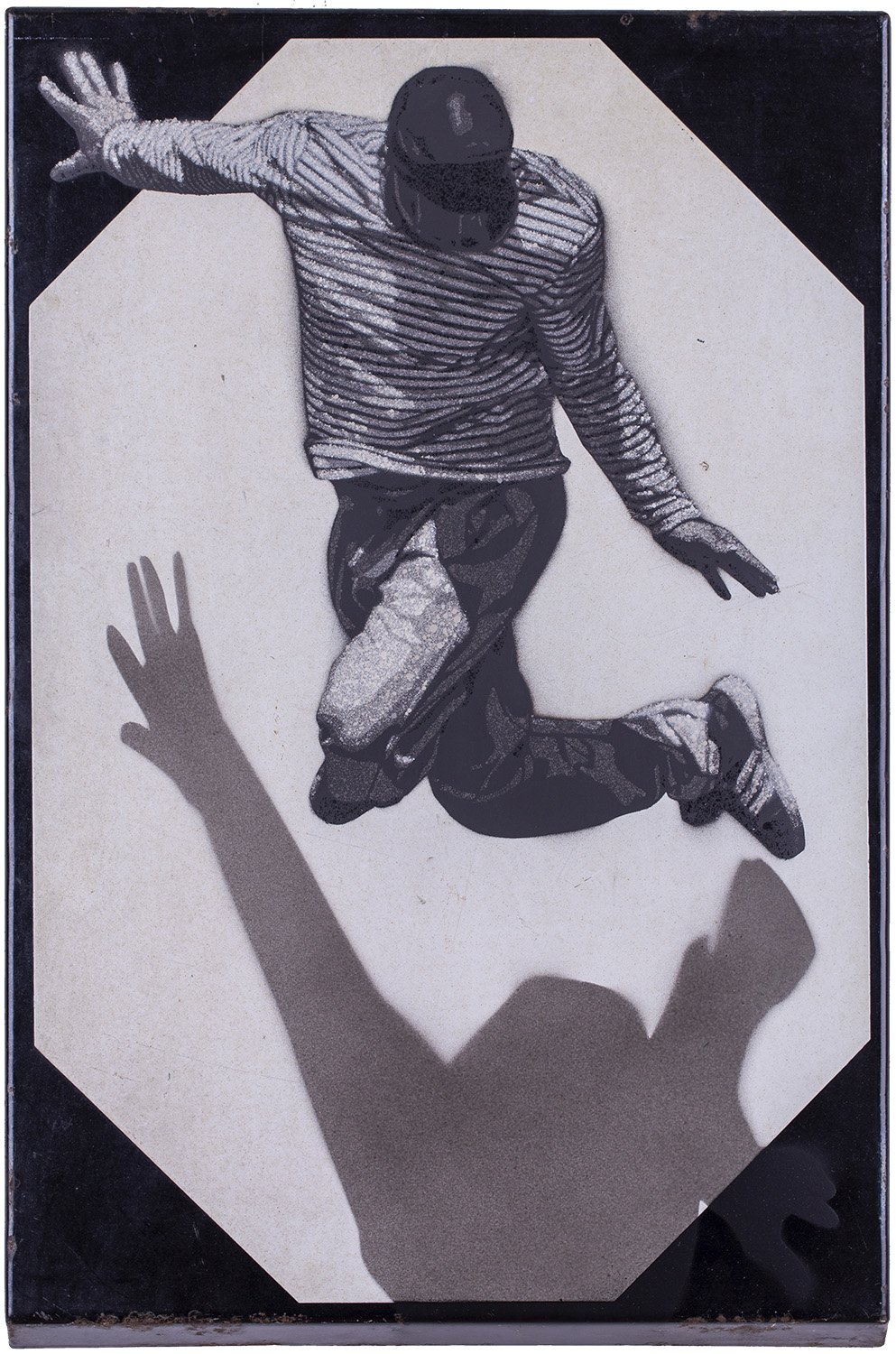 “Allies” assembles 16 new pieces and a full edition of 16 smaller paintings spotlighting Gjennestad’s signature hand-cut, multi-layered stencils, leveraging elevated angles and dramatic, elongated shadows to create stunningly photorealistic, intricately detailed images that evoke an alternate universe where gravity has ceased to exist and time is frozen — a fleeting glimpse into a realm of other possibilities (or, if you prefer, the possibilities of the other, whether metaphysical or supernatural).

“Allies,” which features work on wood, steel and aluminum, subverts perspective and perception in equal measure. Gjennestad, who bases his cutouts on his own original photographs, painstakingly creates each stencil layer by hand in order to retain the essential humanity and kinetic energy of his source material; working with a sober color palette dominated by shades of gray, black and white, he juxtaposes contorted character postures with precise explorations of shadows and light, an approach that upends conventional notions of space and surface.

Born in Arendal, Norway and currently based in Berlin, the self-taught Gjennestad first garnered attention in 2001 with a series of oversized murals credited to the alias “Strøk,” which he still uses to differentiate his street art from the studio work he produces under his given name. His output frequently bridges the present and the past, intertwining men and women in contemporary apparel with the crumbling factory walls, rusted metal and decaying plasterwork textures their figures adorn.

Gjennestad won media attention and critical acclaim for murals in locales as diverse as Europe, Sumatra, Taiwan and Hawaii. He previously held solo shows in Norway, Denmark, Germany and France.