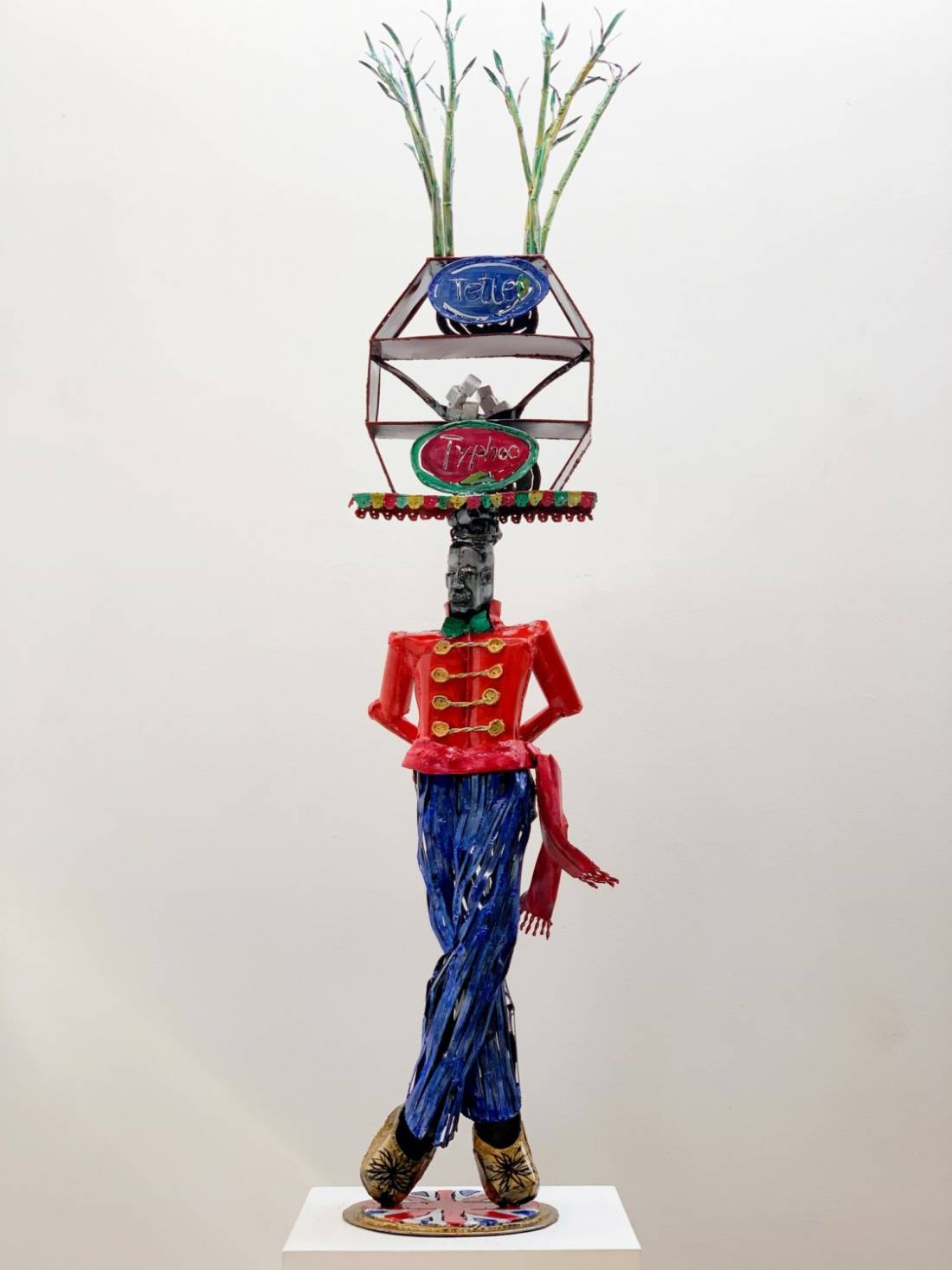 Kensington + Chelsea Art Week (KCAW) is delighted to present its fifth annual Public Art Trail. West London will be brought to life with vibrant and immersive public art, free for all to enjoy for the duration of the summer.

The Opening of this year’s KCAW Art Trail on the 18th of June also sees the annual Chelsea Arts Club Parade through the streets of Chelsea. Each Midsummer the artists of the Chelsea Arts Club, in extravagant fancy dress, gather at James Whistler’s statue on Chelsea Embankment to raise a glass to their founder, before following a parade band in procession back to the Club for their private Summer Ball.  Full details of the participating artists, their work and where to find it, will be available via the KCAW Digital Art Map.

Azarra Amoy returns to KCAW to present two works, the first being Stars of Earl’s Court, a 39-metre Afrofuturism mural installed on Warwick Road, paying tribute to local artistic ‘stars’ living and working in the Earl’s Court area, both past and present. Amoy will also present a powerful installation titled Kaleidoscopic Minds, celebrating neurodiverse people and their contribution to arts and sciences through an enormous piece spanning the length of Exhibition Road.

Charlotte Colbert’s Cellular Amulet installation will be found on Bramley Road, W10. The amulet piece was designed during the lockdown and is inspired by the shape of white blood cells, which form the immune system.

Mysteriously landing on the cupola of The Coronet Theatre during the quiet of a global pandemic, Gavin Turk’s The Spirit of Painting sees a lonely figure pose in the adlocutio stance of an Emperor in Ancient Rome addressing his troops. Contra to this heroic posture, this figure portrays the artist in his studio overalls painting the sky with a paintbrush instead of a sword; palette as shield.

Home Grown, is a beautiful series of paintings by Kipling Hunt that will be exhibited in Kensington Memorial Park, on the exterior of the Kensington Dragons Football Club building. Featuring freshly cut plants and drawing on the healing power of flowers and nature, she hopes to inspire passers-by to think about what they can nourish and grow.

Richard Mackness’ Domus installation on High Street Kensington takes the form of a giant plastic food package, crushed and discarded.  Lying on its side on the ground like a felled statue, its smooth, sensuous curves echo the drapery of classical sculpture.  Made of grey concrete, a quintessential urban material, it is an ode to the disposable, single-use culture we have come to accept as the norm.

Roman Lokati’s artwork The Chelsea Look, comprises six life-sized metal figures that will be positioned throughout the borough at locations including Royal Avenue, Duke of York Square and Pavilion Road, featuring famed Chelsea characters from Dame Vivienne Westwood to The Chelsea Pensioner as well as looking to the future icons of Chelsea.

Artist Sokari Douglas Camp CBE has created two larger than life sculptures as Homage to Carnival. Mounted on a makeshift carnival float, these sculptures will be placed in front of The Design Museum.

The mural created by artists Birungi Kawooya and Bokani Tshidzu will be installed on Freston Road opposite Bramley Studios as part of the Untold Stories initiative funded by The Mayor of London. Curated by Bolanle Tajudeen, founder of Black Blossoms School of Art and Culture, an intersectional online art school dedicated to documenting and highlighting the art histories and the current creative practices of Black, Indigenous, and People of Colour. The platform also has a strong history showcasing contemporary Black women and non-binary artists.

Artist Maya Sanbar presents Quilt Patch, an incredible installation made from recycled fabrics, celebrating human expressions of happiness. Made collaboratively in cross-generational sewing and storytelling workshops, and taking the form of stories quilted onto flags, it will hang from the Chelsea Theatre's exterior and will surround the piazza.

Artist Lise Bouissiere, also a member of The Royal Society of Sculptors, will take over Brompton Cemetery’s Chapel with Roller Coaster; a large-scale installation inspired by London’s cityscape. The sculpture is made of used straws that Bouissiere has been collecting in London’s bars, clubs, coffee shops and tea houses. These discarded pieces of plastic are transformed into blooming sculptures.

Who Tells Whom About What, an outdoor, large-scale photo series by leading Czech artists David Böhm & Jiří Franta, will be found at the Czech Embassy & Czech Centre on Kensington Palace Gardens. Using imaginary city models with staged micro-stories, Böhm & Franta draw on current social and political issues to explore the city not only as a place of neighbourhood and coexistence but also as a crowded and fragmented world.