Film screening: ‘The Visitor’ by Sharone Lifschitz and ‘Art as Problematic Waste’ by David Chapman and Aimo Hyvärinen 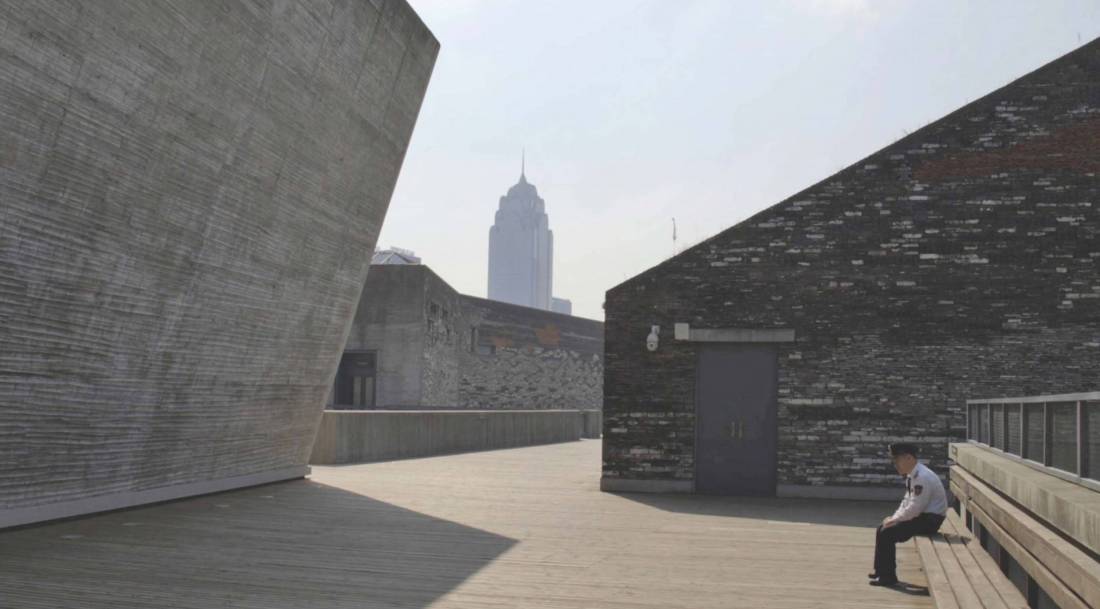 Join us for an evening of boundary-pushing film, with exclusive screenings of The Visitor (2019) by Sharone Lifschitz, Art as Problematic Waste (2019) by David Chapman and Aimo Hyvärinen, and a curated selection of Visions shorts responding to their themes.

The Visitor (2019) is a major collaboration between award-winning artist and filmmaker Sharone Lifschitz and Pritzker Prize-winning Chinese architect Wang Shu. The film revolves around Ningbo Museum of History and its presence as an unofficial memorial to China’s colossal peacetime destruction in its emergence from the debris of hundreds of villages that were eradicated to make way for the new district of Yinzhou.

Through a non-linear narrative that portrays the museum from conception to its imagined future, The Visitor negotiates personal and collective memory against the daily movement and rituals of the museum’s visitors and workers; memory’s physical embodiment into the building’s fabric; our expectation of architectural permanence; and the all-consuming, relentless process of destruction and rebirth that underpins much of China’s urbanscape, economy and state of mind.

Shot in Finland, Germany and the UK, the work is based on interviews with artists, art critics and curators on issues relating to the ‘excess’ of art production and at what point does art itself become waste. Diving into topics including the material management of art, cover storage, legacy, and the disposal of artwork, the documentary contributes to an ever-shifting discussion around making change within the art paradigm and the building of new perspectives around the potential of art to become a very particular form of problematic waste. Details about the Visions shorts which will be screened alongside these films will be released in due course.

The evening will also include screenings of We Send our Signal (2021) by Andrew Demirjian and This place is a message (2021) by British-Canadian artist filmmakers Web-Ellis, the lead artists of programme 2 of this year’s Visions in the Nunnery.

All the screenings will be followed by an informal conversation featuring Sharone Lifschitz and David Chapman.

The Nunnery Café will be open for the duration of the event, with refreshments and snacks available to purchase.

Other events from Bow Arts Trust