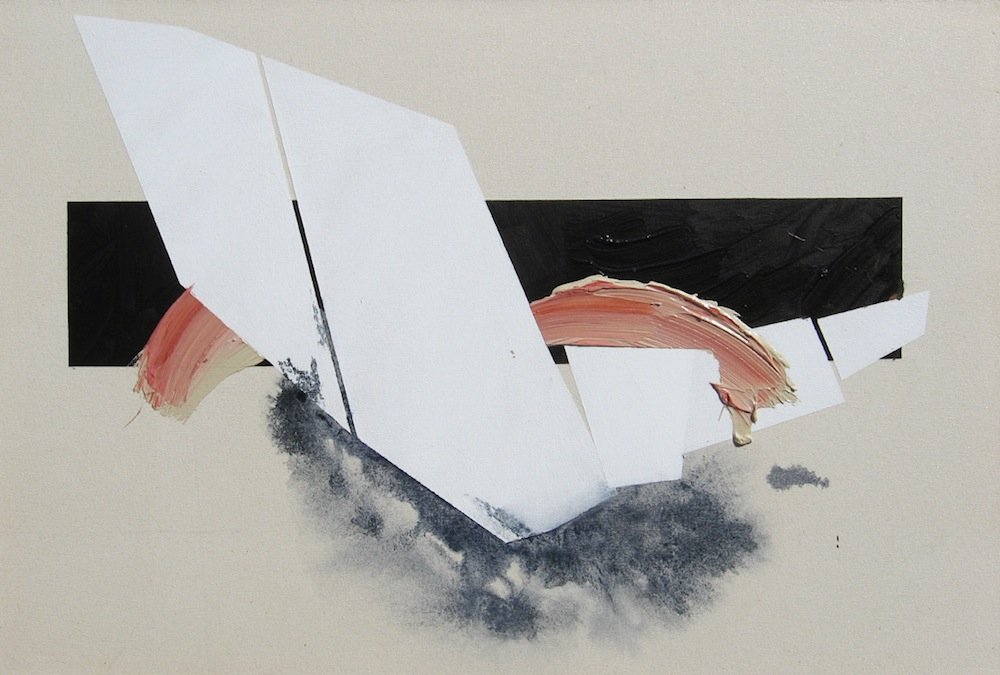 VITRINE Bermondsey Square is delighted to present a solo exhibition of Canadian artist Trevor Kiernander. Taking visual cues from both actual and virtual environments, Kiernander’s paintings explore relationships of space and the problematisation of the figure/ground relationship in painting. Set within Vitrine’s unique window gallery space, spatial relationships within this body of work are further explored in their presentation.

The work begins with an interest in questioning the formal aspects of painting, a concern with “painting as painting” focusing on material and process, where discarded masking and under-drawings are crucial to the final composition; marked by a sense of detachment and displacement.

Kiernander’s vocabulary is informed by a movement between the history of painting and other visual references from his extended environment including “real” and virtual sources. Together, these references feed the development of complex subjective spaces where disparate elements combine to form new relationships and narratives. The detached marks and displaced images become pseudo-landscapes and disconcerting scenarios. Kiernander seeks to create a state of tension where formal relationships such as figure/ground break down and metaphorical resonances remain in flux.