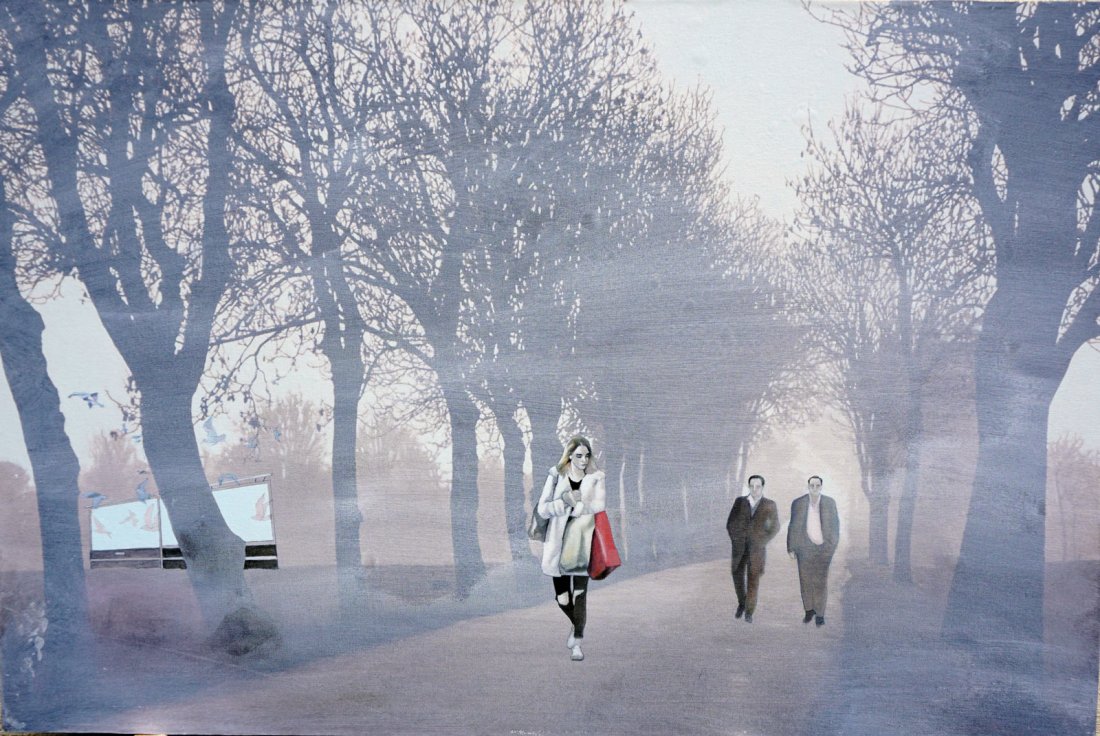 McArdle presents a body of work that explores the relationship between fine art traditions - the nude, the landscape, sculpture, as well as the history of painting itself, and reconsiders each in the context of the new digital image that now dominates visual culture. Across video, drawing installation and painting McArdle, through the relocation of digital images in a fine art context, makes an enquiry into the possibilities of narrative in such a culture. The images he creates disorientate the viewer and plunge them into the unreliable narrative and self-reflection that he suggests result from consuming images in the way we do. He invites the viewer to consider the status of the people, places and events that populate these images and negotiate the gaps between thoughts, desires and language. In doing so he asks a series of questions about contemporary visual culture - what happens when images are taken out of their contexts and sit alongside others? What happens when images find themselves in new cultural and political spaces? How does fine art relate to other image forms? What does it mean to live in a culture in which multiple images are disseminated? Ultimately for McArdle painting is an individual pursuit and a shared experience and through it he asks us to consider how painting changes how we consider these images, once we see them made material.

Peter McArdle was born in Tynemouth, in 1965. In 1989, he was on the shortlist for the Winsor & Newton Young Artist Award. In 1997, during the Year of Visual Art, he was commissioned for work by the Tyne & Wear Development Corporation. He also received commissions from Arts Resource, Sunderland, and the City Council. From 1990, he participated also in group shows, including the Discerning Eye show at the Mall Galleries, London.

In 2003 he founded The Gateshead Stuckists group and was exhibited at the Stuckism International Gallery. He was a featured artist in The Stuckists Punk Victorian show at the Walker Art Gallery for the 2004 Liverpool Biennial, and was one of the ten "leading Stuckists" in Go West at Spectrum London gallery in 2006. In 2007, he was shown in “I Won't Have Sex with You as Long as We're Married” at the A Gallery.

Other events from Abject Gallery