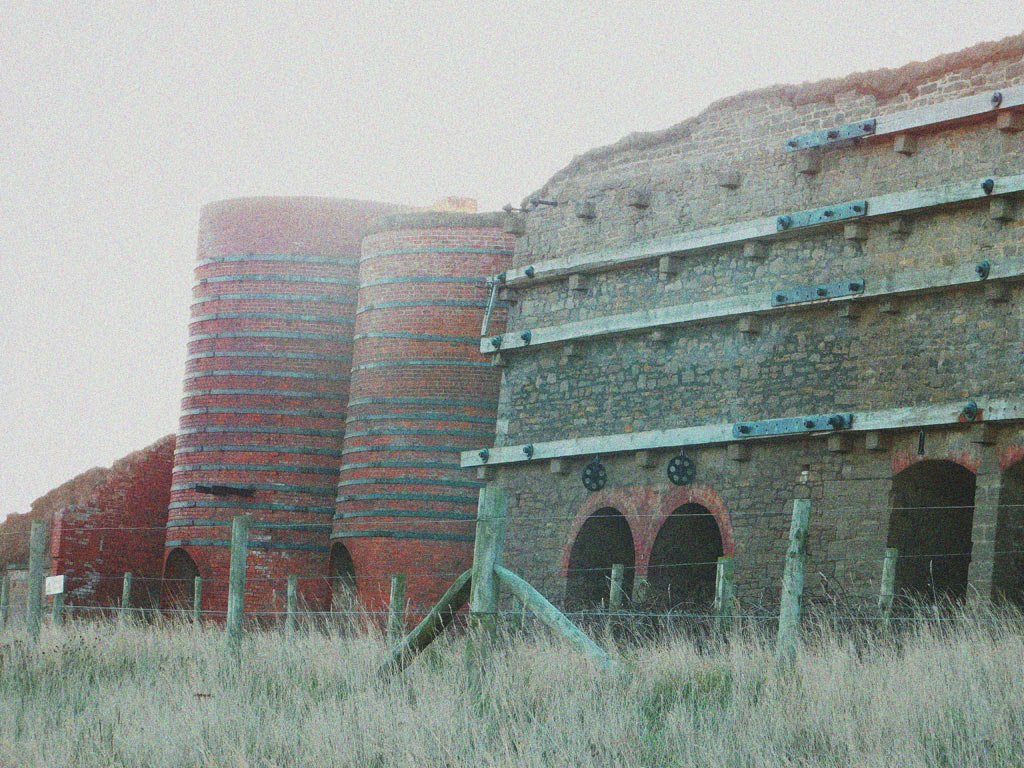 Joe McAllister’s work investigates the landscape around South Tyneside in the north east of England, one that from the early 1800s well into the 20th Century was an important part of the Industrial Revolution. Focussing on several large limestone quarries in the region, the artist has studied the historical, political, and geological aspects of the sites, documenting how the natural landscape and human processes of excavating are mirrored. McAllister has executed his own extractions of material from the quarries, playing into the idea of the ‘site’ and ‘non-site’ and the complexity of presenting the natural landscape in the gallery space.

The extraction made at Souter Point on the South Tyneside coast – from which the exhibition takes its name – consists of two railway crates filled with limestone that the artist extracted from the site, displayed alongside drawn maps of the site taken from historical records as well as a film documenting the journey to find the quarry, which is no longer accessible. The exhibition mimics a museum style of presentation, showing samples and notes in display cases to convey a sense of the artist’s experience of the location and for the spectator: a document of the artist’s time at the site and what he encountered. A sense of time and change are present, reflected in the man-made voids of the quarry and the natural erosion of the sea that borders the site.

Other events from Vane