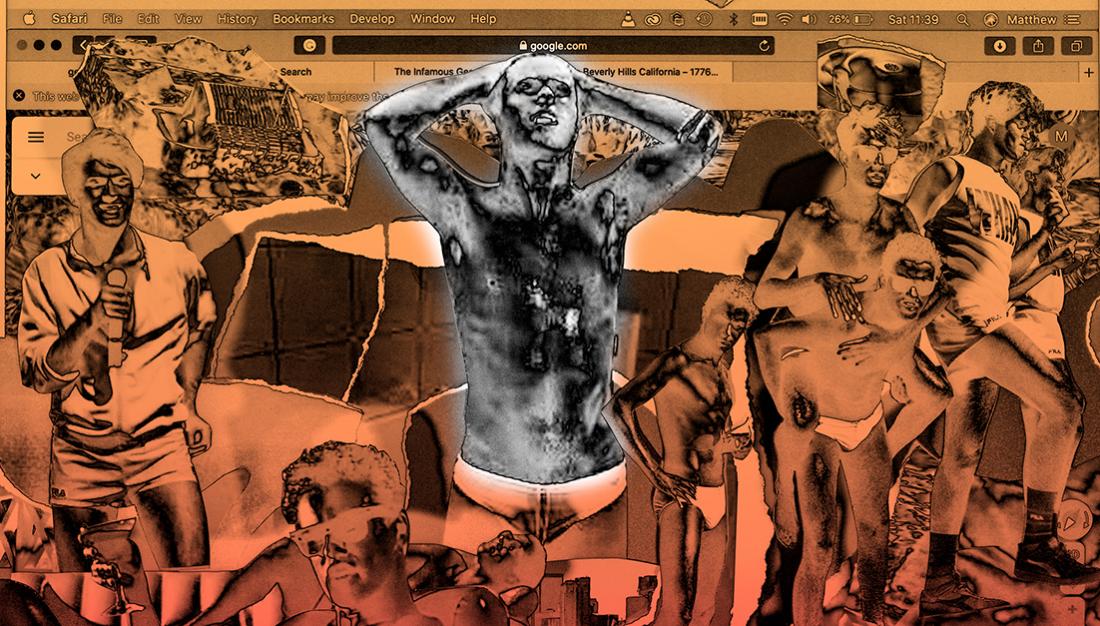 Castlefield Gallery is pleased to present new work by Matthew Bamber and Ivy Kalungi, two artists who explore how images, objects and bodies hold memories of both personal and social histories.
The exhibition will include large scale sculptural works interacting with the gallery’s unique architecture alongside video work and digital collage.

In order to make her sculptures Kalungi employs an assortment of techniques and materials that vary from combining plaster, rope, cement, wood, and metal with more ephemeral materials. Her works often include potent cultural iconographies such as raffia. For Kalungi these material combinations reflect the personal and psychological triggers held within cultural identity. The duality of Kalungi’s Ugandan and Irish heritage informs how she experiences the diasporic condition. She sees the relationship between migration and identity construction as a constant oscillation between cultures, religions and traditions.

A new video work being developed for the exhibition will feature everyday scenes filmed in beauty salons in Kalungi’s hometown of Belfast. These salons are one of the most secure, safe spaces for black women to beautify themselves and form a community to discuss politics, culture and the role of black women in society. Through this work Kalungi wants to communicate this experience and the themes discussed which are rarely shared outside of this safe space. Kalungi’s series of works Mother, Daughter, Sister and Kisenso (2021) have a pyramid structure which is symbolic of a family Hierarchy. Kalungi is interested in the body as archive and how we carry histories and languages in our flesh. Making use of the gallery’s double height space and large public facing windows this series of three-legged metal pieces will reach out into the space and present themselves to passers-by. These work’s express the fragmentation of narratives but also suggest there are ways we might be able to explore past and present through shared memories.

Bamber explores our image-saturated world and his own consumption of imagery. His practice incorporates collage, photography, video, drawing and installation. He constructs assemblages, using photography, personal and public archives and found images taken from the internet, which are re-photographed and digitally manipulated. Compositionally, his works are influenced by both the baroque style and still-life painting. Traces of physical manipulation and digital labour are left exposed revealing the mechanics of these multi-layered images. His work focuses on sexuality, particularly, queer domesticities but also images of violence, drawn from points of intersection between LGBTQIA+ histories and his own memories and personal experiences.

A major new work, The Unswept Floor (2022), is a large-scale floor piece which pays homage to The Asarotos Oikos Mosaic which now resides at the Vatican in Rome. Thinking about the theme of excessiveness and greed, this piece exists as a memento mori, a reminder of humanity’s precarious historical position, at an environmental and cultural tipping point. Bamber will also be showcasing a selection of new collage works.

Seen together the works of these two artists speak both of trauma but also about the possibility for care, patience and understanding one another.

Other events from Castlefield Gallery