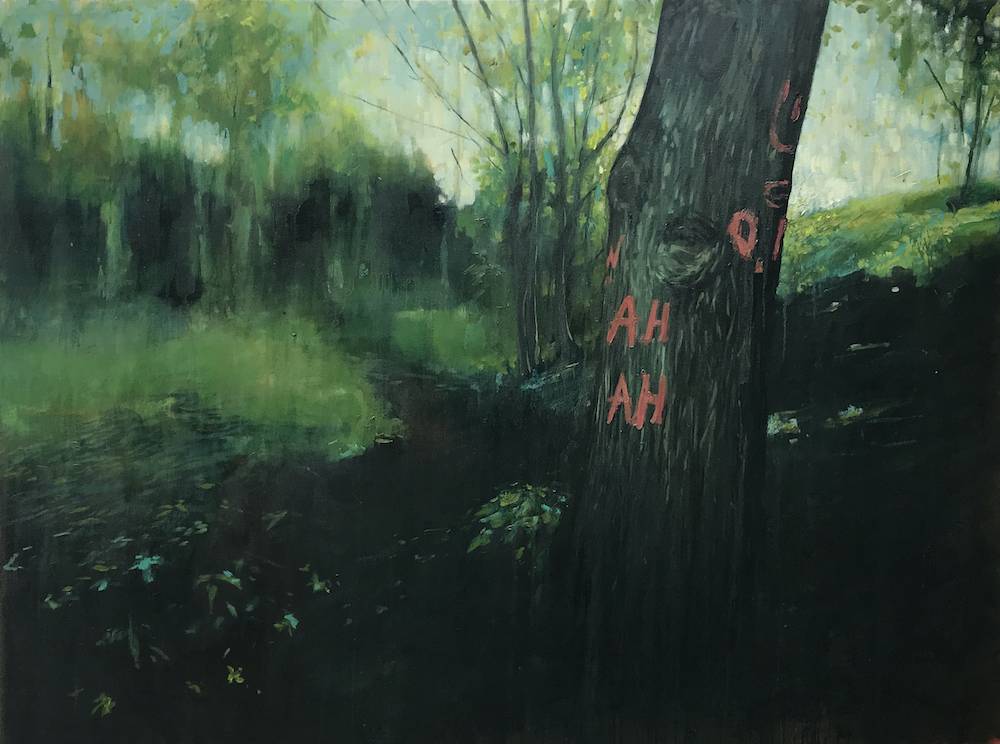 Paul Smith’s new paintings come from his time exploring George Eliot’s legacy in Nuneaton, as part of the writer’s bicentenary, and reflects her understanding of modern English life as being illustrated by the psychology of its marginalia.

In his edgelands, Smith finds the haunting beauty of life in an England of suburban landscapes – places where the delicate balances that describe the ethereality of Englishness itself are pushed, and push back.

Paul Smith is a London-based artist from Sunderland. His work is predominantly narrative abstract painting and collage exploring an interest in what is lost from memory and how that loss is “synthesized as trace in the landscape”.

Paul has exhibited widely in the UK, most recently a solo exhibition “Are You Leaving for the Country?’ at Muse Gallery on Portobello Road, London. He was part of the touring Contemporary British Painting Prize in 2016 and in 2018 a residency with Staithes Studios Gallery in North Yorkshire was followed by a solo exhibition ‘The Staithes Paintings’ and later that year ‘Painting the Anthropocene’ at One Paved Court.

The exhibition will be accompanied by an artist’s talk: Saturday 12 Feb. 2022  at 2pm. Paul Smith will be in conversation with Prof. Ruth Livesey, Royal Holloway. See website to book.

Other events from One Paved Court