Reorientated: a Conversation of Different Geographies 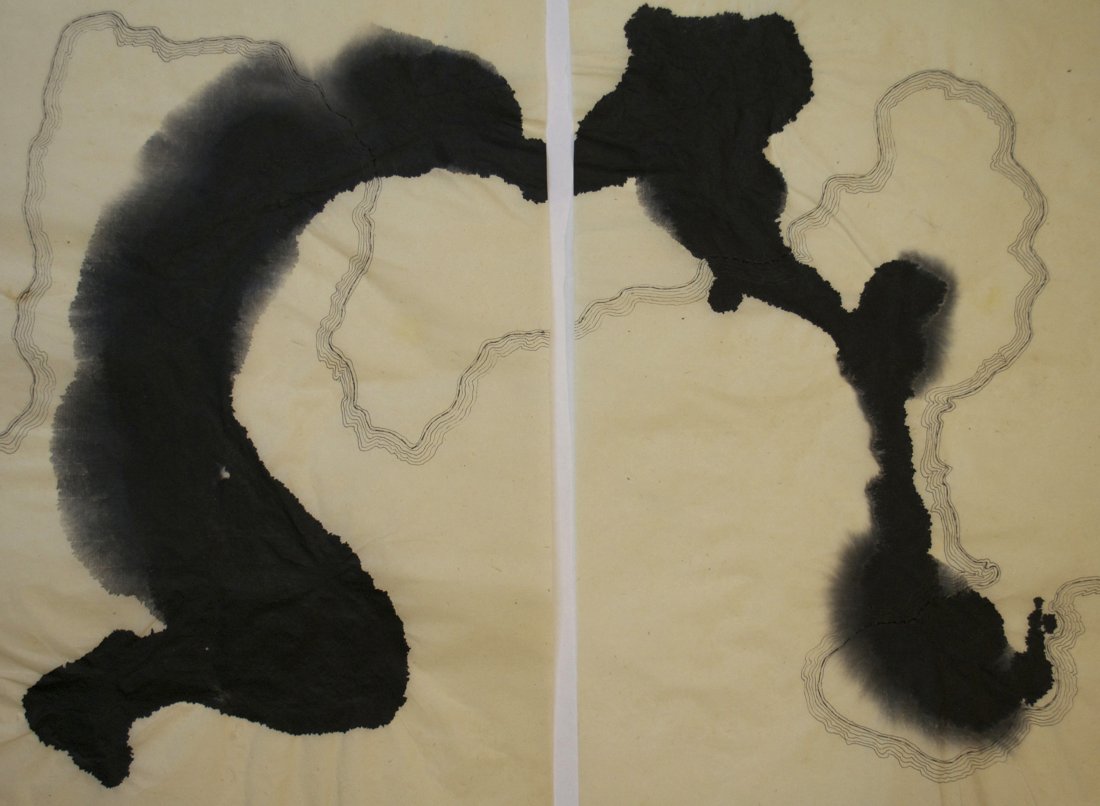 Reorientated: a Conversation of Different Geographies.

Loa Kum Cheung and Brixey-Williams create a disjunctive path that dances between Western upbringing and Eastern composition. Deconstructing the terrains of their own backgrounds, they attempt to understand the relationship between physical and cultural heritage within the context of personal experience. Drawing upon the Chinese notion of Shan Shui, where the purpose is less about realism and more about an expression of the mind and heart, the artists are able to absorb technical qualities of composition, rhythm and flow to cultivate personal landscapes that offer a variety of perspectives upon the idea of belonging. This repositioning unites the artists as they deploy some of the boundaries of Asian landscape art and calligraphy to investigate disconnections between time and location, allowing the pre-existing landscapes to be absorbed into the original meaning of ‘–scape’: a personal and continued material engagement with place.

Julie Brixey-Williams was born in Essex, moved to London in the 1970’s and is a member of the Royal British Society of Sculptors. Her interest in Asian art was fostered during the two years she worked in Hong Kong in the 80’s, when she visited China shortly after border controls were relaxed. Exhibitions include Arabesque V&A museum, London; Drawing The Process national touring show; What is Line? Frost Museum, Miami and W0budong: texts without meaning, Manchester. Residencies include The Observatory at Lymington, The Barbican library and The Association of Anaesthetists of Great Britain and Ireland.

Michelle Loa Kum Cheung was born in Sydney, Australia, and lives and works in London, United Kingdom. Exhibitions include 'Studio Oriental' at Gaffa Gallery, Australia, and Dot to Dot, run by the Mayor of London's Office, in various locations around London.

I minute from Hackney Central station

Other events from Julie Brixey-Williams