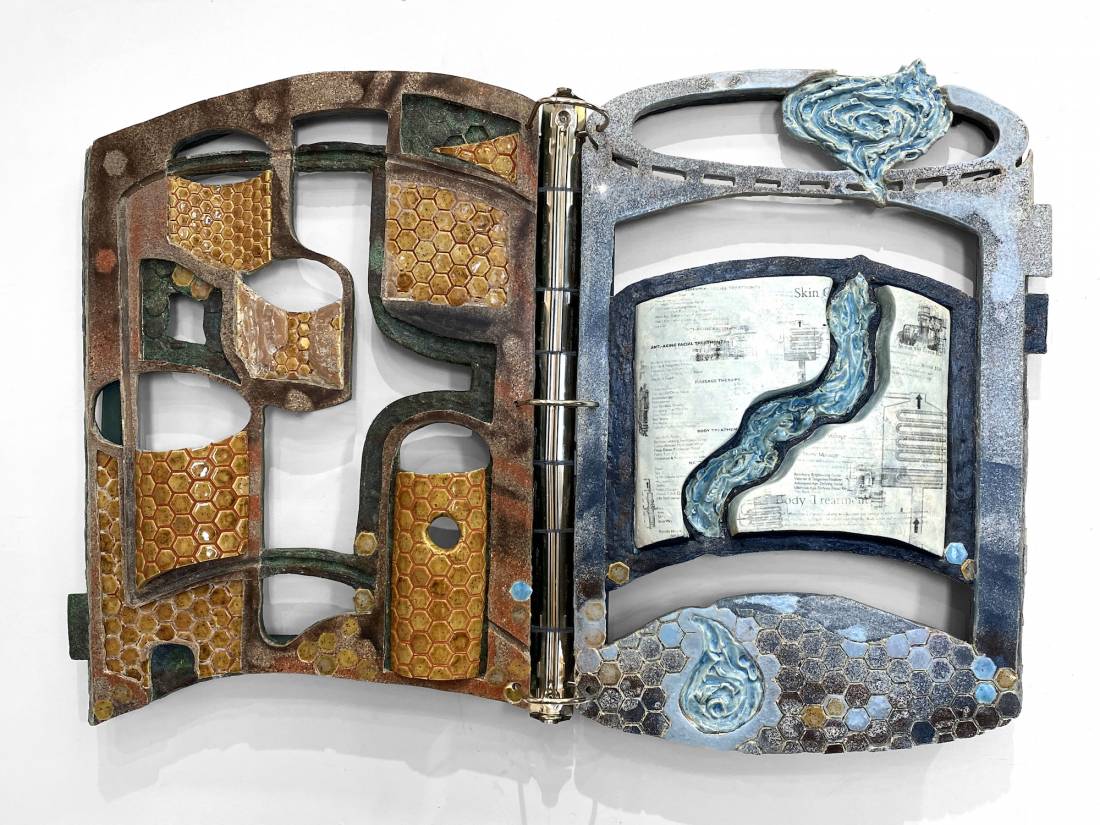 VITRINE is pleased to announce the opening of a second gallery space in London. Located in the heart of Fitzrovia at 38 Riding House Street, the space will be inaugurated with the first exhibition in Europe of Brazilian-American artist Sacha Ingber. The exhibition will open on 13 May during London Gallery Weekend 2022’s West End Gallery Day and runs until 3 July 2022.

VITRINE Fitzrovia is an 850 square foot ground floor gallery space, with a lower floor viewing room and office. In common with our existing spaces in Bermondsey and Basel, glass remains a defining feature of VITRINE Fitzrovia’s architecture, whilst also including a more conventional gallery space, open to the public Wednesday – Saturday, 12-6pm.

Sacha Ingber’s inaugural exhibition ‘One Direction’ brings together new and existing wall and floor-based works. Working with sculpture, ceramic and drawing, Ingber blends image and object, pop and postmodern design, craft traditions, and everyday iconography, to explore the way in which visual languages can take on attitudes of rebellion and humour.

Full of contradiction, Ingber’s work is a labyrinth of meaning. The title of the exhibition ‘One Direction’, simultaneously being a despondent and bleak view of life’s trajectory from birth to death, a disbanded pop-band - a sad eventuality in direct contrast to the notion of happy and joyful music - and the direction of the flow of water, the rising of heat or the spinning of a revolving door. The artist’s nihilistic tendency to create conflict is inherent to her work and practice, and an important way to understand its many winding and overlapping narratives and meaning. In the artist’s own words, “everything is a million things”.

Central to the exhibition is the object and symbol of the binder. Used to hold things together and keep everything in order, as well as being shaped in a spiral motif that turns back on itself, Ingber considers the binder as something which transcends itself.

Ingber likens her work to the process of alchemy, a seemingly magical process of transformation, creation, or combination, in which the artist collages and casts materials and forms together. While producing the moulds for which to cast resin, the artist meticulously produces and curates a selection of components, which vary from hand- sculpted ceramic elements to existing, utilitarian blue-collar industrial functional objects, to be enveloped in the material when poured. Part planned, part intuition, for Ingber the process is similar to cooking, as there is a recipe, yet aspects remain instinctive such as the placement and look of the work; the bottom of the mould is the front of the work, meaning the artist works blindly and therefore reflectively.

Sacha Ingber (b. 1987, Rio de Janeiro, BR) lives and works in Brooklyn, USA. She holds an BA in Studio Art and Psychology from Vassar College, New York, USA and an MFA in Sculpture and Extended Media from Virginia Commonwealth University, Richmond, USA (2013).

Upcoming exhibitions include the artist’s first show with VITRINE and in Europe (London, May 2022) and a solo show at Casey Kaplan, New York, USA (Nov 2022).