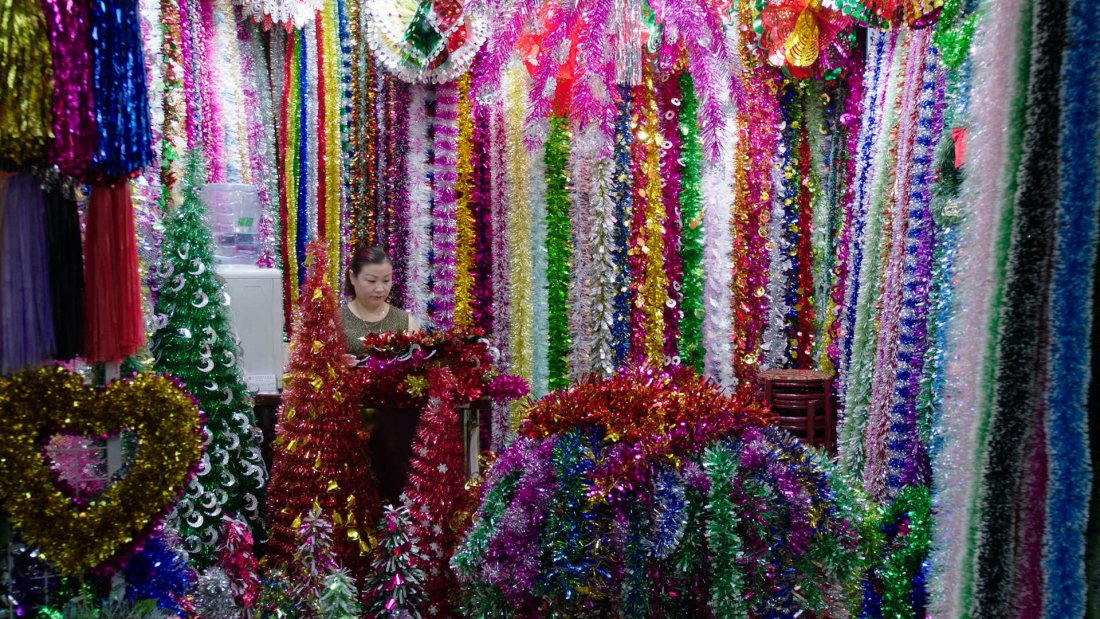 Mika Rottenberg presents new and existing work in an exhibition that will run throughout seven galleries in Goldsmiths CCA.

Featuring two new films, Rottenberg will respond to the building incorporating purpose-built installations alongside sculptural objects. Mika Rottenberg is known for her ability to highlight themes such as the inequalities of our global economy and the fragility of the human body, spun through a lens of humour, absurdity and confusion. She juxtaposes the vulnerabilities and strengths of her protagonists within uncanny interpretations of our physical world.

Rottenberg’s elaborate visual narratives draw on cinematic and sculptural traditions to forge a new language that uses cause and effect structures to explore labour and globalisation, economy and production of value, and how our own affective relationships are increasingly monetised. The artist explains that through film, architectural installation, and sculpture, she “designs systems with their own subjective logic, precarious systems that are constantly on the verge of collapsing, both logically and physically but somehow are able to hold themselves together through this motion of perpetual movement and growth, until they also pop…”

Two new works have been commissioned for the exhibition: Untitled (Ceiling Projection) and Study#4, which examine the human body’s physical and psychological potential and limitations. Rottenberg attempts to create a kind of psychological state, a spiritual state and a cosmic state, where energies transform things from one state of matter to another. There’s a crucial pivot point in these works, where they “become little solar systems or salad spinners, governed by their own perpetual centrifugal force”.

BIOGRAPHY
Mika Rottenberg was born in Buenos Aires in 1976 and lives and works in New York. Her film installations explore the seduction, magic, and desperation of our hyper-capitalistic, globally connected reality. Recent solo presentations of Rottenberg’s work include Magasin III, Stockholm (2013), Israel Museum, Jerusalem (2014), Palais de Tokyo, Paris (2016) and the Bass Museum, Miami (2017–2018). Rottenberg’s work was also showcased at the Whitney Biennial 2008. She collaborated in 2011 with artist Jon Kessler on Seven, a cycle of performances and installations created for Performa 11 in New York City. In 2015, her work NoNoseKnows was featured in the Venice Biennale as part of All the World’s Futures. Rottenberg’s most recent film Cosmic Generator was part of Skulptur Projekte 2017 in Münster.