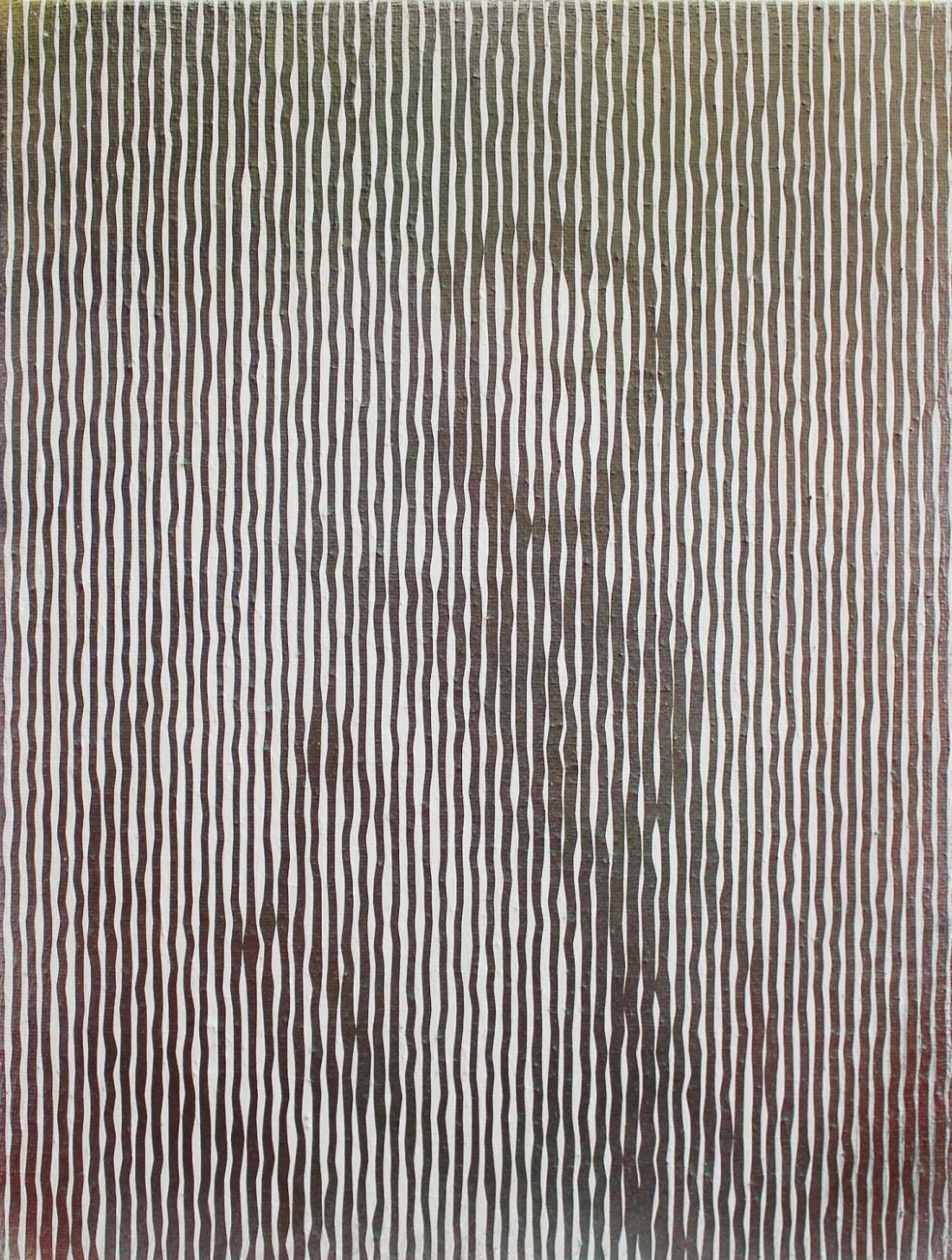 Berlin based British artist Lee Wagstaff presents a new series of geometric and optical paintings that are his response to the endless assault of imagery presented to us in this digital age. Blurring the lines between abstraction and figuration these meticulously rendered works in oil and enamel paints challenges the viewer to find meaning in the meaningless.

Wagstaff starts by using pattern generating algorithms to fragment and manipulate his source material, drawn from nature, art history, popular culture and pornography. By intentionally reducing or obfuscating images, all that is left in the final painting is an essence of an image that the brain is forced to try and make whole again. At the same time the viewer is overstimulated and misdirected by staccato like movements within the monotone geometric patterns.

There is a musical term ́sharp attack / gentle decay` that describes an envelope of sound. The attack is the journey to the peak of a sound, for example, a hand clap or a gunshot, the decay is the gradual decrease of amplitude when the source has been removed but the sound prolongs, for example when several bells have been struck in quick succession.

"the aim of these paintings like sharp attack / gentle decay is to have a strong initial impact that fades as the viewer becomes used to the patterns, eventually fading into a retinal burn as the viewer looks away - then bang starts again as the viewer reengages with the imagery".

When the eye is presented with overwhelming optical stimuli there is an innate panic delivered to the brain that bypasses the subjects contained within the imagery as well as the viewers personal aesthetic tastes. Evolutionary scientists say that humans are hard wired to attempt to interpret patterns, this could be linked to a primitive biological drive to detect the movement of predators camouflaged within the environment or the need to discern the emotional states written on the faces of our competitors.

Wagstaff has intentionally chosen the seemingly contradictory technique of hard edged painting onto the rough uneven surface material of burlap. He also abandons the discipline of a formulaically recognizable style or subject matter allowing the whole installation to become an aggregate ́collage` of pattern and forms that begs associative interpretation.

Lee Wagstaff was born in Southend-On-Sea, he studied at Central St.Martins College of Art, the Royal College of Art and Kyoto City University of Art, Japan. His work is held in the collections of the Victoria & Albert Museum, the Omer Koc collection, the Museum of New Art, Estonia, Soho House and formally in the David Bowie Collection.

Other events from Jealous Gallery