Keith Vaughan: On Pagham Beach - Photographs and Collages from the 1930s 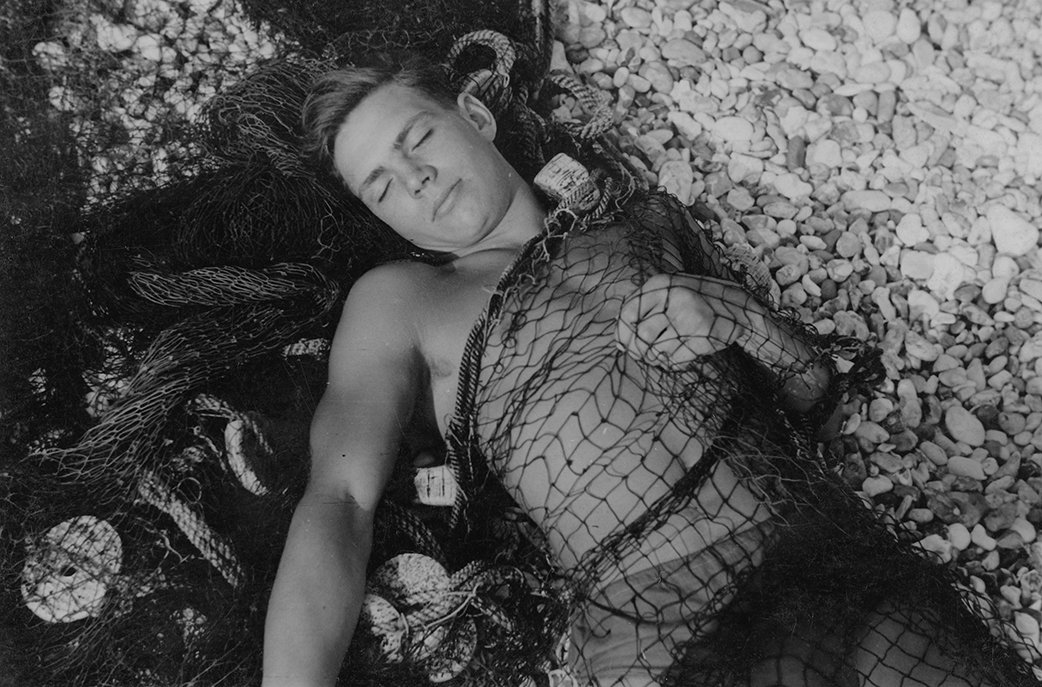 In Autumn 2017, Austin/Desmond Fine Art will present an exhibition of rare vintage photographs and collages by the British artist Keith Vaughan (1912-1977). Dating from the 1930s, the majority of these images have never previously been seen or exhibited.

Recording the visits made by the artist and a close coterie of male friends to Pagham Beach (located near Bognor Regis in West Sussex), these works were known to have existed and were often alluded to in published studies on the artist, but their whereabouts have always remained a mystery. The re- emergence of this remarkable collection will confirm the central role that photography played in Vaughan’s artistic development. As a self-taught painter and photographer, many of these vintage photographs are the source material Vaughan used for drawings, gouaches and oils created after the Second World War. In every way, they are the foundation that led to the artistic evolution of one of Britain’s most renowned twentieth century figurative painters.

2017 marks the fortieth anniversary of Vaughan’s death, which also coincides with the fiftieth anniversary of the repeal of the ‘Labouchere amendment’ of 1887 and the passing of the Sexual Offenses Act in 1967, which legalised homosexuality between consenting adults – behaviour which for the previous eighty years had been liable to prosecution and imprisonment with hard labour for up to two years.

Six other photographs from the Pagham period were reproduced in Alan Ross’ authorised publication of Vaughan’s frank Journals & Drawings in 1966. This book was itself a brave gesture, given that it preceded the change of legislation by a year. The photographs supplied by Vaughan for reproduction in Journals & Drawings were subsequently lost by the publishers.

At the age of 19, Vaughan joined Unilever’s advertising agency Lintas as a trainee layout artist, and left at the age of 27, with the stated aim to become a painter. He had already had encouragement from his art teacher at Christ’s Hospital School, and the photographs and collages in this collection show an awareness of both contemporary European photography by such figures as Man Ray, Laszlo Moholy- Nagy and Bill Brandt, and of an emerging Neo-Romantic sensibility. During war service in Britain, Vaughan would become friends with leading artists of that movement, such as Graham Sutherland, John Minton and John Craxton. Vaughan’s designs also suggest that he had probably absorbed ideas from Bauhaus teachings – Herbert Bayer and Moholy-Nagy having exhibited at the London Gallery in the mid-30s – and from the Surrealists who, besides the major exhibition at the New Burlington Galleries in 1936, had also shown at the Mayor Gallery and at the London Gallery, in its later role under the direction of the Belgian Surrealist E.L.T.Mesens.

With Vaughan’s clear interest in photography, artist-colleagues at Lintas had encouraged him to acquire the best pocket camera, a German 35mm Leica. He set up his own darkroom at his family home in Lyncroft Gardens, Hampstead which allowed him to experiment with male portrait and nude photography, which might have raised eyebrows then in high street print-processing shops. Besides some large original prints of portrait heads, the core of the collection lies in what were historically known as the ‘Pagham photographs’, a group of postcard-sized prints found in a hand-built cardboard box labelled in the artist’s hand. These represent in the main Vaughan’s photographs of male friends who accompanied him to Pagham beach in the summers between 1935 and 1939, seen at rest or at play, naked or near-naked, on the beach, in the abandoned harbour or in their beach hut – a converted railway carriage.

It is evident that the collages in this exhibition – each made up of beach photographs placed on ink and gouache backdrops – sometimes double-sided and on standard sized card-supports were intended to form all or part of a proposed Pagham Beach Album. This is an important discovery as it represents a possible unknown third album created by Vaughan in the 1930s and produced between the Highgate Ponds Album (1933) and Dick’s Book of Photographs (c.1940), the latter thought to have been realised in response to the death of his brother Richard in 1940 whilst on active service with the RAF.

In contrast to the artist’s collages, the ‘Pagham photographs’ reflect a different source of inspiration, in the work of contemporary photographers of the male body such as George Hoyningen-Huene, George Platt Lynes and Herbert List, and in the cult of the male athletic body emanating from Germany after WW1, and seen in the photography of Kurt Reichert and Gerhard Riebicke.

Several of Vaughan’s designs for advertisements for Lintas are in the Tate archive collections, but it holds none of the artist’s original collage work combining photography with gouache, pen and ink drawing, which will be on exhibition here. A major and extensive collection of Keith Vaughan material is also held at the University of Wales Art Gallery and Archive at Aberystwyth. Both the aforementioned Highgate Ponds Album and Dick’s Book of Photographs are in the above collection.

John Keith Vaughan was a modern British painter. Born in Selsey, Vaughan was self-taught as an artist and exhibited extensively in the UK throughout his life, as well as in North and South America. His paintings concentrate on studies of male figures, and became increasingly abstract as his practice developed. Vaughan worked as an art teacher at the Camberwell College of Arts, the Central School of Art and later at the Slade School. He was made an Honorary Fellow of the Royal College of Art in 1964, and was awarded the CBE in 1965.