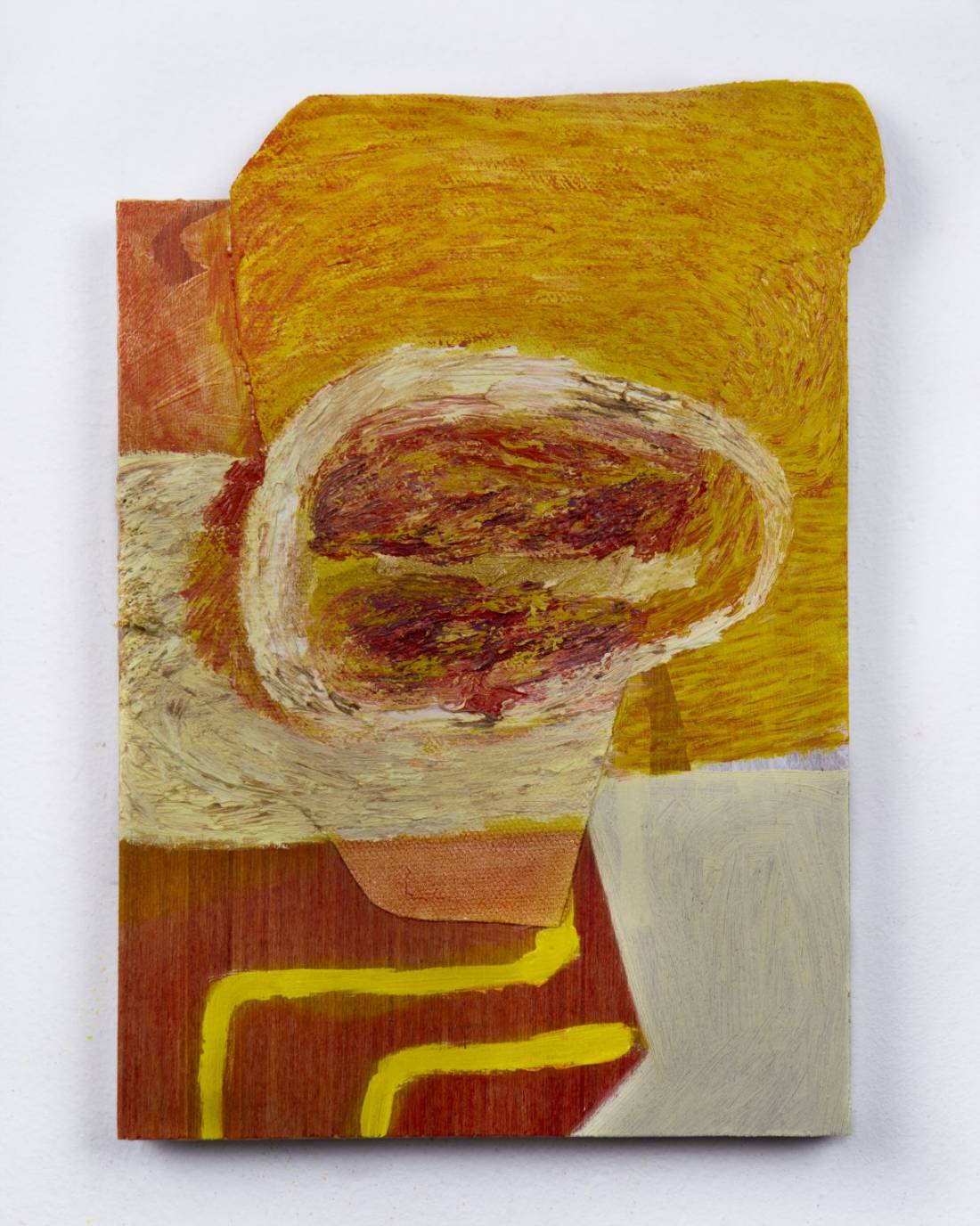 STUDIO WEST is proud to present 16 Branches High, a solo show by London-based Polish painter Karolina Albricht. Thematically the pieces on show are a continuation of Albricht’s investigation of both formal and metaphysical concerns including colour, space, the body, movement, and gesture.

“I think the role of painting is essentially to bring together different modes of thinking and seeing to arrive at something that one possibly hasn't encountered before.” Karolina Albricht

The exhibition title comes from the lyrics of Nick Cave and The Bad Seed’s Spinning Song. The phrase ‘16 Branches High’ has been pasted up in Albricht’s studio for months, watching over and influencing the many facets of the artists’ ever-developing practice. Music, syncopation, and rhythm underpin Albricht’s practice. Often working to playlists, the organic line and irregular shapes seen throughout the works in the show mirror the dissonance, and indeterminacy of many of Albricht’s ‘Studio Playlists’.

As part of Albricht’s process, studio detritus is recycled to create textured surfaces and additions; sometimes anthropomorphic, the artist uses shredded jute as ‘hair’; dried paint fragments and aptly named ‘other stuff’ (pumice, sand, grit, and calico amongst other things) to fashion work that escapes the expected boundary of two-dimensional painting.

“‘I use a variety of materials and strategies to disrupt the image and force myself to ‘unsee’ it, re-examine it, re-configure it, and locate it again. It’s vital to me to keep the paintings open and alive, keep the curiosity and search for potential going.”  Karolina Albricht

Albricht investigates the relationship between the body and the canvas. The movement of her body can be observed in the works, both small and large. Colour shifts, jagged lines and nearly recognisable forms overlap each other to generate a sense of visual potency. Her largest canvases are like realms to be entered, dwarfing the body of the viewer as they stand and observe. The smaller works, meanwhile, contort shapes, objects, and reality, creating paintings that burst out from their own seams, breaching conventional constraints of the canvas.

“The different scales require diverse treatments and approaches both physically and psychologically. Making the large paintings involves moving my entire body, creating a sense of the canvas and myself as two people sharing space.” Karolina Albricht

Her newest venture, small scale sculptural works, recall the apertures of Barbara Hepworth’s forms. The textural amalgamation of ‘hair’, hessian and other materials suggest Meret Oppenheim’s surreal, fluffy objects. For Albricht, these pieces are not a ruptured break with her painting practice, but instead continue the three-dimensional thinking that is essential to her methodology across her creative output. The sculptures further emphasise the importance of physicality in Albricht’s practice and the intimate relationship of material and artist. One can sense Albricht’s hands manipulating the Papier-mâché Clay surface to create her gang of strangely anthropomorphic assemblages.

The exhibition thus captures Karolina Albricht at a pivotal moment in her career, as she experiments with the realm of three-dimensional thinking. The exhibition extends her established painting practice and invites the viewer into a constructed world where painting and sculpture collide.

In response to Karolina Albricht’s exhibition 16 Branches High, and in collaboration with Portobello Dance Co., dancers Leila Wright and Stanley Young will choreograph and perform a unique presentation in the gallery space on the evening of the 24th of March. Through movement Wright and Young will translate and react to Albricht’s engagement with shape, colour and surface.

Karolina Albricht has presented two previous solo exhibitions OFF-BEAT, JGM Gallery, London (2021) and The Unknown Land, Vinarius, London (2017). She has exhibited in multiple group shows including most recently at Galerie Ismene, Norway (2022), Hastings Contemporary (2021), ASC Gallery (2021) and Saatchi Gallery (2018). She was awarded the ArtGemini Public Choice Award in 2015, The Tyson Award selected by Liz Gilmore in 2021 and the Artist Surfaces Award in 2021. She completed a Socrates-Erasmus at ArtEZ Institute of Fine Arts, an MA in Painting at the Jan Matejko Academy of Fine Arts, Krakow and was selected to partake in the TURPS Studio Programme in 2020. She is currently based in London and works from her studio in Bow. Alongside painting, she has curated a series of exhibitions in London. @karolinaalbricht | karolinaalbricht.com