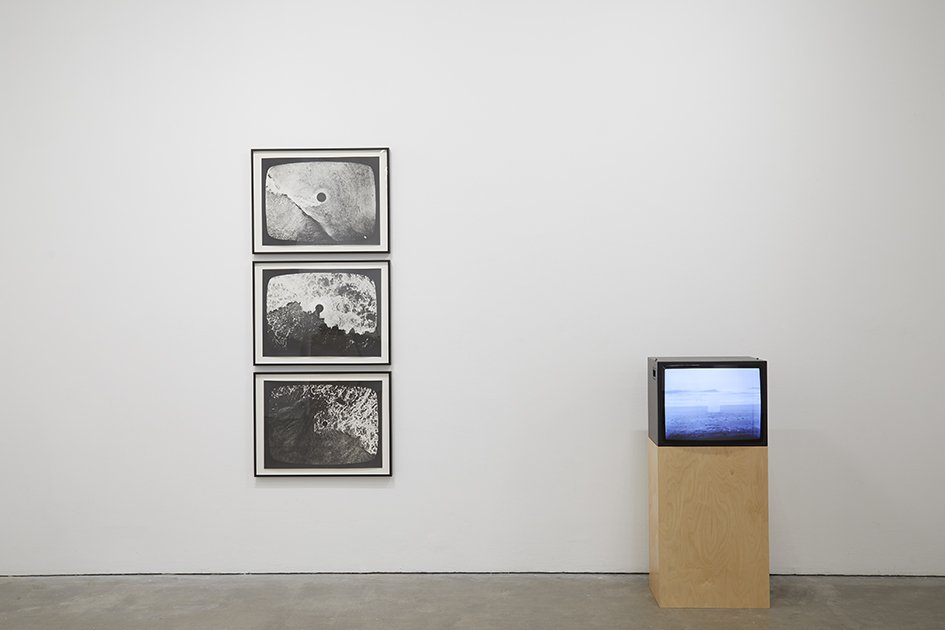 Pi Artworks London is pleased to announce EXTROSPECTION curated by David Thorp. EXTROSPECTION is 2020-21 season opening show of the gallery and coincides with Frieze London week.

Conceptual art was an international movement and, after New York, London was an important centre. The artists selected for EXTROSPECTION all have a strong link to London. They are drawn from different generations, from those instrumental in establishing conceptual art as a discipline to those active today.

Over the years the term Conceptual art has come to be used as a popular catchall for everything that isn't conventional painting and sculpture. But did Conceptual art actually die in the 70s? Or has it survived as a distinct discipline formed by the extrospective consideration   of things external to the artist - putting ideas about art and its place in the world over the  artists’ mental and emotional processes?

David Thorp is an independent curator. He has been the Director of Chisenhale Gallery, London; The Showroom, London; The South London Gallery; Curator of Contemporary Projects at the Henry Moore Foundation and International Adjunct Curator PS1 MoMA, New York. He was Curator of GSK Contemporary at the Royal Academy of Arts, London in 2008/09 and Curator of the annual Sculpture Park for the Frieze Art Fair in London from 2005 -2011. As well as working on a variety of contemporary art projects for a portfolio of arts organisations, he has held senior positions at  the ICA, London and Modern Art Oxford. Thorp writes extensively on contemporary art and has sat on numerous juries for art awards including the Turner Prize, UK in 2004.

Fiona Banner aka The Vanity Press, born in Merseyside, England, UK, lives in London, explores gender, collections, and publishing through a practice spanning forms as varied as drawing, sculpture, performance, and moving image. In 1997 she started her own publishing imprint The Vanity Press, which has been the backbone of her work ever since. Banner toys with the snobbery inherent in the title by publishing posters, books, objects and performances that deploy a playful attitude and utilise pseudo grandeur. Barry Flanagan (1941-2009) born in Prestatyn, Wales, UK, is widely acknowledged as one of the leading innovators in sculptural practice to have emerged from St Martins School of Art in the mid 1960s, before this he had already experimented extensively with concrete poetry. In one of his notes Flanagan described his sculptural practice as akin to ‘the poet of the building site.’. Flanagan’s experimentation with methods and materials remained central to his practice and he continued to extend and to question the range of sculptural properties. Toby Tobias Kidd, born in Newtown, Wales, UK, lives in London, is interested in the way we navigate language at an ideological level; technical jargon and ordinary language, emotion, and structural hierarchies. Text and speech become the material that mutates into a multi-headed monster, a mash-up of pop-songs hijacked for partisan means, collective structural investigations, stories of economic crises, and imagined future anarchist parks. John Latham (1921-2006) born in Livingstone, Northern Rhodesia, Zambia, lived in London, was a pioneer of British conceptual art, who, through painting, sculpture, performances, assemblages, films, installation and extensive writings, fuelled controversy and continues to inspire. A visionary in mapping systems of knowledge, whether scientific or religious, he developed his own philosophy of time, known as ‘Event Structure.’ In this doctrine he proposed that the most basic component of reality is not the particle, as implied by physics, but the ‘least event,’ or the shortest departure from the state of nothing. Cally Spooner, born in London, lives in London, work consists of media installations, essays, novels and live performances such as radio broadcasts, plays and a musical, which grapple with the organisation and dispossession of that which lives. She often uses rehearsals, or the episodic form, as a means, and an end, in itself. Anne Tallentire, born in Portadown, Ireland, UK, lives in London, is working with moving image, sculpture, installation, performance and photography. Through visual and textual interrogation of everyday materials and structures, she seeks to reveal systems that control the built environment, affect displacement and shape the economics of labour.

Other events from Pi Artworks