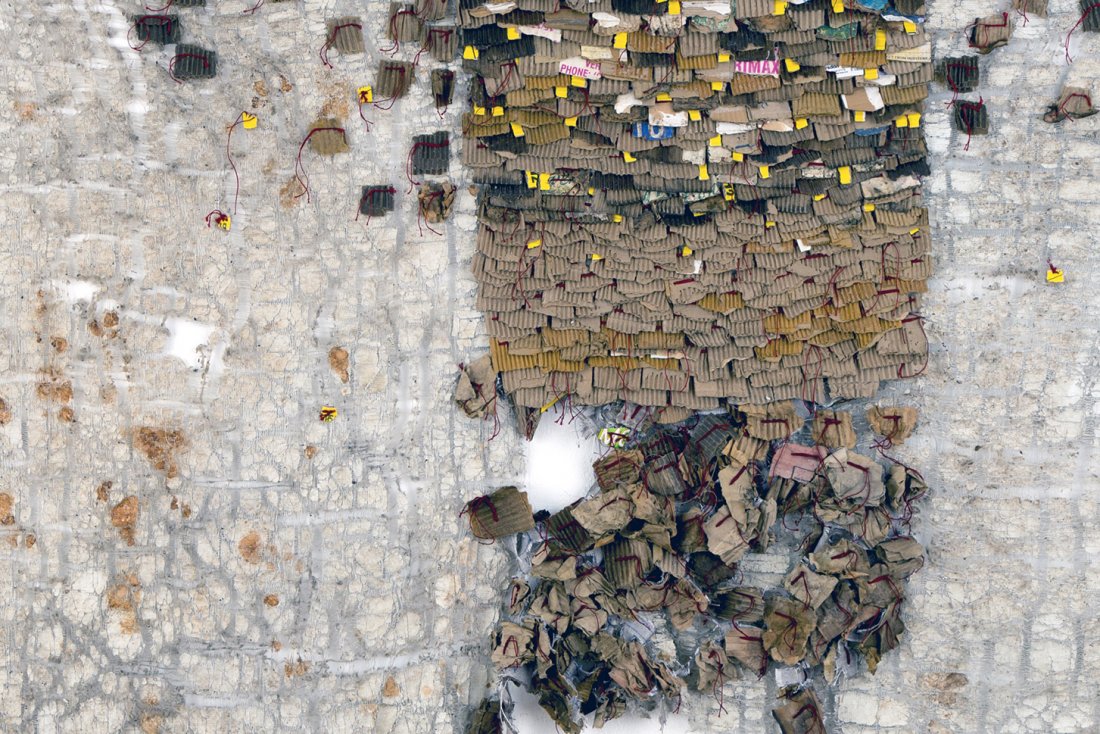 Tyburn Gallery is pleased to present Emergency Exit, a solo exhibition by Wallen Mapondera. A multi-disciplinary artist who creates work through painting, drawing, sculpture and installation, Mapondera is best known for his complex wall sculptures which create richly textured abstract surfaces out of textiles and cardboard.

The title of the exhibition resonates with the material conditions in Zimbabwe, the artist’s country of birth, describing how the failure of the state to provide for its citizens, and the failure of global initiatives to achieve decent living standards for all, have created the need for an emergency exit. Mapondera examines how people create their exits from poverty and hardship, using their creativity to invent short-cuts and back doors to get them out of challenging circumstances. He questions the way in which oppressive conditions become the new normal, exploring the routes people take in escaping them.

Works on show will include a series of intricate wall hangings created by distressing and manipulating textiles, adding elements such as collage, waxed cotton thread, cardboard scales, and oil paint. These ethereal pieces serve as complex, abstracted landscapes, their lines and details mapping histories and personal journeys. Alongside these will be a series of oil paintings on canvas, presenting surreal, unnerving dreamscapes, evocations of the precarious psychological states of the city space.

Wallen Mapondera was born in 1985 in Harare, Zimbabwe. He is currently based in Grahamstown, South Africa, where he is undertaking a Masters in Fine Art at Rhodes University.

Mapondera graduated from Zimbabwe’s National Gallery School in 2007. He attended the Chinhoyi University of Technology in 2008 but, due to political instability, could not complete his studies. Since then, he has sustained an independent artistic practice in Zimbabwe.In 2015, he co-founded Post Studio Arts Collective, a visual arts group that works toward the acknowledgement of visual art as an important aspect of education, spreading awareness through classes, exhibitions and workshops hosted by both practicing visual artists and academics in the art world, including lecturers, curators and art critics.