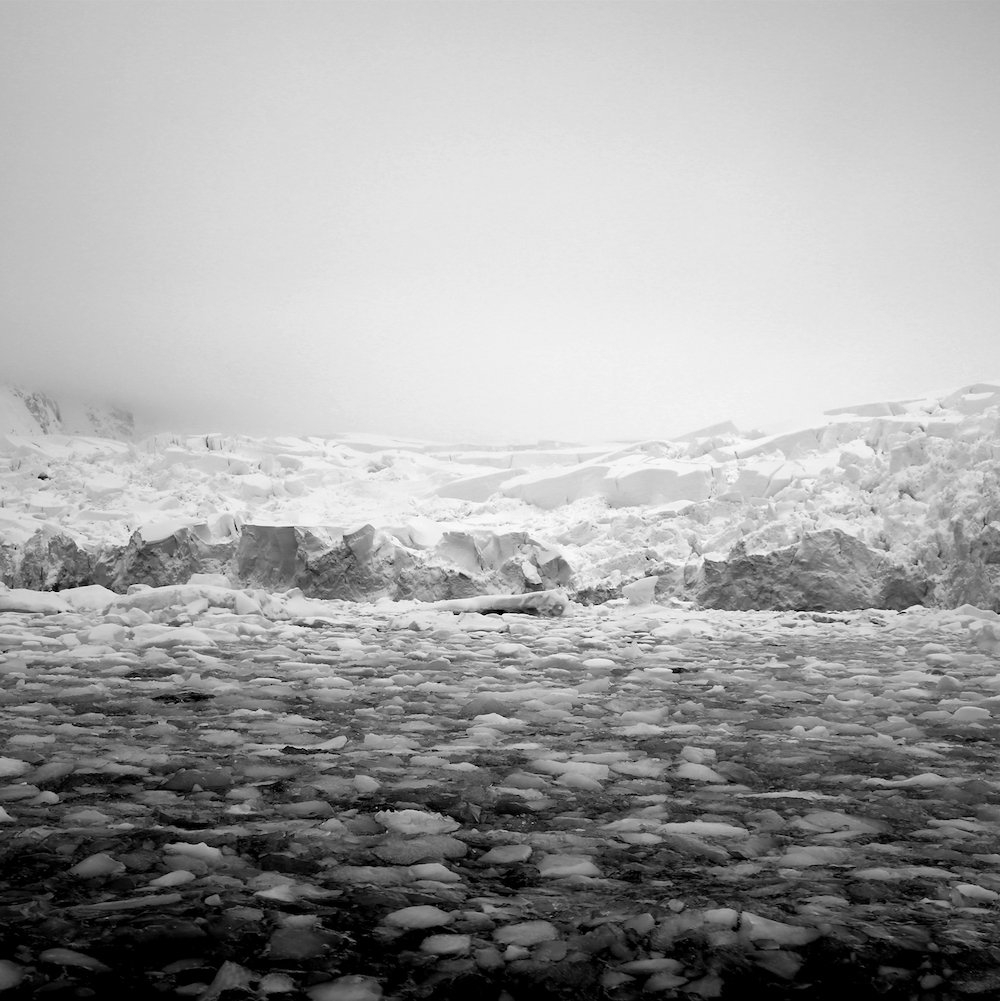 Roman Road in collaboration with AucArt is delighted to present Fragile Strength, a solo exhibition by British artist Ben Cullen Williams. The show comprises photographs and a video work from Williams’ journey to Antarctica with the polar explorer Robert Swan, the first man ever to walk unsupported to both the North and South Poles. As a young child, Williams always dreamt of venturing to the continent in the footsteps of Captain Scott, inspired by the experience of Scott’s expedition through the black-and-white photographs of Herbert Ponting, the expedition’s photographer. Williams’ own monochromatic images are in direct conversation with these at a time of rapidly increasing technological change. 2020 is the 200th anniversary of the first sighting of Antarctica. What might we see of it in another 200 years?

As Williams’ images capture a moment in the centuries-long cycle of melting and freezing, they point to the increasing importance of documenting this present time within the Anthropocene. They provoke a dialogue about the continent’s liminality and its cycle that is now in transition, on a threshold, suspected but not yet known, at a tipping point in a direction of irreversible change. The photographic prints and video work speak to each other about the different truths of what we see and what is taking place; the prints, with a literal truth, make still what is moving while the video work, within its manipulated imagery, hints at a deeper reality.

The exhibition features a selection of monochromatic giclée prints in a range of scales. The prints are taken from a body of photographic work created on the expedition to Antarctica with Swan. Alongside his photographs, Williams also filmed key moments while on the journey. The exhibited video work Passage (2017) contains digitally manipulated footage to investigate the transitional moment of the continent and simultaneously a transitional moment of the self, whilst raising questions about current and future relationships to our lived environments in a digital age.

Other events from Roman Road