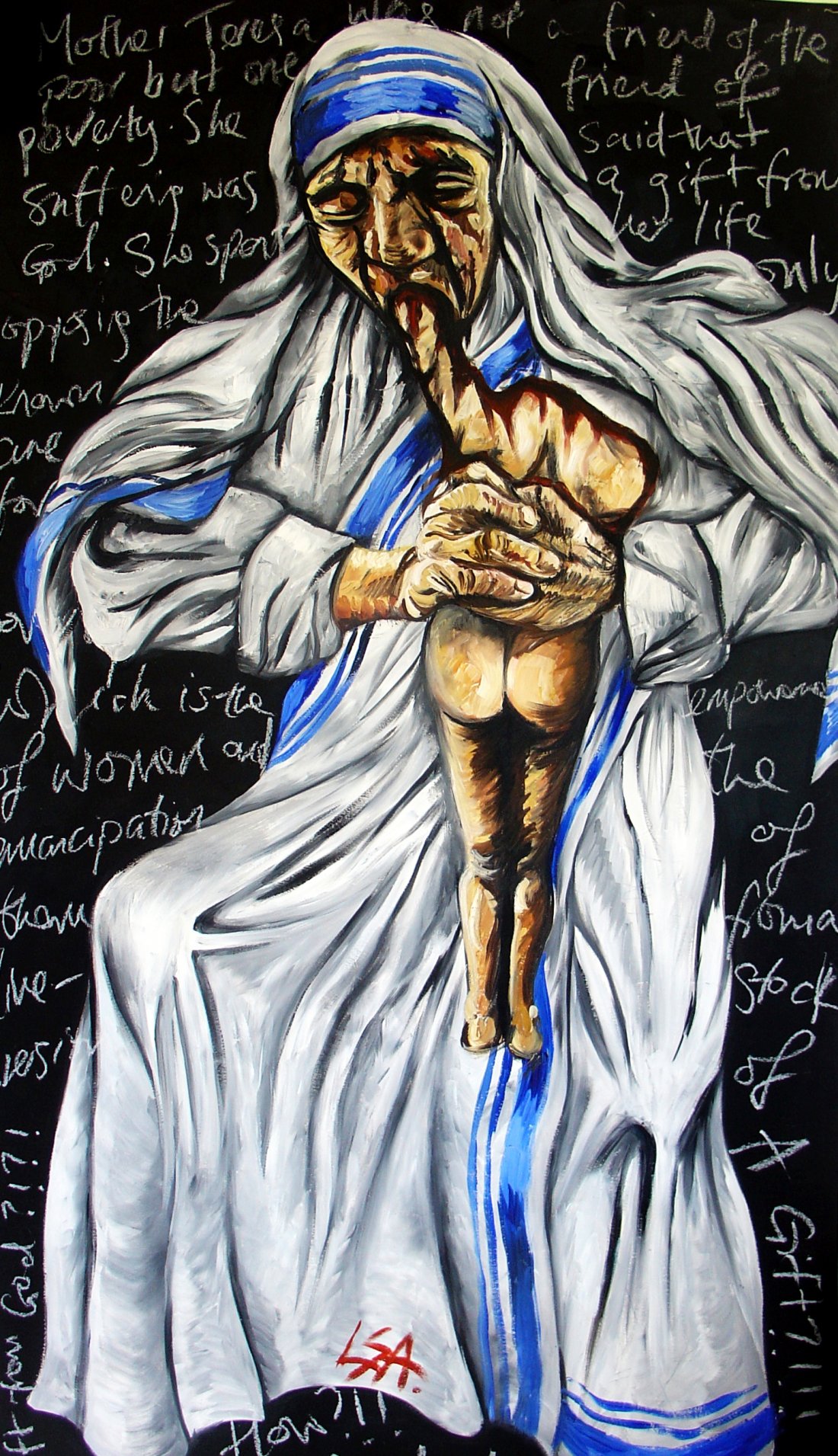 Blasphemy is a series of about 40 paintings celebrating the right to criticize. Blasphemy hails the right to question, ridicule and deconstruct anything. Lakhveer believes that there is nothing sacred and thus there is absolutely nothing which can be blasphemed against. He concludes the act of blasphemy does not exist; ‘a world in which you can have your ideas crushed, deconstructed and falsified is indeed the only world worth living in.’

The paintings are bold, iconoclastic, playful and comedic. They’re a rich assortment of colour, style, point of attack and texture. Lakhveer invites you into the worlds of punch lines, into the worlds you believe shouldn’t be formed because they’re not allowed, into the worlds of white noise absurdity which you’d only notice as such if you stepped back.

Blasphemy does not aim to shake anyone’s belief and neither does it believe itself able to do so, however it hopes to make you laugh at it.