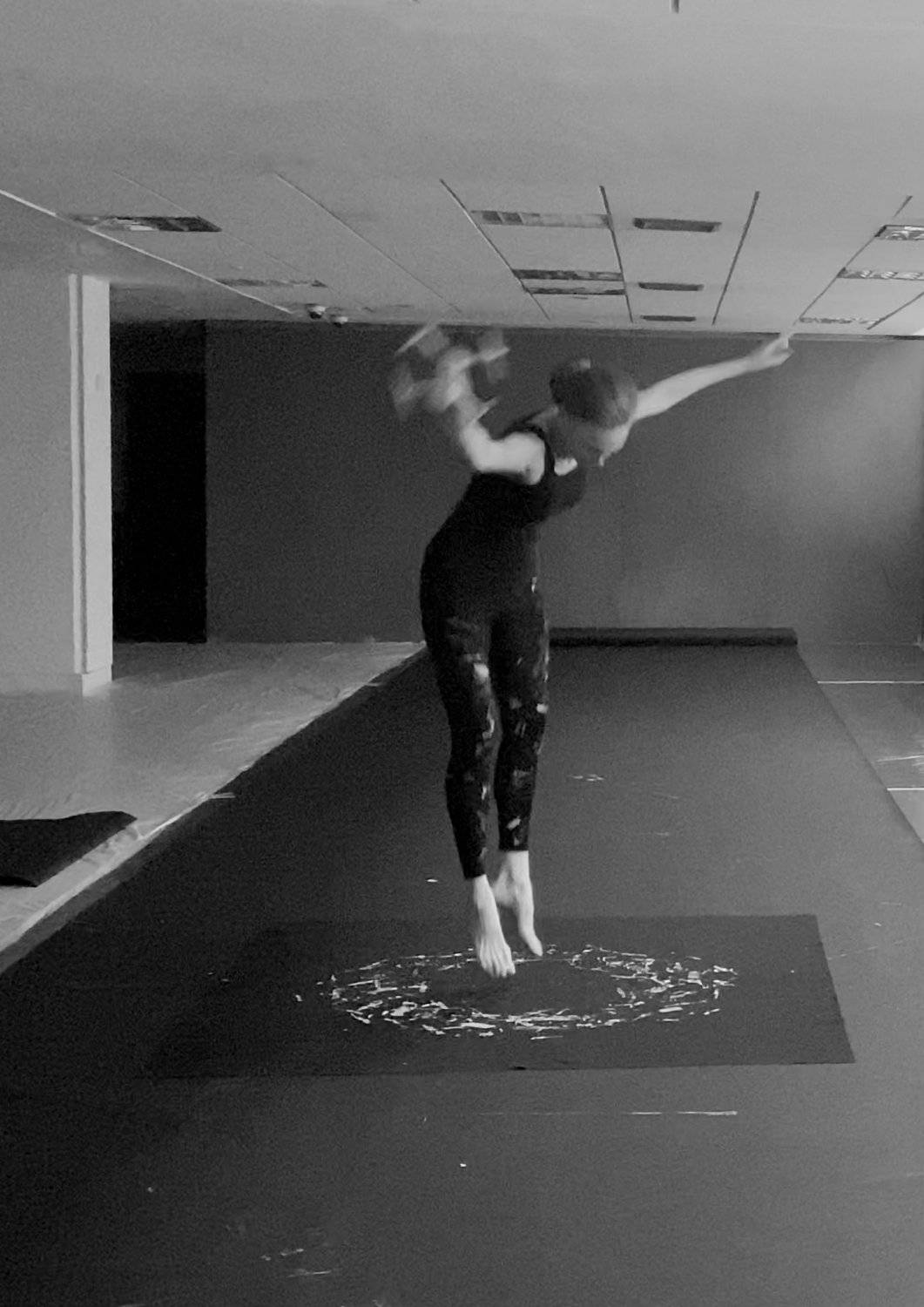 Dance is the original form of artistic expression. It has only one instrument—the body—but it creates movement, lines, forms, and rhythm. It connects us to the earth, the sky, the cosmos, Nature. By calling on the ritual of dance to generate new forms of painting and sculpture, Alice Anderson takes part in a long ancestral tradition that runs from the indigenous peoples of the Americas and Australia to the sources of modern and contemporary dance.

As she puts it, “Dancing means finding Nature within yourself.”

Her unique approach linking art and dance evokes the pioneering choreography of Mary Wigman, Loïe Fuller, and Isadora Duncan; the kinetic art of the Bauhaus; or Nicolas Schöffer, who attempted to create interactions between machine and human, robot and dancer.

— As written by Marie-Laure Bernadac, curator