Alan Johnston - Works from the 1970's to the present day 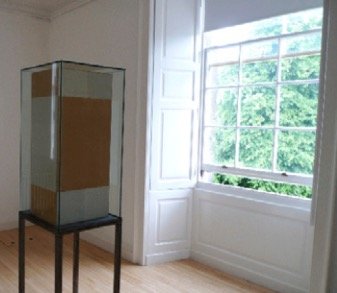 Bartha Contemporary is pleased to present a two-part retrospective exhibition of works by Alan Johnson from the 1970’s to the present day. Part one held at the Cologne Art-fair, part two at Bartha Contemporary from early May to early July.

Alan Johnston’s two complementing presentations will feature works made over the past five decades. Since his first solo exhibition at Konrad Fischer in Düsseldorf in 1973, Johnston has continuously exhibited internationally. Indeed the exhibitions at Art Cologne and at the gallery in London will feature seminal works that were first exhibited in Museum exhibitions such as the 1978 exhibition at the Museum of Modern Art Oxford to the 2015 exhibition at the Mies van der Rohe Haus in Berlin, as well as Henry Moore Institute Leeds, Fruitmarket Gallery Edinburgh, Haus Wittgenstein Vienna and Inverleith House Edinburgh and others alongside key works from exhibitions held at important commercial galleries including Nigel Greenwood Gallery London, Jack Tilton Gallery in New York, Shimada Gallery in Yamaguchi and Tokyo to name only a few.