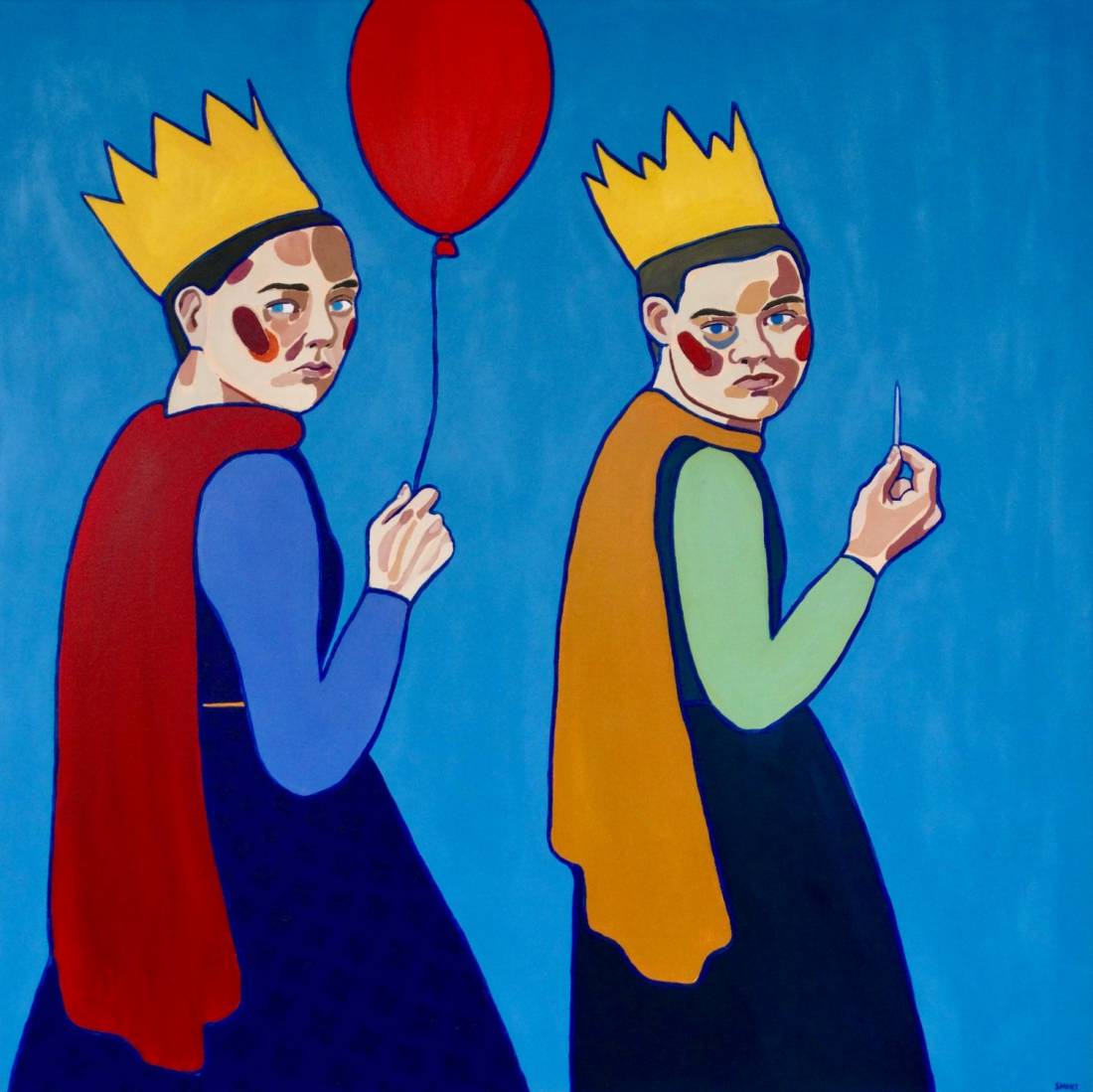 Acting out: to perform a narrative, or act badly

In moments of censure and restriction, the urge to act out becomes even more tempting. Cravings that were previously quashed below the surface have a tendency to spill out. Not in huge, chaotic ways, but in small acts of humorous transgression or almost unnoticeable violence.

In ‘Acting Out’, Sam Jane Hunt brings together a selection of paintings that celebrate these minute actions. Figures glance darkly over shoulders, pins hover dangerously close to balloons and animals are freed from their usual caging and domestication. Poised against bright block-coloured backdrops, even the smallest of Hunt’s hand gestures perform silent outbursts of aggression and mischief.

Other events from SAM JANE HUNT