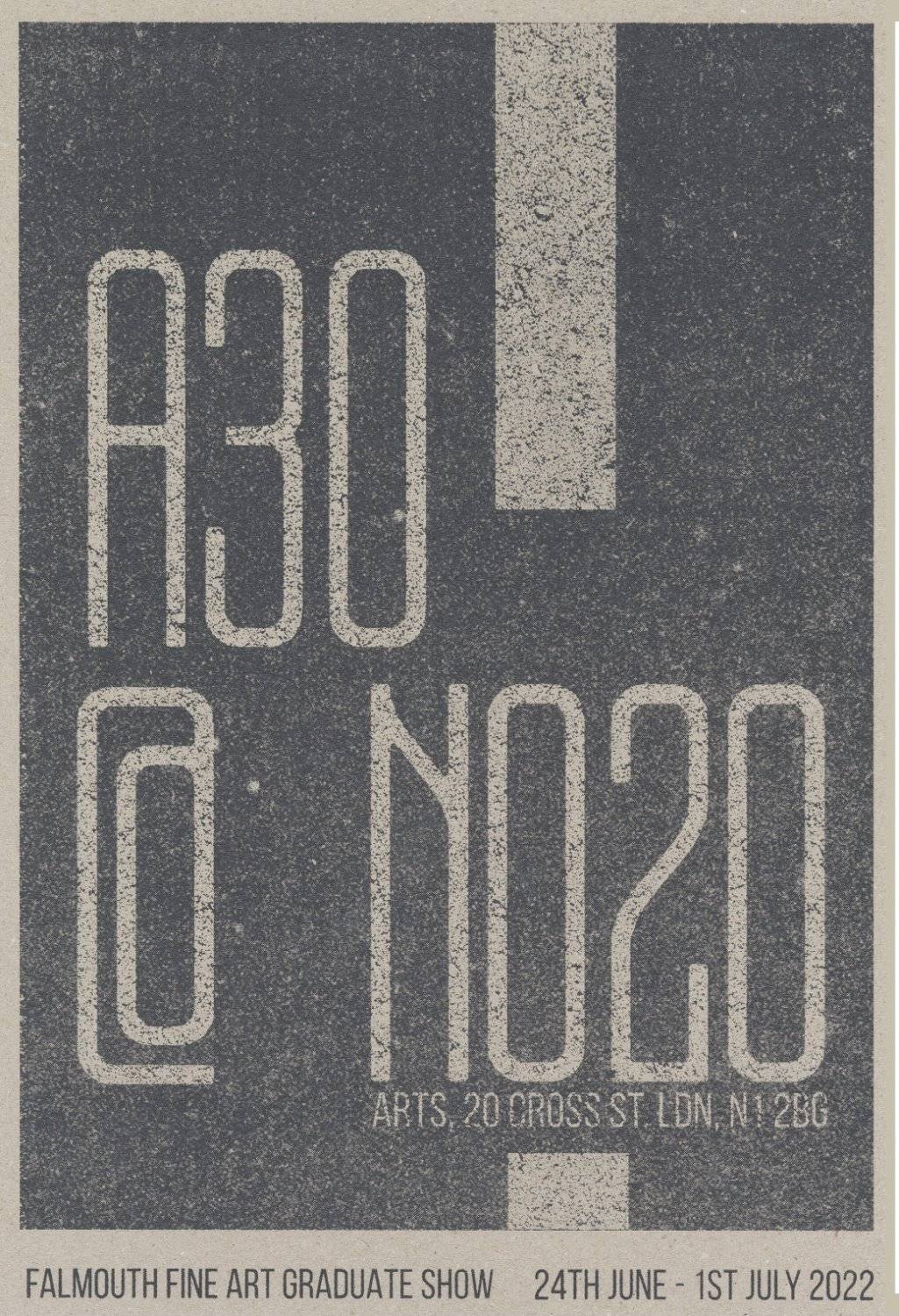 A30 is a group show by the graduating BA Fine Art class of ‘22. The exhibition aims to collate the global body of work achieved and built on throughout the three years of study.

Individual themes are disparate, expanding and contrasting but the show aims to re-write these non-homogamous narratives into a single vision. The space will therefore zoom into the unintentional overlaps of the year group; how work creeps together and where themes meet. The sticky substance that binds two different objects: the glue.

The exhibition will also dissect narratives of geographic displacement as the work travels from its original birthplace to new spaces, breathing in other contexts and meanings.

Individual themes may be divergent but the exhibition will be singular. A single choir consisting of a multitude of voices, themes and practices.

Other events from No 20