THAT’S NOT WHAT I MEANT 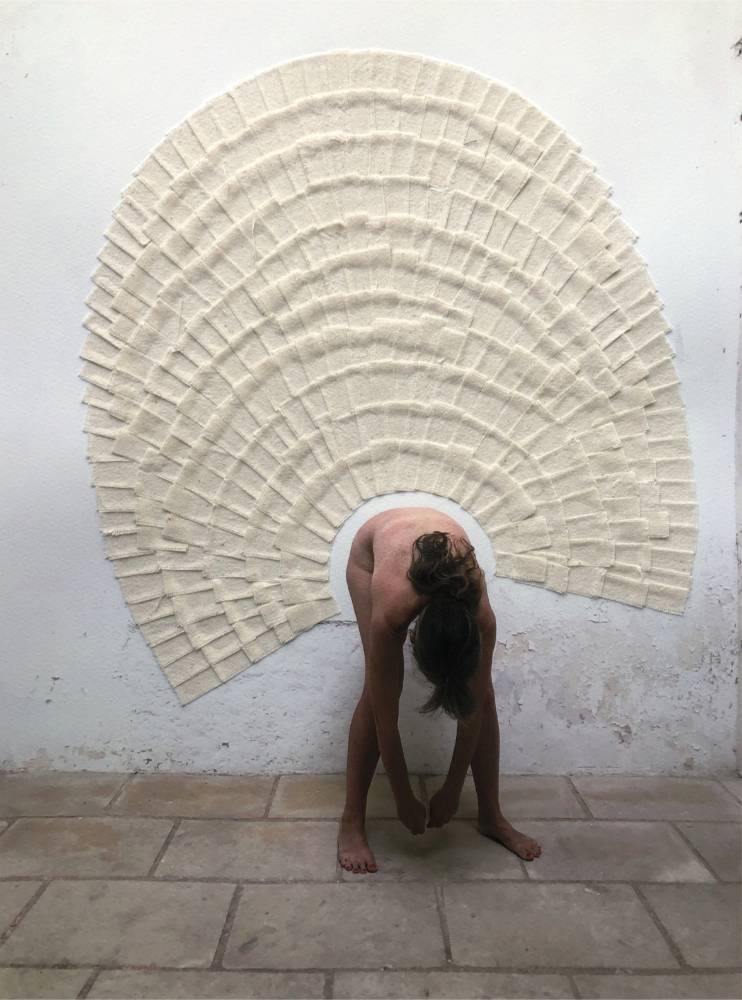 that’s not what I meant will present sculpture, photography and mixed media works exploring the experiences, memories and sensations accumulated by bodies and objects.

Works in the show express instability and vulnerability alongside absurdity and play.  The shapes and silhouettes of the body reveal joy and strength as well as anxiety and a striving for balance. In Jenny Klein’s work the surfaces of paintings and photographs are developed by stitching and collage to create ambiguous, elemental forms. These additions change the emphasis of an image by stressing a particular area or outline, focusing on movement and the effort of balance or altering a silhouette.  Erika Trotzig’s sculptural forms teeter on the brink of collapse or slumber, gathering their strength.  Materials are transient; lost and found, without memory but full of metaphorical resonances.

The exhibition will be accompanied by a free Artists Talk on Saturday 7 May, 2pm. All welcome

Jenny Klein is a multidisciplinary artist based in southeast London.  She is interested in exploring the range of emotions that can be can be communicated through textures, shapes and silhouettes.  Her work expresses the physicality and potential of both simple geometric shapes and bodies in motion.  She has been exhibited widely including shows at Tension Fine Art, Saatchi Gallery, Crypt Gallery, Tate Modern and Harrow Arts Centre and is in private collections in Britain and Italy.  Jenny has an MA in Fine Art from Central Saint Martins and spent several years working in theatre and performance

Erika Trotzig is a Swedish artist, living and working in London.  Her practic is mostly centered around the exploration of sculptural forms.  Erika is a graduate of the BA Fashion and MA Fine Art from Central Saint Martins, where she is also associate lecturer. Her current work is underpinned by an interest in what it means to be a body in the world: how bodies are oppressed through structures of power, investigating body politics and the permission to take up space.

She has participated in group and solo shows including ICA and Tate, and in 2021 she was selected for the Pada Studios residency in Lisbon.  For several years Erika had her own clothing label, making one off, handcrafted pieces which were shown internationally.

Other events from One Paved Court