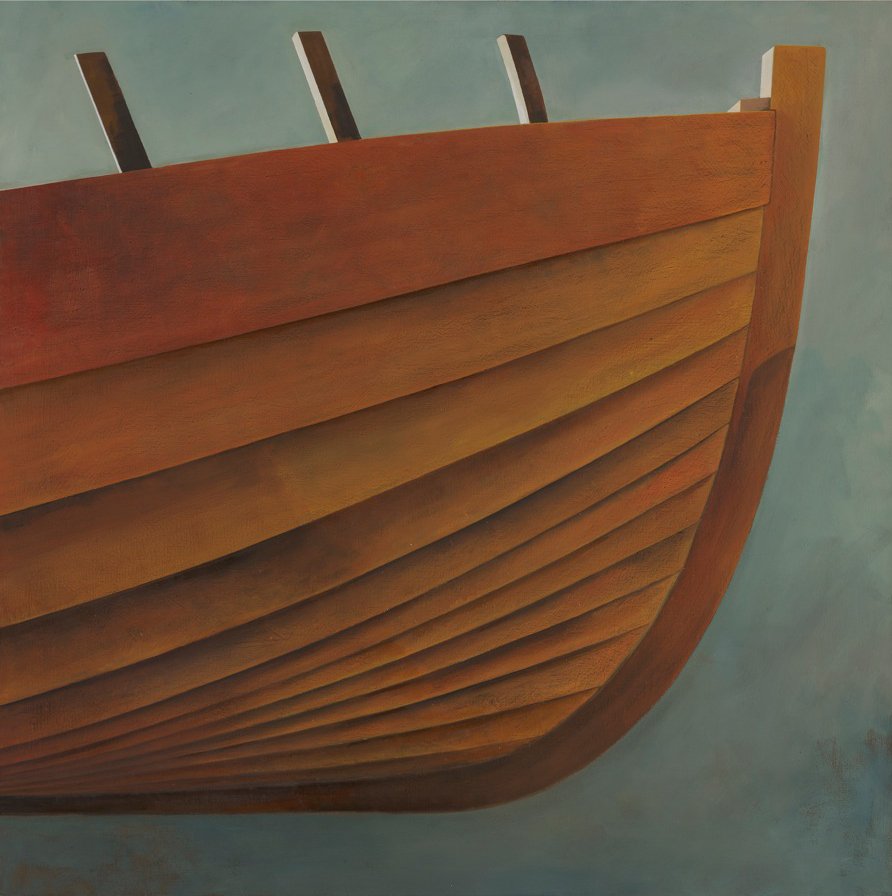 After being apprenticed as a shipwright in Maldon, Essex, he studied at Colchester School of Art, Chelsea School of Art and the Royal College of Art. Born in Brightlingsea, Essex, he now lives and works in Wivenhoe producing prints, paintings and books as the Jardine Press.

James’ work follows the coastal variations of the simple workboat whose practice centers on painting, linocut and relief carving and is inspired by boats and boat building, coastal towns, nautical myths and legends. East Anglia locations especially feature including images of Brightlingsea, Wivenhoe, Southwold, Great Yarmouth and Cromer to name a few.

James has collaborated as an artist on many books with other artists and recognized poets and his biography ‘Tidelines’ was published in 2011 (winner EDP Jarrolds East Anglian Art & Photography Book Award 2012 and runner-up New Angle Prize for Literature award 2013) written by art historian Ian Collins about his life and influences.

Jardine Press has just published a book called ‘Tracks in the Sand’ a railwayman’s war of James’ grandfathers letters and photographs from the First World War in Palestine; he was the first English station master in Jerusalem exactly 100 years ago.