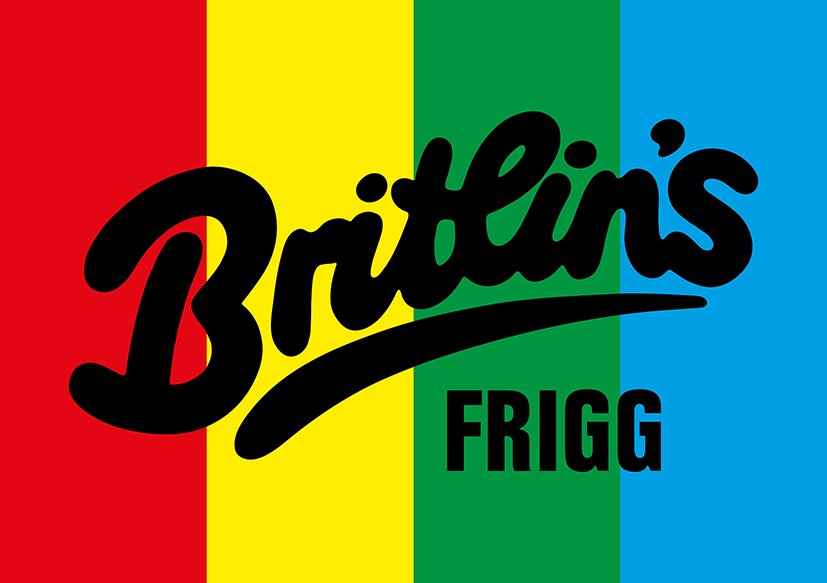 Frigg is a fictional new town created by artist and graphic designer Scott King. It is part of Britlin’s, a satirical proposal to redesign Britain as a 1970s holiday camp. A combination of the words ‘Britain’ and ‘Butlin’s’, Britlin’s plays with the power of collective nostalgia to imagine a new society. From a new Chairlift Network connecting Land’s End to John O’Groats, to the creation of self-policing New Towns fuelled by fun; Britlin’s proposes strategies to make “Your Past Our Future”.

‘A New Life in Frigg’ invites applicants to sign up to the Britlin’s vision. Potential residents can use the large site map to imagine their own day-to-day journeys around the town. In Come to Frigg (2018) – a newly commissioned work made by filmmaker Paul Kelly – a Britlin’s representative explains the advantages of relocating to this utopia. A series of questionnaires set up scenarios to test recruits suitability for joining the Britlin’s community, probing underlying concepts of nostalgia.

The design of the Frigg site is based on Butlin’s Clacton, a holiday camp located in Clacton-on-Sea in Essex. The camp was one of 10 camps founded by former showman Billy Butlin and opened in June 1938 with the vision of providing British working class families with ‘a weeks holiday for a weeks pay’. Butlin’s Clacton closed in September 1983 as a consequence of changing tastes and the development of package holidays abroad.