flyingleaps: Art on the Streets 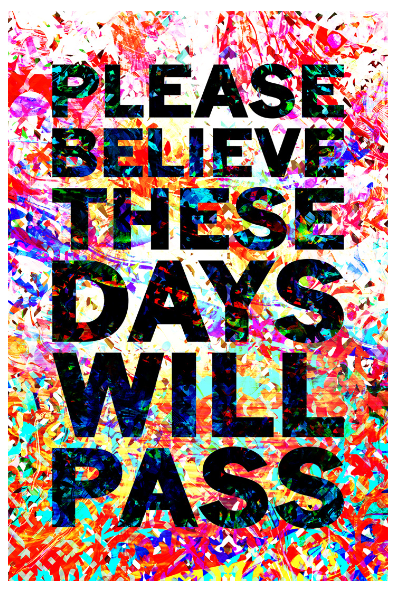 Staged in collaboration with flyingleaps, the itinerant organisation that stages artistic interventions in public places, the presentation is comprised of poster works that have been created in response to contemporary politics, events and ideas.

Initially installed on street sites, this display will be shown inside Firstsite’s building pasted billboard-style along the gallery’s corridor walls. At a time when image-led content and advertising is accessible via multiple technologies, the posters invite the viewer to consider the role that artists and visual activism can play in our everyday experience, highlighting the power of images to change, challenge and empower shared beliefs.

From Brexit and political power, to utopian visions of technology and our own impact on the environment, the posters are reflective of events and ideas affecting society today. For example, in Strong and Stable My Arse (2017) Turner Prize-winning artist Jeremy Deller adulterates the phrase repeatedly used by Prime Minister Theresa May during the 2017 General Election to highlight the hollowness of crass political sloganeering.

In Post Brexit U.K, It’s Kinda like Heaven (2017), Magda Archer uses chocolate box-like imagery to show a seemingly idyllic UK. However, the discreet ‘small print’ contradicts this image, commenting on manipulation of information during the EU Referendum campaign. Meanwhile, in I Remember the Future (2018), Dr. D questions the utopian promises of technology, presenting a bright yellow floppy disk as a historic monument, now obsolete in an age of social media, surveillance and data leaks.

Says Adrian Burnham, founder of flyingleaps: ‘What we see – and what we don’t see – surrounding us in the urban environment is, amongst other things, an index of political, economic and civic power. We are constantly bombarded with messages from advertising, coaxed and cordoned by signs and boundaries; the architecture of the city itself imposes limits on people’s access and agency. Adroit works by artists and visual activists across numerous media and almost all forms of urban intervention can expose and counter corporate malfeasance that government can’t.

‘It can address the psychological effects of contemporary living, and it can do this in various voices. It’s great there’s such a range of work appearing in the streets – some disturb and affront, while others delight and are more thoughtfully provocative. There are others that manage to make you laugh and, at the same time, question or raise a social or political issue that needs challenging.’

Says Firstsite Director, Sally Shaw: ‘Art’s power to ignite social change has long been recognised and flyingleaps plays an important role in commissioning emerging and established artists to create public artworks that challenge collective beliefs. Firstsite’s radical Colcestrian past drives us to be a centre for experimentation in cultural production, and we are delighted to bring these conversations inside the gallery walls.’

The exhibition continues Firstsite’s programme theme of ‘Conflict and Culture’ and is presented alongside Raqs Media Collective’s 14-18 NOW co-commission Not Yet At Ease, and Legacy: Two Works on Hope and Memory, a Crafts Council touring exhibition of works by ceramic artists Clare Twomey and Julian Stair.

About flyingleaps:
flyingleaps, a street display and online platform for socio-politically engaged artists, was founded by Adrian Burnham. With a career spanning from street level to academia, Burnham worked as a commercial flyposter in the 80s and 90s and spent 10 years leading courses and lecturing on art and design at Hackney Community College. flyingleaps works with established and emerging artists, commissioning poster works that are exhibited as street posters in public places, creating unexpected, thought-provoking interventions, it introduces fresh voices into the visual conversations that exist in cities and urban environments. To see the full selection of flyingleaps posters visit www.flyingleaps.co.uk

About Firstsite:
Firstsite is a public contemporary art gallery in Colchester, Essex. Over the last fifteen years it has gained a strong reputation, presenting ambitious work to new audiences in the East of England and beyond. Situated in Colchester’s ‘cultural quarter,’ the present building was designed by Uruguayan architect Rafael Viñoly, and opened in 2011. Firstsite is a partner of Plus Tate, which uses Tate's resources to contribute to a network of arts organisations across the country, and to increase public access to the national collection of British and international modern and contemporary art.