Some Of My Best Friends Are Dinosaurs 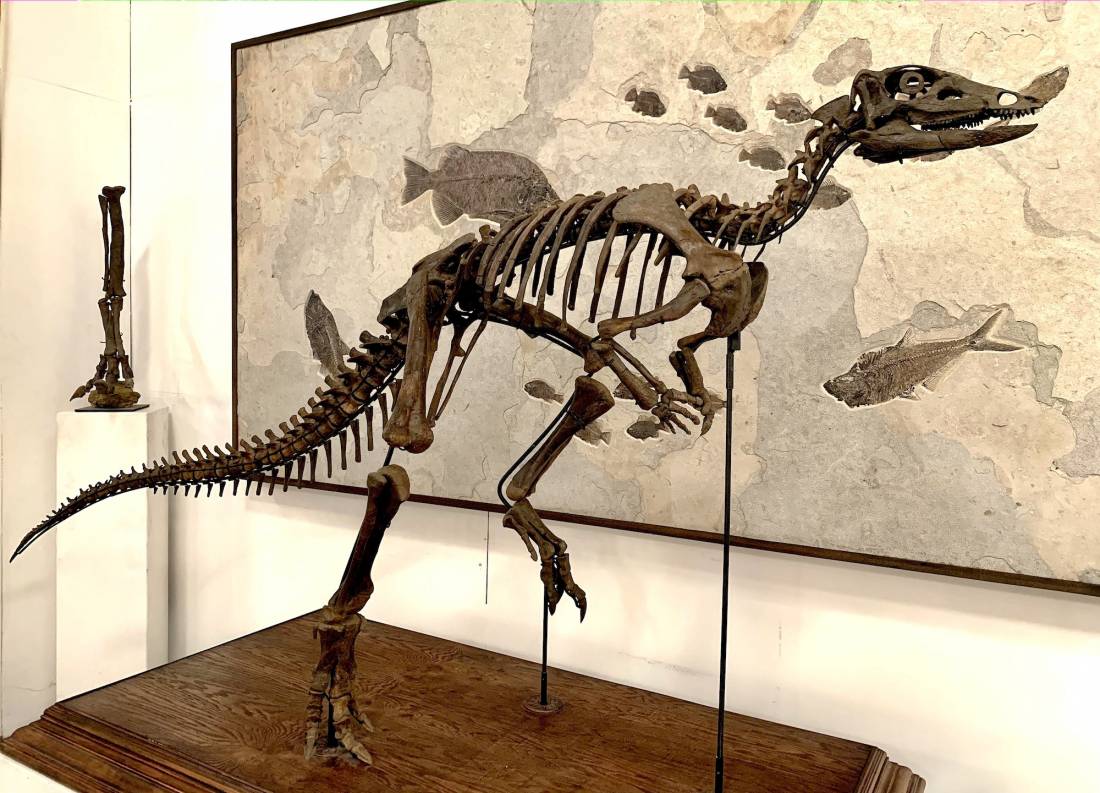 An exhibition of Natural History and Contemporary Art curated by The Connor Brothers.

You may not know it, but you can buy a dinosaur. In May 2022, Christie’s sold an entire Raptor skeleton for $12.4m. Meanwhile, in 2021 the auction house sold ‘Stan’ the T.Rex to a mysterious anonymous bidder for $31.8, the highest price ever paid at auction for a fossil. The previous record was set in 1997 with the sale of ‘Sue’, a largely complete T. Rex purchased by Chicago’s Field Museum of Natural History for $8.36 million (equivalent to nearly $13.5 million today). There has been a remarkable recent interest in collecting dinosaur skeletons, particularly among the rich and famous, with prices soaring and Dinos often disappearing from the realm of scientific research into the gilded homes of stars, never to be seen again.

In early 2020, The Connor Brothers, one of the world’s most controversial art duos, travelled to Tuscon, Arizona, for an exhibition. They happened to arrive at the time of the annual Fossil and Mineral Fair and, long time lovers of all things dinosaur, the pair bought a Thescelosaurus skeleton on a lay-away plan. Cue lockdown and two years later, the final payment made, they found that their fossil had disappeared, or, as they recount it, “someone stole our dinosaur”. The Connor Brothers spent the next six months on a mission to track down their missing 50-million-year-old skeleton. An extraordinary story evolved, featuring a stolen T-Rex, Nicolas Cage, the FBI, a trip to Mongolia, and a Mexican drug cartel. Never ones to shy away from the weird, the pair embraced the journey and followed their stolen dinosaur down it’s improbable rabbit hole. They comment, “If you’ve never been in the backroom of a New York gallery, negotiating the return of a stolen dinosaur with a movie star, and the lawyer of the world’s most infamous drug cartel leader, you’ll never quite understand how weird it was. We’ve always loved dinosaurs, but now we really fucking love dinosaurs.”

It is within this extraordinary context of ‘Dinomania’ that Cambridge contemporary art gallery, Extraordinary Objects presents its new exhibition Some Of My Best Friends Are Dinosaurs curated by internationally renowned artists The Connor Brothers alongside Gallery Director and Natural History enthusiast Carla Nizzola.

Showcasing a spectacular selection of natural history, alongside paintings from The Connor Brothers’ hugely popular Regression Series, Some Of My Best Friends Are Dinosaurs is the first exhibition of its kind, and offers visitors the opportunity to see many of the natural world’s most astonishing objects, alongside never before seen works by two of the UK’s most engaging artists. Highlights of the collection include many specimens rarely seen outside of a museum including the skull of a triceratops, meteorites, rare iridescent ammonites, an ichthyosaur, and a piece of the moon.

This exhibition is truly remarkable, it brings together the highly unusual, absolutely intriguing, and completely curious to create a space for questioning and offer an insight into the eternal mysteries of our world. Alongside a set of exceptional objects, collected with care, sits new works by acclaimed British Artist duo The Connor Brothers bringing the incredibly old and the cutting-edge contemporary into conversation. The exhibition is unlike any other, and speaks to a lengthy process of acquisitions motivated by irrevocable passion for the weird and wonderful that Gallery Director Carla Nizzola and The Connor Brothers share.

SOME OF MY BEST FRIENDS ARE DINOSAURS

Curated by The Connor Brothers

The Connor Brothers is the pseudonym for British artists James Golding and Mike Snelle. The duo came to prominence in 2012 and for several years maintained their anonymity by using a fictional biography. Their identities were revealed in 2014 in a major feature by Mick Brown in The Telegraph magazine, allowing them to undertake more ambitious projects. The Connor Brothers have been amongst the most prominent artistic voices to comment on the refugee crisis, having worked in The Jungle refugee camp in Calais building shelters and on an international billboard campaign, Refuchic, highlighting the plight of displaced people. Closely associated with the Russian activist group Pussy Riot, The Connor Brothers produced their 2015 refugee themed theatrical performance at Banksy’s Dismaland. More recently they have teamed up with Professor Green and the mental health charity CALM to raise funds and awareness about the UK’s epidemic of male depression and suicide. @connorbrothersofficial | theconnorbrothers.com

Extraordinary Objects founder Carla Nizzola has over a decade's experience in the art world. An artist herself, Carla also managed one of the UK's leading contemporary galleries for seven years, before deciding to follow her passion for curation. Extraordinary Objects was born out of Carla's life-long passion for collecting not only art, but also natural history, antiques and curiosities. Fossils, antiquities, and minerals have always been displayed alongside contemporary artworks in her home, giving an equal appreciation to every piece, and showing how works from different genres can compliment and elevate each other. Extraordinary Objects is an extension of Carla's personal collection, and the objects offered have been sourced from relationships she's built over many years as a collector. @cnizza

From contemporary art and sculpture, to natural history and antiquities, the Extraordinary Objects collection contains a carefully curated selection of unique pieces, from the contemporary to the pre-historic. Each object is chosen for its extraordinary nature and the sense of wonder it evokes. Launching online in 2018, E.O opened a gallery space in the heart of Cambridge in 2020. There is no specific genre that defines their collection. Extraordinary Objects celebrates curiosity and adventure. They believe that an individual's collection is a physical expression of their personality, and that the objects within that collection reveal a unique story about that person.