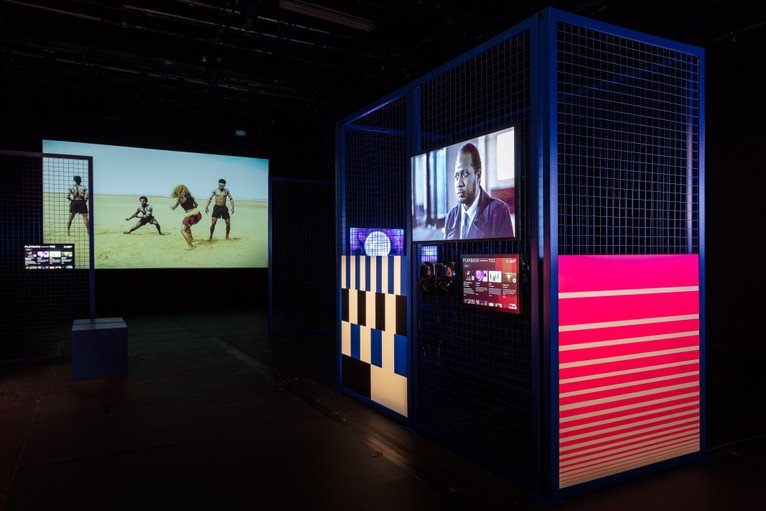 Watch over 200 bold and creative short films made by young artist filmmakers, brought together in one exhibition: Playback.

The award-winning short films that feature in this interactive exhibition have been created by 16-24 year-olds from all over England, including many young filmmakers from Bristol.

Presenting films that cover a wide variety of subjects and art forms, Playback reflects the concerns and vision of a diverse pool of young people working with film today. From narrative films about drag queens, super-heroes, job centres and zombies to animated stories that feature talking goldfish and radioactive snails.

The exhibition is made up of individual touchscreens, giving you the opportunity to choose the films you wish to see, from drama and comedy, to dance and spoken word.

“The Hollywood of tomorrow”  - Dino Bonacic, because
“One of those projects that we personally think there should be a lot more of” - Finn Blythe, 10 magazine
“Any budding directors, actors or screenwriters should be in attendance”  - babyface, i-D

Playback travels across the length and breadth of the country in some of England’s major galleries, cinemas and arts venues until March 2018. Other locations include London, Manchester, Newcastle, and York with more to be announced.

Join the conversation on social media with the hashtag #Playback

Until 20 October 2017, 16-24 year-olds that are currently living or studying in the South West can still apply to be part of the project and have a chance to become one of 72 successful young people whose ideas will go into production over the next three years.

All successful applicants will be partnered with an industry mentor who will guide them through the filmmaking process and provide the equipment, training and crew that they need to create a broadcast-quality short film.

More information on how to apply can be found here

Playback is supported by

The films featured in Playback were made possible by ICA, Calling the Shots, Rural Media, Screen South and Tyneside Cinema.

Playback is funded by Arts Council England and is a joint initiative with Channel 4 Random Acts.

Many of the short films are broadcast by Channel 4 on television or online as part of Random Acts’ First Acts series.