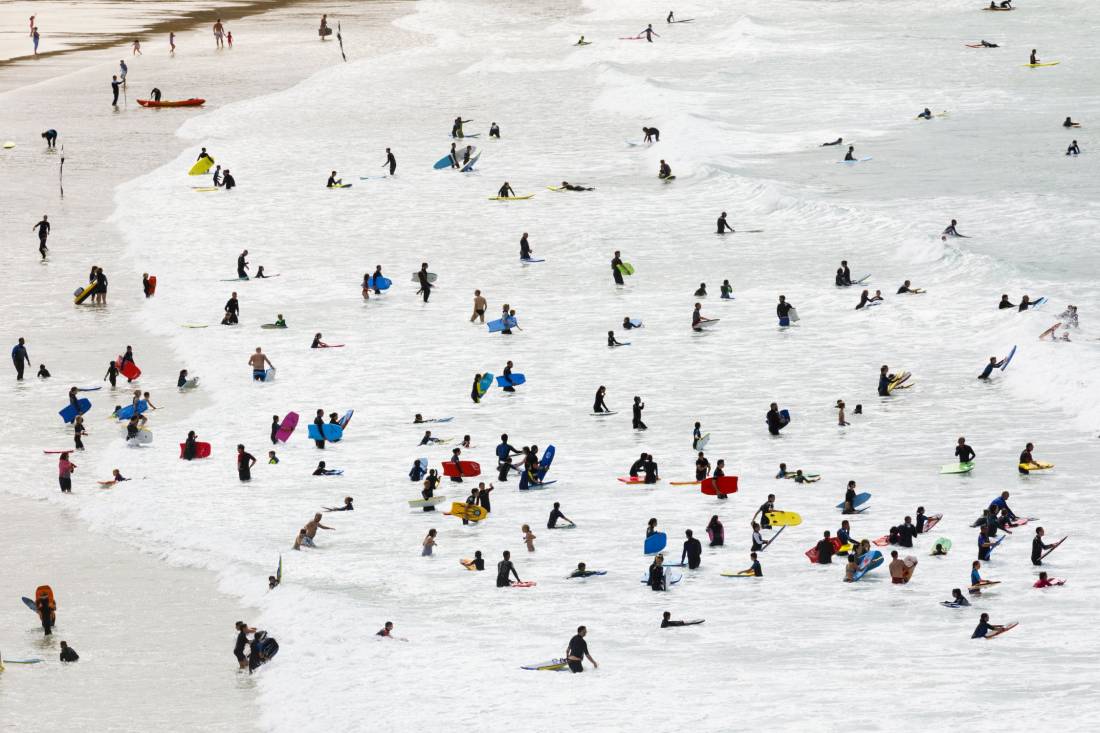 GIANT announces the upcoming exhibition by legendary British photographer and photojournalist Martin Parr CBE. Famous for his intimate, satirical and anthropological insights into routine modern life, Parr is perhaps best known for his documentation of the English social classes, and in “Life’s a Beach” we centre on the most enduring backdrop for his work – the English seaside. Finding its perfect home in Bournemouth, England’s archetypal beach resort town, this extensive survey spans five decades of everyday coastal life through the extraordinary lens of one of the best-known documentary photographers of our time. “Martin Parr: Life’s a Beach” runs at GIANT Gallery from 2 April to 26 June 2022.

“Martin Parr: Life’s a Beach” features locations from across the country, from New Brighton, a run-down seaside resort near Liverpool, to Margate, Ramsgate and Broadstairs, proving how the seaside was such fertile ground for his work. From early days in the 1970’s working in black and white, through to medium format, wide angle, macro and ring-flash, right through to digital and the telephoto era of the 21st Century, Martin Parr has always photographed on beaches, using them as laboratories in which to experiment with new cameras and techniques. lens, a medium format wide angled camera and finally this latest offering with the telephoto.

“I have a long-established affection for the beach as a place to photograph; people can really be themselves as they sunbathe, play, swim and relax. For me, the beach is also a human laboratory where I can experiment with new ideas and approaches, using the location to explore what is possible with the camera.” Martin Parr

Martin Parr is one of the best-known documentary photographers of his generation. The author of more than 90 books and the editor of 30 others, he has firmly established his photographic legacy. He has also curated two photography festivals: Arles in 2004 and the Brighton Biennial in 2010. More recently he curated the Barbican exhibition, Strange and Familiar. In 1994 he became a full member of Magnum Photographic Cooperative. Between 2013 - 2017 Martin was president of Magnum Photos. In Autumn 2017 the Martin Parr Foundation opened in Bristol. In 2013 he was appointed visiting professor of photography at the University of Ulster. Parr’s work has been collected by many of the major museums, including the Tate, the Pompidou, and the Museum of Modern Art in New York.

GIANT, a 15,000 square foot gallery in Bournemouth, opened in Summer 2021. The largest artist-led space in the UK, it is situated within a historic building in the heart of the town centre and has already featured important works by major international artists including Turner Prize Winner Jeremy Deller, artist-activist Kacey Wong, installation artist Jim Lambie and YBAs Jake and Dinos Chapman and Gavin Turk. GIANT’s exhibitions to date have remained true to its promise to be accessible, entertaining, exciting, challenging and open; bringing many of the world’s greatest contemporary artists to Bournemouth for the first time they have garnered visitor figures that rival some of London’s most loved institutions.

Directed by British contemporary artist Stuart Semple, GIANT is programmed to feature works by some of the best-known international artists and new pieces by inspiring yet largely unknown creators from around the globe, aiming to start dialogues across hierarchies, histories and cultures. It is hoped that a conversation around the opportunity to integrate art into life in new ways might emerge. Or, at the very least, a recognition of art’s vital role in our connection with one another, our communities and our future.