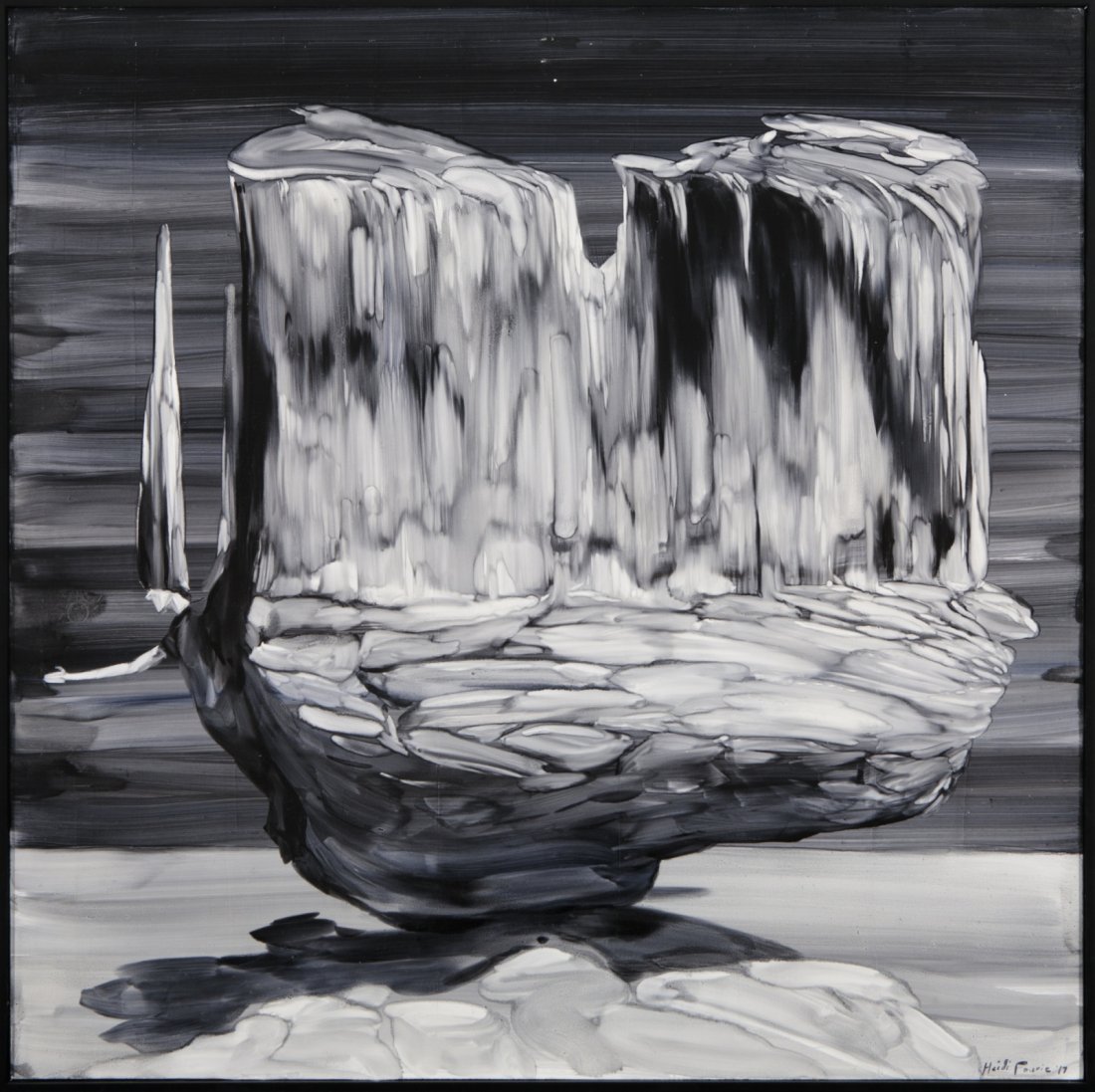 For the first time in South Africa an exhibition dedicated to exploring a ‘romantic’ turn in contemporary art will be staged at Barnard from 30 January 2018. It is curated by well known art commentator Mary Corrigall, who has been closely observing this movement, which has largely been confined to a generation of young Cape Town based-painters, all contemporaries. Their works will be presented along with established mid-career artists from Joburg that have been preoccupied with the area where nature, science and the sublime converge under the banner of romanticism. In harnessing and coming to grips with the aesthetic and ideological drivers behind this painterly mode, Corrigall has chosen to dub it ‘new romanticism’ as it shares characteristics with a titular movement in the late 18thcentury.

Painters of that era were similarly standing at the threshold of radical shifts as industralisation and enlightenment were shaping the world. Conversely, a contemporary generation of artists, evincing this ‘romantic’ style are capturing, embracing, uncertainty wrought by threats to the environment and the rise of virtual reality in the post-industrialisation and information era. The post-conceptualist turn in contemporary art has not only seen a renewal in painting but an interest in representing subject-matter that escapes reason or logic. This has allowed artists to embrace their medium, lose themselves in the process of making art, without having to ‘explain’ it and to work more intuitively than before.

The artists selected for this exhibition have plunged head-long into the natural world, concentrating on its grandeur, beauty with an inflection of awe via the ‘mystical’ manner in which they render it.

A contemporary exploration of the sublime, an unknowable entity evading description, underpins the curatorial thread uniting this exhibition.  It is given full expression in Alexia Vogel and Heidi Fourie’s expressive treatment of natural settings which hover at the threshold of figuration and abstraction. Nature provides these artists an apolitical space in which to intuitively follow their painterly impulses. For Sarah Biggs this leads towards an evasive psychic territory, which she represents via figures overshadowed, consumed by abstract organic forms enveloping them.

Ronél de Jager delves into the human body and the depths of the ocean in search of beauty and an understanding of universal conditions written into natural forms.

Rosie Mudge’s so-called glitter paintings evoke a giddy ascent into the sublime via an ‘80s retro vibe, recalling the era of ‘new romantic’ pop. As such nostalgia and gendered aesthetics from that time are collapsed into 19th century ideals from a contemporary point of view.

Extending his interest in cosmology, observatories and mapping the inescapable, Marcus Neustetter charts the ‘spaces between the stars’ via naïve painted lines on found 1950’s celestial maps. Robyn Penn too has her gaze fixed on the sky in her seemingly traditional rendering of a cloud, which embodies an untamable and unknowable aspect of mother nature. Her concern with the impact of global warming redirect our fixation with nature towards conditions that belie its beauty. As such she also presents works deconstructing her image-making, thereby challenging art’s function as ‘the sublime’ or a conduit to it.

Other events from Barnard Gallery