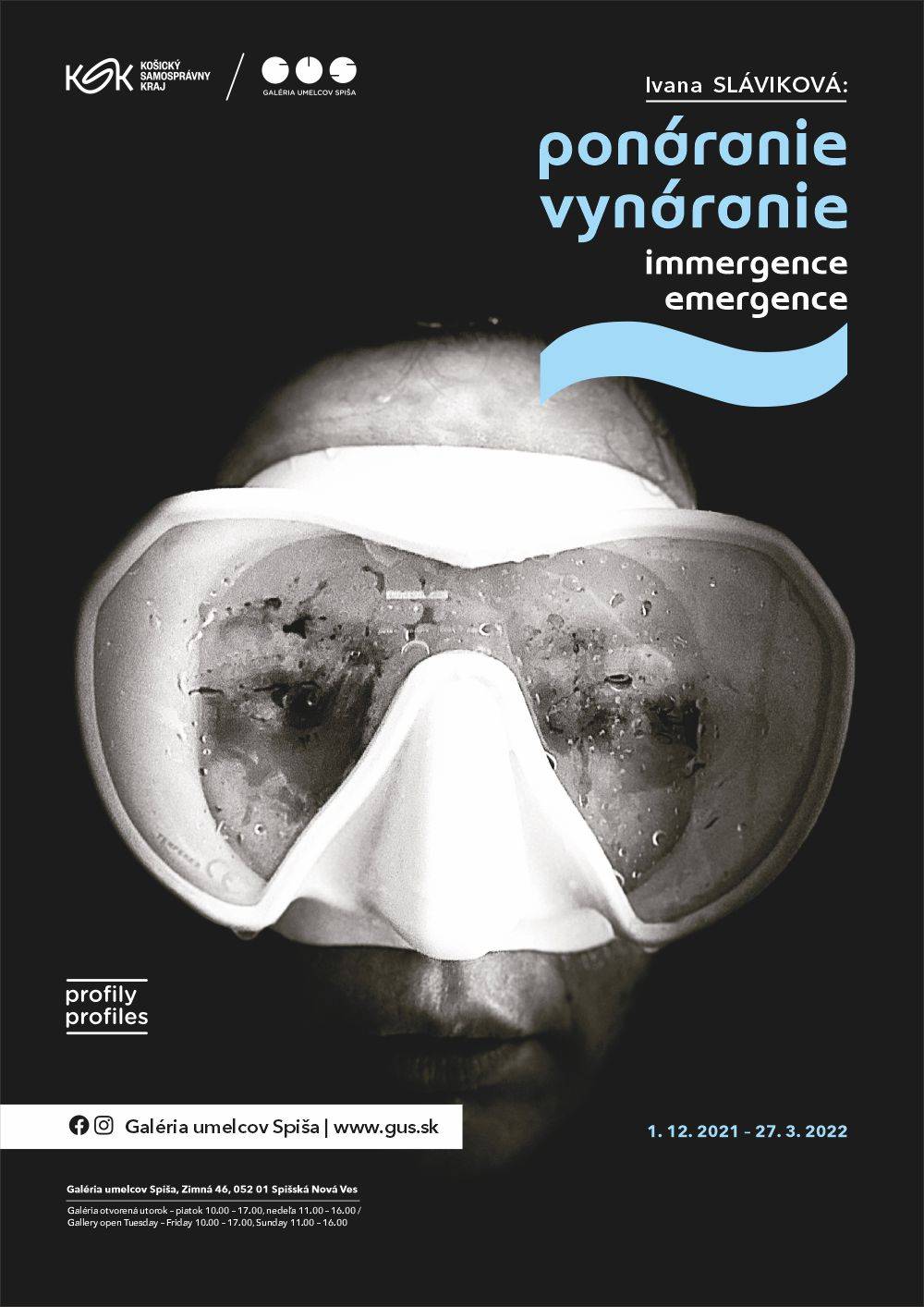 Ivana Sláviková’s exhibition, part of the “Profiles” exhibition cycle, is a poetically immersive experience which connects past and present, examining different levels of personal experience. The artist is a professional-level diver, and her experiences in the cold waters of Central Europe where she tests the limits of her own body have allowed her to uncover new artistic approaches.

In her work the artist measures and records space and time, perceiving art as a process of discovery and interaction with the environment in which she is immersed. Her investigations of value structures in the context of space and time underline her interest in the phases of birth and the formation of the semantic composition of an artwork, while her artistic and environmental activities reflect an active participation on the wider context of life. The focus of the presented works are specific socio-cultural events orientated towards specific environments, including those which lie beneath the water surface. Water is one of the basic elements of the Universe, suggestive of time in its flowing nature. By immersing herself in an environment which is hidden from everyday view, the artist immerses herself into time itself. The space is perceived over the entire surface of the body; it penetrates into the bloodstream, into the flow of thought. The rhythm of movement undergoes radical changes; the laws of physics become an obstacle, yet simultaneously expand the possibilities of perception. The focal point of the analysis shifts from the seen objects to the process of seeing itself.

The specific environment to which Ivana Sláviková returns constantly in her work is that of dams and reservoirs. Large-scale civil engineering projects in the past violently disrupted the flow of life in villages which were depopulated and subsequently flooded. Houses became habitats for aquatic life; village squares and streets were immerged into silence. Fragments of architecture which are merging over time with the underwater flora and fauna serve as mementos of the recollections of countless generations which the artist brings back to life through her physical presence.

Ivana Sláviková (*1981) successfully completed her doctoral studies at the Studio of Sculpture and Applied Arts at the Faculty of Fine Arts in the Academy of Arts in Banská Bystrica in 2011. During her studies, she also participated in an internship at the Academy of Fine Arts in Prague. She became an assistant professor in 2011 and since 2013 has led the Department of Sculpture and Spatial Works at the Academy of Arts in Banská Bystrica. She has been awarded the Martin Benka Prize and the Slovak Union of Visual Arts Prize, and her works have been presented in solo and group exhibitions both in Slovakia and abroad.