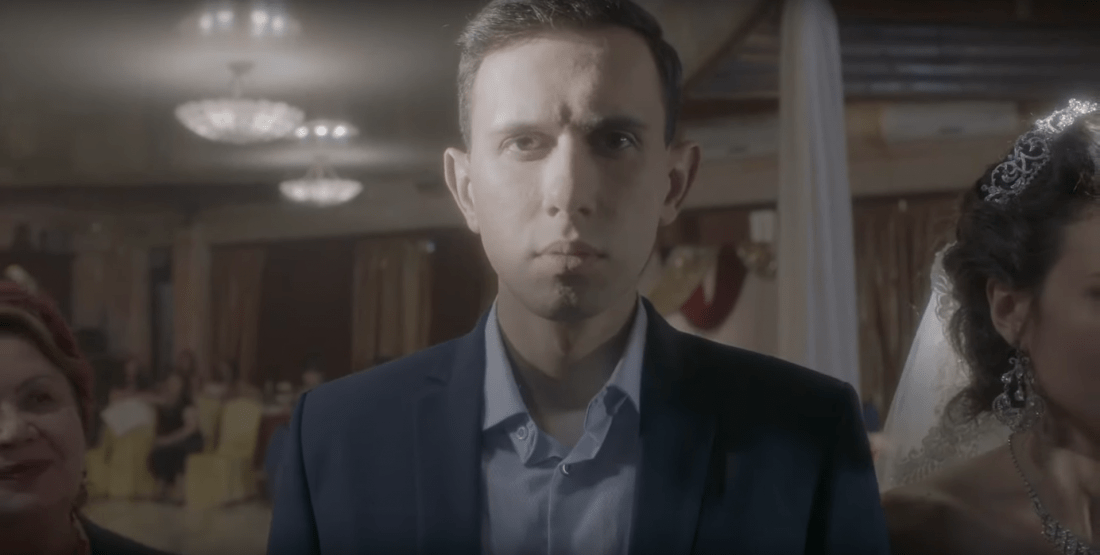 As part in our filmprogram Ukraine mon Amour, we present Short Films on Ukrainian Queer Culture five short films about the Ukrainian queer culture by Vitalii Havura, Nadia Parfan, Maria Stoianova, Yuri Katynskiy and Zhanna Ozirna.
Zhanna Ozirna will visit from Paris to join the conversation after the screenings.

Yanush grew up in a conservative Romani community in a small Ukrainian town. He is about to get married, just what his parents want. However, Yanush is gay and in love with another young man, Pasha. Together they decide to sneak away from the wedding and leave the town, but can Yanush really do it?

A young Orthodox priest, fed up with too much intolerance and hypocrisy at the Kyiv Pechery Lavra, decides to leave his service there. He finds for himself a new flock: gays, lesbians, bisexual and transgender people as well as those living with HIV/AIDS. However, the official Orthodox Church denies them the right to be Christians and homophobic society compels them to hide their sexual orientation. What has to happen to make the Church embower LGBT believers?

The guy comes back to the small city, where he meets his old friends. They have a good time together. In the end of the day they decided to continue their “meeting”. They get into a car with a stranger, whose motives are unknown. Such a spontaneous action turns out to be a chance to become closer to each other and find yourself.

Kittens, Zhanna Ozirna, 2016 (German/English subtitles) 8 Min.
Two girls in a Lviv apartment start a casual conversation about their common future. In the midst of the traditional Ukrainian life remnants the usual dreams about future stumble upon the unbreakable social norms and customs. The things that are private for most people the others have to fight for against the society. Surrounded by regular scenery while dealing with the usual household tasks, the sincere conversation turns into a global question: can we afford the freedom
at least in our private lives without having to substitute it with pets?