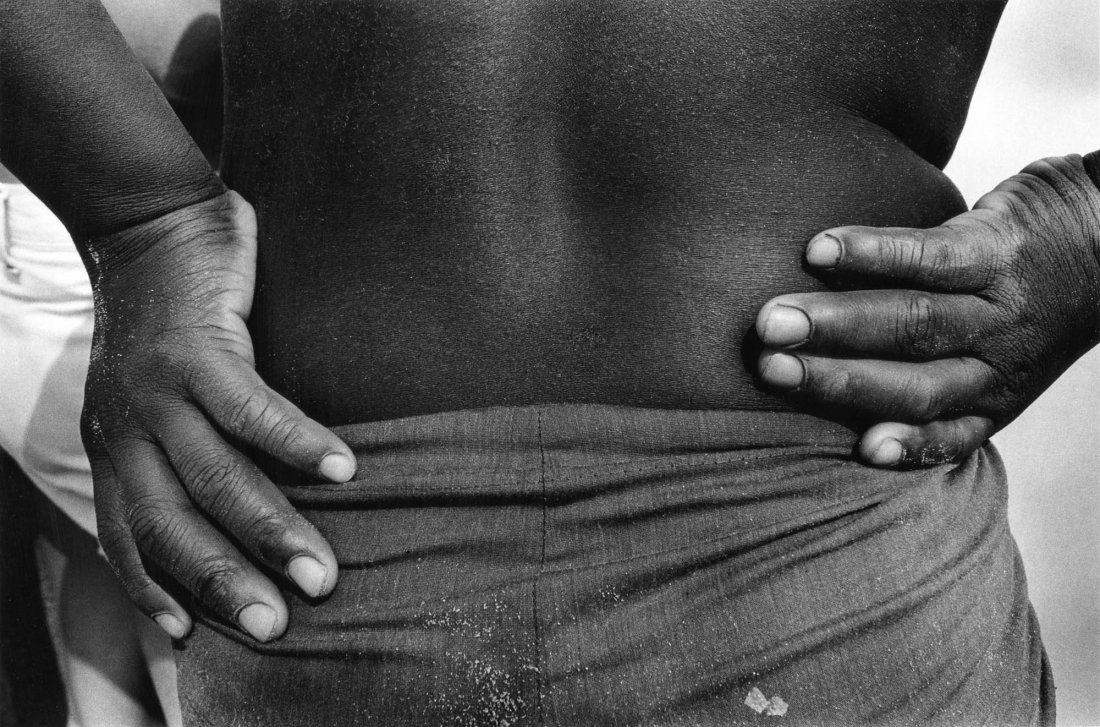 HAROLD FEINSTEIN, A STATE OF GRACE!

After a first exhibition in 2017 revealing the contagious optimism of the American photographer as he was depicting post-war youth and recklessness, Galerie Thierry Bigaignon now presents the second part of the retrospective dedicated to Harold Feinstein, with photographs spanning from 1966 to 1988.

The renaissance of this photography prodigy, the youngest member of the Photo League, whose precocity was confirmed when he entered the permanent collection of the Museum of Modern Art in New York (MOMA) at the age of 19, takes a second step.

After having covered the 40s and 50s during the first part of this retrospective, the Galerie Thierry Bigaignon, this time, has selected 21 photographs covering the period from the 60s to the 80s, illustrating once again the tremendous talent of the American artist, who passed away in 2015.

Though his muse has always been Coney Island, where he was born in 1931, Harold Feinstein turned his lens, as of the 60s, to the streets, offices and restaurants of Manhattan, establishing himself as ‘one of the most accomplished recorders of the exhilarating American experience’ as the New York Times called him back in 2015. But even more striking in this new selection by the Parisian gallery is the omnipresence of bodies and the remarkable way Feinstein captures the movement, seeing the streets before him as a ballet of grace and beauty.

His black and white photography freezes the New Yorkers’ everyday life like no other, highlighting the humanity of these immortalized characters. Harold Feinstein himself used to describe his images as “a small sampling of [his] photographic journey bearing witness of the beauty and mystery of this human life.”

Diving into the glittering Times Square, the swirling streets of Harlem, exploring smoke-filled coffee shops, subways trains and shop windows from every angle, Harold Feinstein brings to light all the poetry and grace of an ever-changing city through engaging and magnetic images. French curator and former director of the

Niece Museum, François Cheval, who is preparing a full retrospective of Harold Feinstein with his partner Audrey Hoareau says: « Harold Feinstein acts as if reality had to conform to the way he sees the world. Magnifying, with method, the latent beauty of everyday life, seems like a duty he imposed on himself. With this great ambition he took photography to another level, attaching a certain morality to it. ».

To celebrate the opening of this exhibition, the gallery is putting up for sale on its platform COLLECTORS CONFIDENTIAL a rare photograph of Harold Feinstein. Check it out on Tuesday 22 May 2018 on www.collectorsconfidential.com.

Harold Feinstein (1931-2015) began his career in photography in 1946 at the age of 15 and within four short years, Edward Steichen, an early supporter, had purchased his work for the permanent collection of the Museum of Modern Art (MoMA). He joined the Photo League at 17 and became a prominent figure in the vanguard of the early New York City street photography scene. He was one of the original inhabitants of the legendary « Jazz Loft » which he later turned over to his long-time collaborator and colleague W. Eugene Smith. Feinstein had his first exhibition at the Whitney Museum of American Art in 1954 and his first exhibition at the Museum of Modern Art in 1957. While his Coney Island work has been much celebrated, Feinstein’s breadth and exposure are far greater. He has a large collection of classic street photography, nudes, portraits and still life. His first black and white monograph, « Harold Feinstein, A Retrospective », was published in 2012 by Nazraeli Press and won a Photo District News 2013 award in the Best Photo Books category. Feinstein’s photographs have been exhibited in and are represented in the permanent collections of major museums around the globe including the Museum of Modern Art, International Center of Photography, George Eastman House, Museum of Photographic Arts, Center for Creative Photography, Musée d’Art Moderne, the Jewish Museum, and the Museum of the City of New York. His portfolios, photo essays, and articles have been published in major periodicals including, LIFE, Aperture, Black and White, Camera Arts, The New York Times Magazine, American Photo, Oprah Magazine, Evergreen Review, Photography Annual, Modern Photography and Popular Photography. In 2011 at the age of 80, he was given « The Living Legend Award » by the Griffin Museum of Photography.