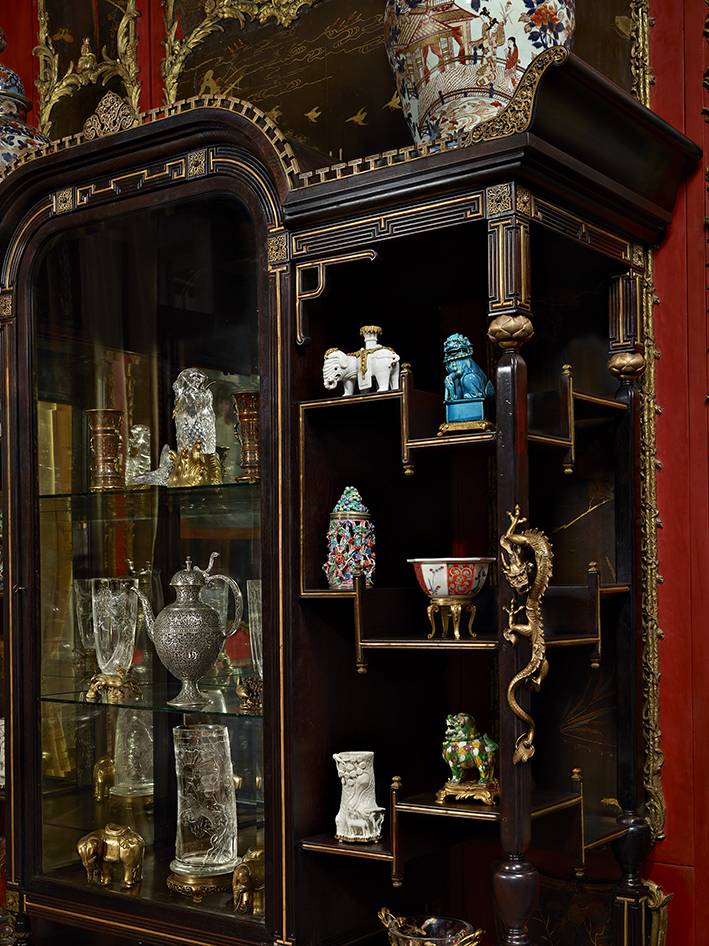 On the occasion of Fine Arts Paris 2022, which will be held at the Carrousel du Louvre from 9 to 13 November, the Steinitz Gallery will present fine furniture and art objects that are exceptional in terms of both aesthetic quality and provenance. / STAND 46

Two areas will comprise the abovementioned stand. The first will focus on Chinese art from the 18th century. From the 17th through the 19th century in Europe, chinoiserie was highly valued and reflected in a variety of artistic, craft, and cultural practices, illustrating the taste of high society for motifs and styles from distant lands.

In the exhibition, visitors will be able to see an amazing huge Chinese flat desk attributed to the sons of André-Charles Boulle around 1750, which is part of the Rothschild-Rosebery collections at Mentmore Castle (Buckinghamshire). A large cabinet decorated with precious mother-of-pearl and tortoiseshell will also be on display. It is a rare and rich testament to the splendour of Spanish colonial art, combining Asian, Islamic, and Latin American artistic traditions, with a strong typological influence on Hispano-Mudejar Baroque models.

Considered magnificent works of art, this furniture was intended to adorn the reception rooms of the grand houses of Lima’s and Mexico City’s aristocratic and religious high society. The second exhibition will evoke the same concept, but in the 19th century, with three extraordinary pieces of furniture and ‘Japanese’ objects created by Édouard Lièvre in 1875. (1828-1886).

In addition, the famous painting by Carolus-Duran of Countess Alice Tahl, née Countess, who became Count Nissim de Camondo’s mistress, is preserved in the Petit Palais collections. In the same room are two large gilded and silver-plated bronze busts of Japanese women made by Christofle in 1875 on models by the French sculptor Emile Guillemin (1841-1907), who also signed them. These busts, which were part of Monsieur Paul Christofle’s (1838-1907) personal collection, were displayed by his company in 1878 at the Universal Exhibition in Paris.

The Steinitz Gallery, founded in 1968 by Bernard Steinitz, has achieved worldwide renown and become one of the most prestigious galleries. The gallery has established privileged ties with museums and cultural organizations such as the Louvre Museum, the Metropolitan Museum of Art in New York, the J.-P. Getty Museum in Los Angeles, and the Jerusalem Museum due to the quality and rarity of the treasures discovered and displayed. Benjamin Steinitz, who joined the family firm in 1991, now oversees the fortunes of the Steinitz Gallery and is acclaimed for presenting shows that are all regarded as being of the highest quality. The 17th-, 18th-, and 19th-century furniture and artworks are rare and of excellent quality, and are always exhibited tastefully against a backdrop of parquet, woodwork, and textiles. The Steinitz Gallery is part of a long family heritage, attracting an exceedingly sophisticated clientele by combining expertise and knowledge.

Other events from Fine Art Paris