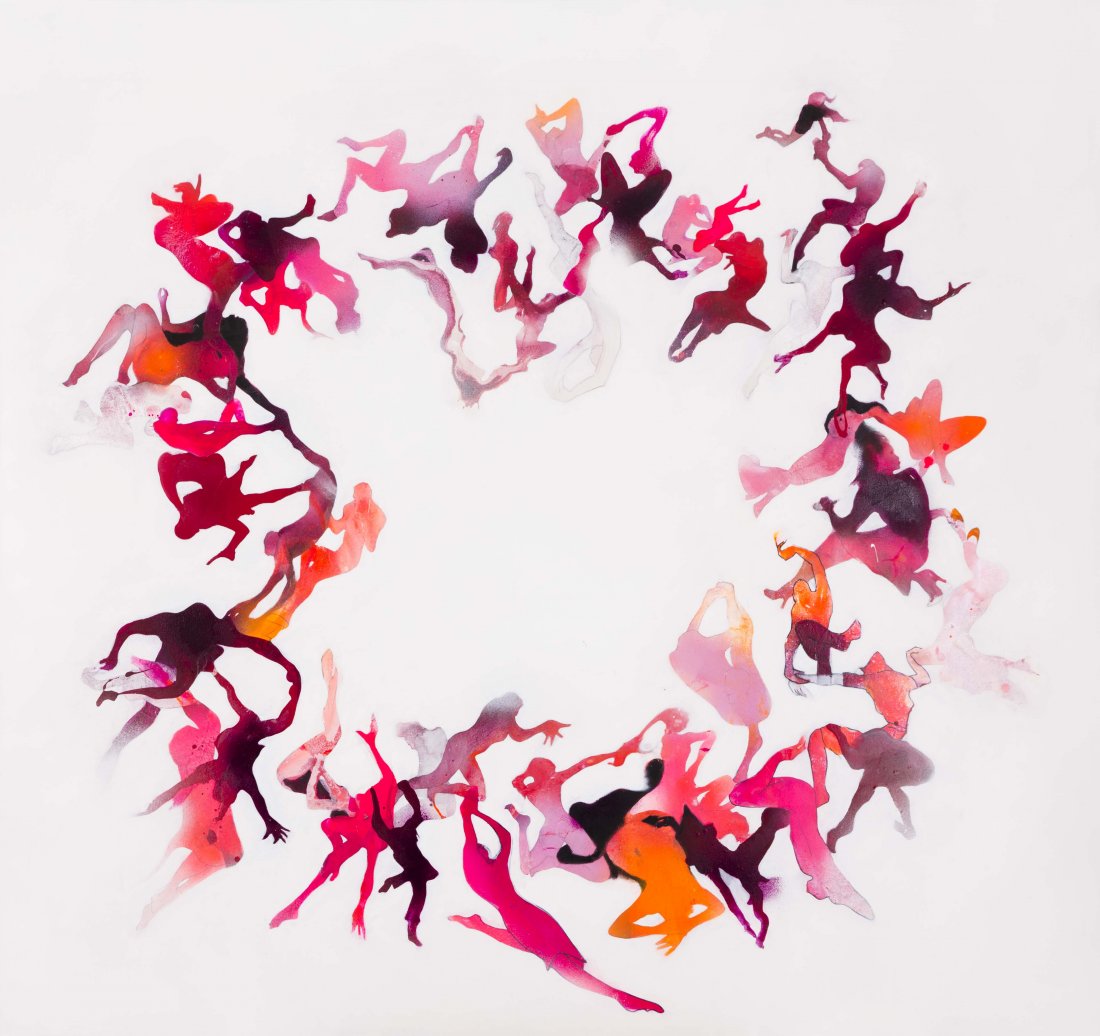 We are pleased to announce British artist Jonathan Huxley's third solo exhibition at the gallery.
With A Manual For Strange Children, the artist shows the results of his most recent formal researches. This new body of work comprises mixed media works on rice paper, canvas and metal panel. It explores both the relationship between presence and absence simultaneously and its connection with a strong narrative and metaphorical level.

"Huxley paints people. Wandering through his latest show is like taking a slow walk down Deptford High Street or sitting outside Costa, watching the crowd swirling by. Every person passing has a unique story and are all in the middle of their own dramas. The game is working out just what it is.

Because as with those lives, Huxley has created art here that is alive with movement and endless possibility. Each deceptively simple-looking, monochrome image, elegant and spare, is brimming with the potential for comedy or tragedy, love or violence, good or evil.

Two figures locked together: are they dancing, fighting or fucking? You decide.

A shadow approaches a woman: is it going to ask her the way to the library or kill her?

Three dark figures support a fourth who could be drunk or dead. Are we observing an act of kindness or witnessing the disposal of a body?

Huxley’s work leads us then leaves us. He presents interactions, snapshots from the human parade that surround us all and then, just at the moment we instinctively know something will happen, he steps back, leaving us to decide how each moment will resolve.

However, by presenting this work in charcoal on paper, he intuitively imbues it with a dark, brooding air. These are lives lived in the smudged shadows, glimpsed in the gloaming: captured, immediate and slightly out-of-focus.

But then, in an abrupt and brilliantly dramatic move, we are suddenly presented with a huge red canvas. Garish after the quiet, grey intimacy that preceded it. Out of nowhere, Huxley has crashed the gears and we now facing something totally different .

We have been helicoptered out and are now high, high above, looking down on the lives we have just been puzzling over in such close and ambiguous detail. They are all there but are now simply constituent parts of a mass.

But, again, there is the ambiguity and invitation to decide. This crowd is alive and moving but is it a fiesta we are watching? Or panic and combat? It could be either. Again, Huxley says, your call.

And having changed the mood, he keeps us back, behind the ropes and away from the people he’s presenting. Naturally he keeps playing with us – are they boys in the trees or apes? – but now the shapes, dark and on white backgrounds, are more reminiscent of L.S. Lowry’s matchstick crowds. Huxley is pulling back to reveal: reminding us all that the lives and dramas we ponder and wonder over are all just part of the human parade."

Other events from Galerie Olivier Waltman