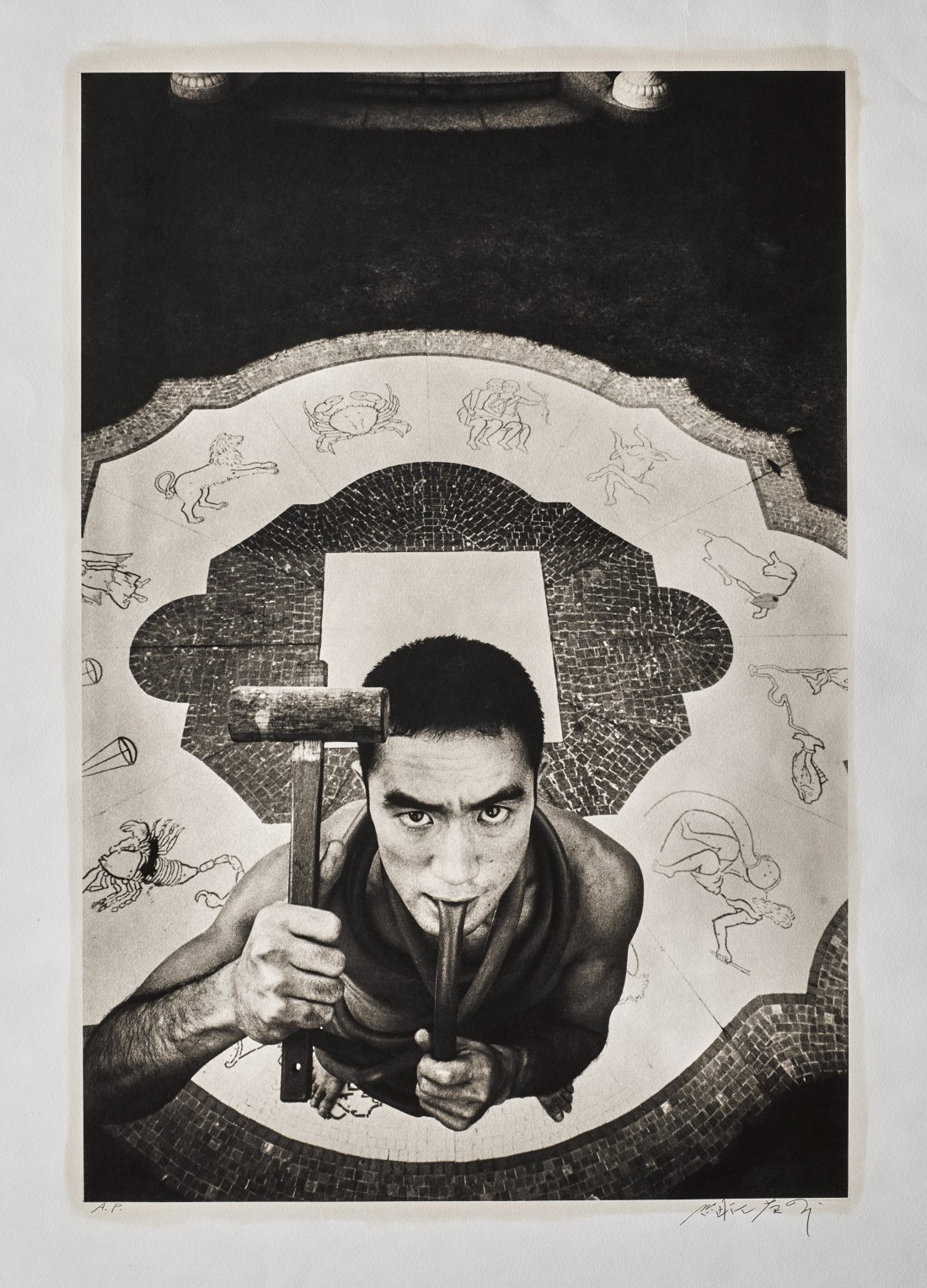 In Barakei, Mishima, always stripped bare, is alternatively captured in the kitschy gold setting of his home in Tokyo and in Hijikata’s deserted dance studio. The other shots pay tribute to his love for European Renaissance painting, and, in particular his very sensual iconography of the martyr Saint Sebastian.

“My ideal artist is an artist who has a real political or sociological
intention concerning the preoccupations of their era and
who is successful in doing so
by innovatively creating a discernible piece of work.”
Eric Mouchet
Exposition "Barakei"
From 27 october to 23 décember 2016
opening thursday 27 October from 6pm
Other Info:

Image credits from top to bottom: