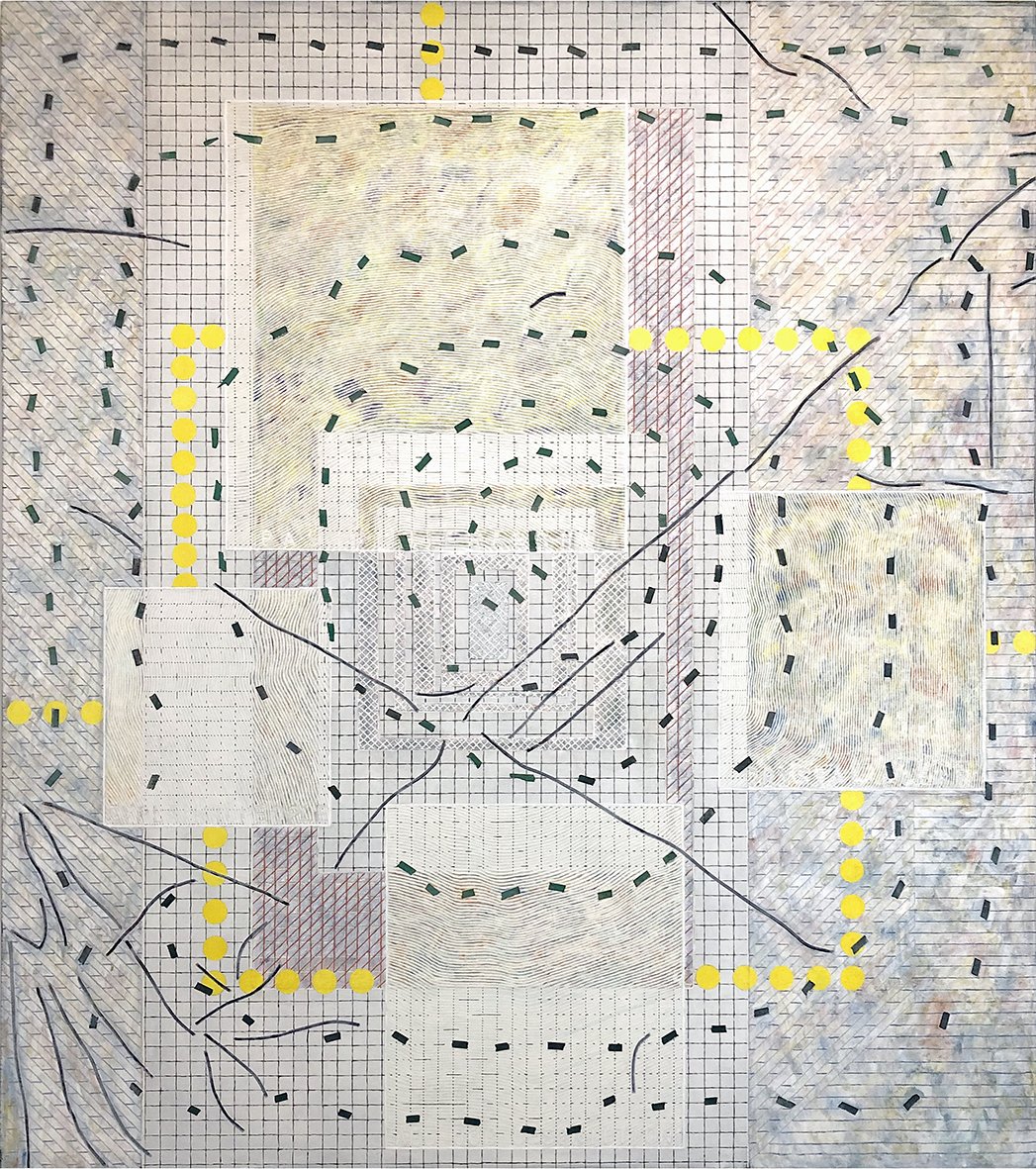 Patrick Howlett’s recent paintings, while developed over a period of years, seemed to intensify since the spring shutdown. Certain slow emerging ideas and visual metaphors took on a stronger presence. Patterns and layers on top and beside each other helped to emphasize a repetition of days with nervous energy. Building on an interest in esoteric abstraction, the diagram, and self-improvement guides, this varied group of new works continues the artist’s practice of finding metaphors that connect procedure, object and ideas.

The exhibition is loosely inspired by research into humoral theory: a set of ideas rooted in ancient Greek and Roman medical philosophy and expanded upon over millennia. The idea of four humours - fluids in the body that have intrinsic qualities manifesting in the character and health of individuals - places the microcosm of the body into the macrocosm of the natural world. Body and mind are inseparably together. Barley soup generates flatulence, but is good for hot temperaments. The goal was an equilibrium of forces.

In subtle ways, the works layer forms and ideas in a process that keeps both adsorption (the accumulation of substance on a surface) and absorption (the ability to be assimilated by the body or substance) continually in play. What if we considered paintings as some kind of digestion, combining imagery and gesture with multiple and sometimes bloated results, undeniably tempered, if not balanced? The use of repeated forms and motifs brings an ornamental emphasis to the surfaces, creating rhythms that accumulate and juxtapose without becoming predictable or flat, but might be thought of as recipes, organs, bodies, microbes and petri dishes of fluid marks and collections of patterns that have filtered through mind, body, hand and material in search of some kind of balance.